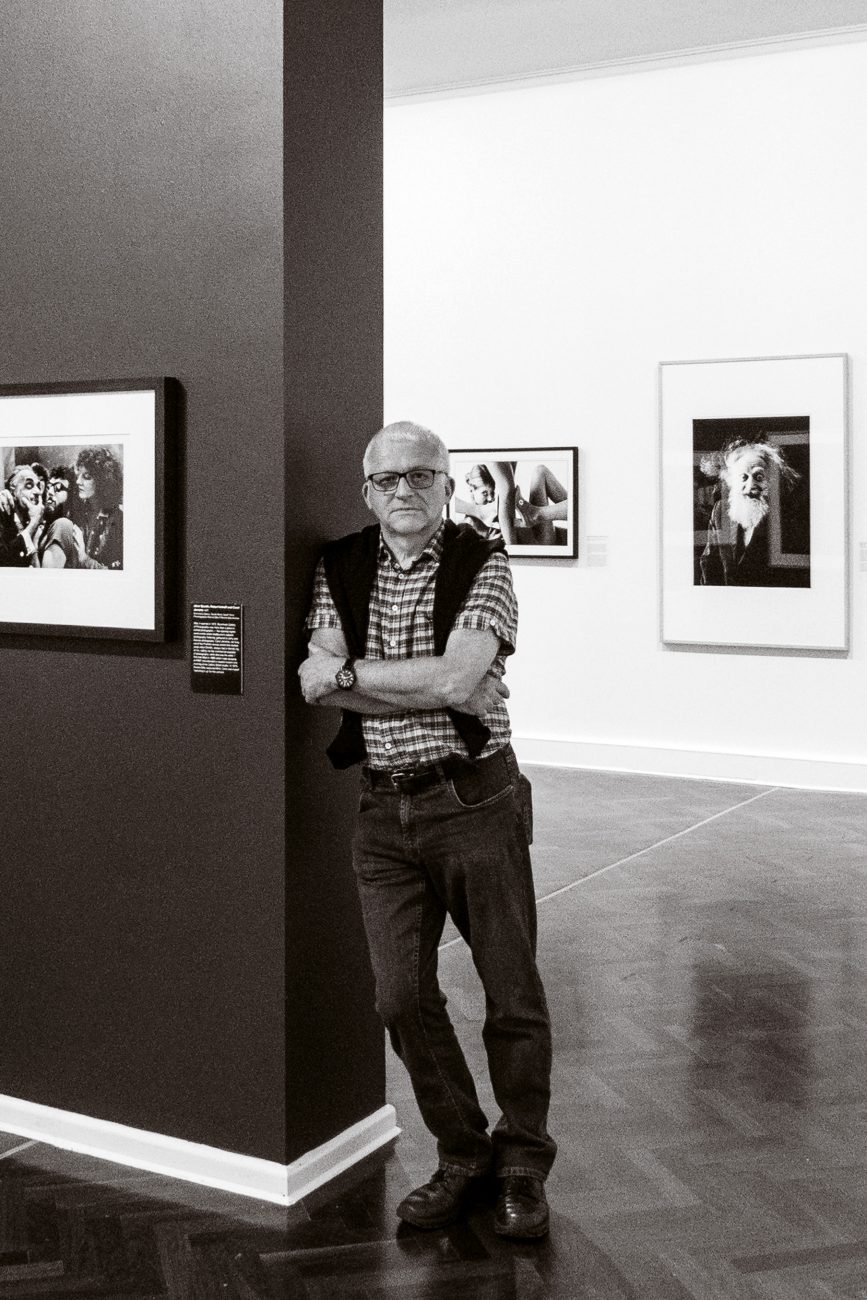 I’ve always been an opportunist, even as a kid. When I was seven years old I grabbed the chance to get a portrait of Prince Phillip, Duke of Edinburgh, at the Olympic Games Village in Melbourne, sliding through the legs of the adults to land at his feet with my Kodak Brownie E-Box.

When I started out in the late 60s the advertising world was very different to the way it operates today. I’d find a way into an agency, usually through the mailroom, as I knew I’d never get past the receptionist. Once inside I’d walk around with my portfolio chatting with the art directors. They assumed I was there doing business, and that’s how I won several jobs early on.

The best portraits are taken when the subject is relaxed in that moment between shots. Shooting commercially you get to experiment with a variety of styles, but my personal favourite is portraiture. I’ve been fortunate to photograph many celebrities and sports stars over the years, as well as heads of state.

Often I’ve photographed people who aren’t used to being in front of a camera. In 1987 I was shooting a portrait of an advertising executive. She told me she needed a cigarette and asked if she could take a break during the next film reload. Sure I said. Keeping one frame on the roll I suggested she remain in the same position. Once the cigarette was lit she relaxed and I was able to capture the look I was after.

I know light. Studying the Renaissance period and how artists use light made me look in a different way. My hand is my light meter, it’s my grey card.

Sometimes random people come across your path and you know instinctively that you have to take their picture. I remember one day a chimney sweep coming to my door. I was in the middle of a food shoot with a client. I asked the client to step out while I pulled the set apart with my assistant and got George the chimney sweep with his buckets and brushes into the studio. I didn’t get him to clean my chimney, but I did pay him for his portrait.

Always look after your crew. I’ve shot over 300 television commercials and I’ve always worked on the premise of paying my crew first. I recall one job where the agency was behind with payment. I’d asked them politely a few times to make good. I drove my car up to the front door of the agency one evening and blocked the exit until they paid what they owed me.