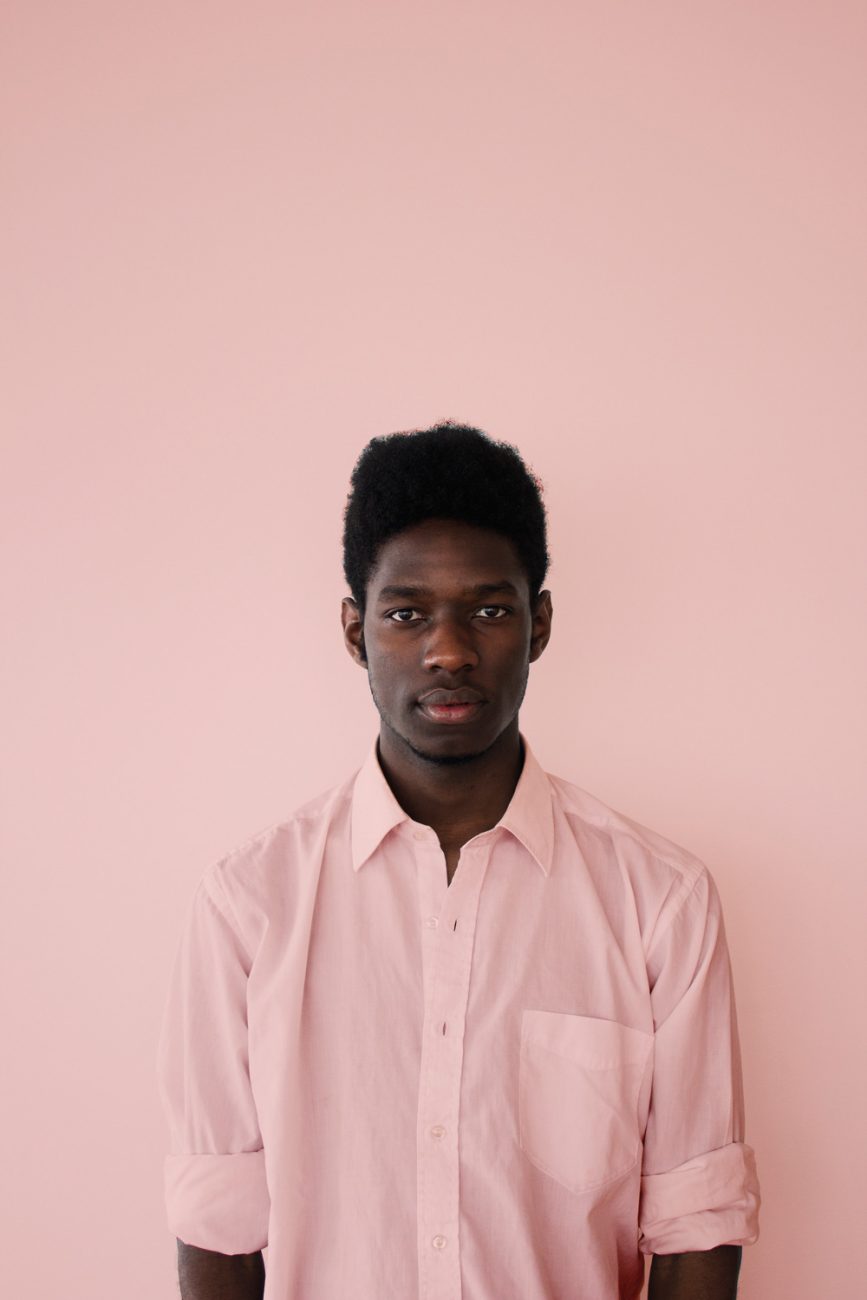 It’s an art tradition that goes back centuries. Robert Burrowes has spent a long time thinking about beauty: what constructs it, what is essential to it. Over the course of a year he distilled his musings into a photographic series, the last few frames of which took home the 2014 Canon EYEcon trophy in his category.

Burrowes started off by documenting moments of “hidden beauty” in his everyday life: ordinary snapshots of the overlooked. As the series progresses, the images become simpler as Burrowes refines the same subjects down to pure colour and form, removed from all context. What remains: the curve of a line, the companionship of two colours, the glow of a cheek. “An aesthetic in its simplest state,” he says.

Burrows learned to shoot on a $30 plastic Holga he acquired at 13. It was the ideal training ground, he says: every image had to be well considered due to the cost of developing film. These days, the images Burrowes publishes online have a powerful sense of peace and solitude. You wouldn’t guess he was 16 and still has another year of high school to go. For starters, he rarely photographs himself (“narcissism brings judgement and self-doubt”). Rather, photography is how Burrowes communicates his ideas to the world, since expressing any of them is futile at school. Art subjects aren’t highly regarded at Wellington College, but Burrowes threw himself into as many as possible—design, photography, art history.

“Art has always been something where I can express how I feel without being abused for my opinion, but also where my opinion can be appreciated.”

The winning shoot was straightforward: the model, a friend, poses in his school shirt in Burrowes’ Wellington living room. It wouldn’t have seemed right to over-complicate things, and the judges agreed, praising Burrowes’ lighting and subtlety, and noting that his entry would have challenged the tertiary award.

For Burrowes, the affirmation couldn’t be better timed. The world of fashion beckons, and with a recent shoot for Fader magazine under his belt as well, he’s looking forward to spending a lot more time on the subject of beauty.