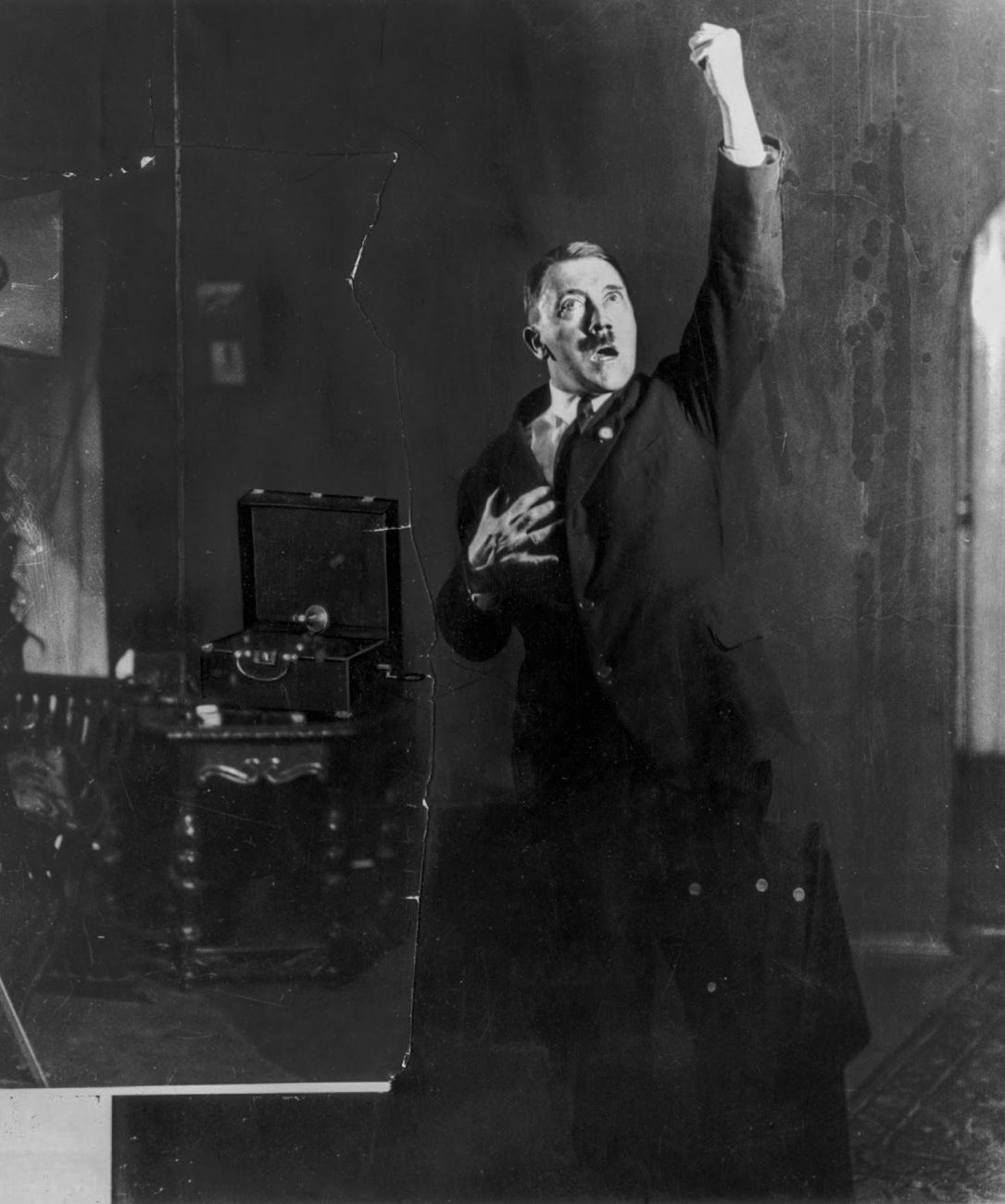 On December 20, 1924, a small group drove up to the gate of Landsberg Prison, in Bavaria, to collect a friend, released that morning. Heinrich Hoffman got out of the car, greeted the inmate, Adolf Hitler, and took his photograph.

It joined an archive of many hundreds. Hoffmann had been working in his father’s Munich photographic shop since 1908, and had a keen interest in politics. He served as an official photographer in World War I, and in 1919 documented the short-lived Bavarian Soviet Republic.

Hoffman was a card-carrying member of the National Socialist Party, and, since 1921, had been Hitler’s official photographer. Only he was permitted to point a camera at the Führer.

During the prelude to war, Hoffman shot a series of propagandist photobooks carefully contrived to lionise Hitler: Jugend um Hitler (Youth Around Hitler) appeared in 1934. Three books: Hitler in Italy; Hitler befreit Sudetenland (Hitler Liberates Sudetenland) and Hitler in seiner Heimat (Hitler in his Home) were released in 1938 as the Nazi propaganda machine hit full steam.

Hoffman captured the moment in 1926 when Hitler, for the very first time, extended a straight arm and open palm at eye level to salute a march-past of stormtroopers—the gesture that still defines fascism today. He was there to photograph the Beer-Hall Putsch, when Hitler overthrew the Bavarian Government. He introduced Hitler, in 1929, to “an attractive little thing” called Eva Braun.

Hitler had assumed power in large part thanks to his storming oratory theatrics, a skill honed, the story goes, during his public diatribes in the beer halls of Munich. The Führer had a standard formula; start out measured and even, then crank up the volume, the vehemence and the calisthenics, extracting maximum fervour and foment from every drop of lager his audience quaffed.

Hitler had always been painfully aware that he was, ironically, the physical antithesis of the Aryan paragon his regime deified, and he went to great lengths to distract attention from it. Hoffman was Hitler’s mirror.

Like all professionals, Hitler made grandiloquence look natural, but in fact, he worked at it assiduously, practising not just his words, but his workout. He rehearsed poses and expressions, developed sequences of moves and gestures, each timed meticulously to emphasise some thunderous denouncement.

Like so many bullies, Hitler’s Achilles heel was self-image. One of his greatest fears was to appear ridiculous. In 1933, Hitler ordered Hoffman to destroy all images of him wearing lederhosen. Once, at his mountain retreat, the Berghof, Hitler castigated the photographer for grabbing a frame of him playing with a terrier.

“A statesman does not permit himself to be photographed with a little dog. A German sheepdog is the only dog worthy of a real man,” he chided.

Hitler had always been painfully aware that he was, ironically, the physical antithesis of the Aryan paragon his regime deified, and he went to great lengths to distract attention from it. Hoffman was Hitler’s mirror.

Those photos are revealing indeed. Hitler’s persona, his histrionic deliveries, convinced the German people that here was the man who would restore them to greatness. But Hoffman’s images strip away the Emperor’s clothes: we see instead a weakling, summoning all of his acting skills. The poses are variously absurd, faltering, timorous. Here, we see Hitler half-formed, shield down.

And he knew it: he ordered Hoffman to destroy the images. Hoffman did not—they appeared in his memoir, a decade after the end of the war.

In May 1945, Allied forces jailed Hoffman for “war profiteering”, and the bulk of his work was seized by the US Army. Those images are now held by the National Archives and Records Administration—the world’s most valuable record of Hitler’s rise and fall.