Touted as the most hotly-anticipated camera of CES, the GH5 is designed as a hybrid camera, adept at both photos and videos. But video is where its really shines. All that remains from the GH4 is the battery—everything else has been updated. It shoots 4K video at up to 60 fps, equipped with a micro four-thirds, 20.3-megapixel Digital Live MOS sensor and a five-axis image-stabilisation system. Its new Depth from Defocus AF system is designed to be twice as fast as the GH4, with 225 selectable AF points. There’s a built-in microphone, the option to set-up in-camera focus pulls, and internal 10-bit 4:2:2 video recording. Its OLED electronic viewfinder has increased in size to 3.68 million dots with 0.76x magnification. Shooting in RAW, there’s an 100-image buffer, and a 6K photo mode that allows users to extract 18-megapixel stills from video footage. It’s freezeproof to -10 degrees, resistant to dust and water—designed to be used in the field. 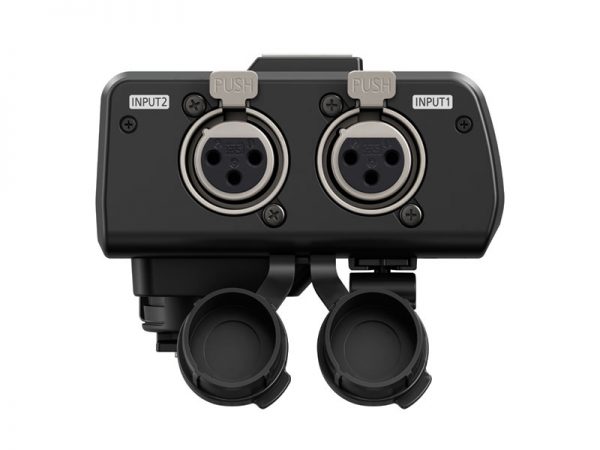 The shoe-mounted XLR microphone adaptor is designed to expand the GH5’s audio capabilities, giving it two professional-grade XLR inputs, enabling videographers to use broadcast-level microphones. Powered by the GH5’s battery, audio from the adaptor is transferred internally to the video file on the camera’s SD card. There’s also a shoe mount, enabling users to add a microphone, wireless microphone receiver, or video light.