An attractive rangefinder-style camera, the Lumix GX8 follows in the footsteps of its parent, the GX7, but with a few tweaks which improve its ergonomics. Its two main dials are large and easy to reach, and with the addition of an exposure compensation dial, accurately controlling the exposure settings is quick and easy.

The GX8’s tilting, built-in electronic viewfinder (EVF) is one of the largest viewfinders on the market, and is very pleasant to use—smooth, bright and high resolution. Compared with a DSLR’s optical viewfinder, the GX8’s EVF has extra benefits such as a real-time exposure preview, focus peaking, and a decent picture for manual focusing. It makes me wonder if the traditional optical viewfinder still has any advantage over the EVFs found on mirrorless cameras.

The image quality from the 20MP sensor is good, and dynamic range is excellent. Even with the increased resolution, the high-ISO performance remains pretty good—even at ISO 6400, the quality of the images is still decent. 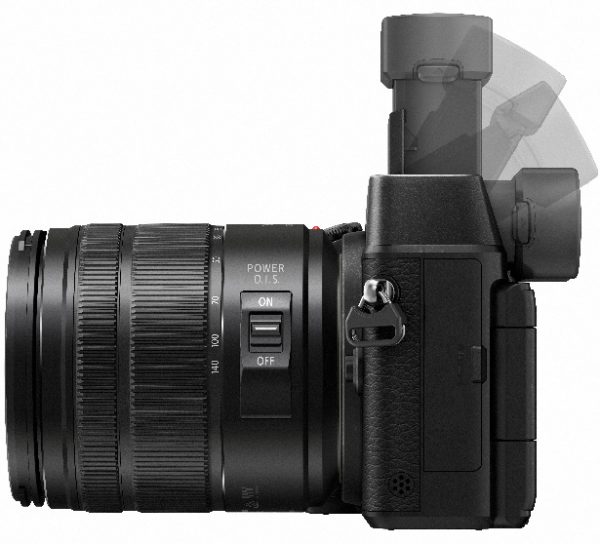 The maximum burst rate has been increased from 5fps to 7fps, or 10fps with the GX8’s electronic shutter—that’s double the GX7’s burst rate, on top of a 25 per cent increase in image resolution.

But a high burst rate isn’t much good if the autofocus system can’t keep up with it. Fortunately the GX8 has an excellent autofocus system thanks to new depth-from-defocus technology (DFD) by Panasonic—it’s lightning-fast and snaps instantly to your target. I was most impressed by its tracking capability, which is usually the weakness of contrast-detection based autofocus systems. The GX8 tracks moving targets quickly, accurately and reliably. I would say its tracking performance is on par with the phase-detection autofocus system found in many DSLRs.

When it comes to video recording, the GX8 can capture full-HD as well as 4K video. While the maximum bit rate isn’t particularly high, videos from the GX8 are of very good quality, and better than most cameras in the same price range. The in-body image stabiliser cannot be used during video recording, so you must resort to the electronic stabiliser and the lens-optical stabiliser in order to keep the footage smooth.

The GX8 is the second iteration of Panasonic’s GX camera line, but with the dramatic step-up in features and build quality, this evolution is a revolution.