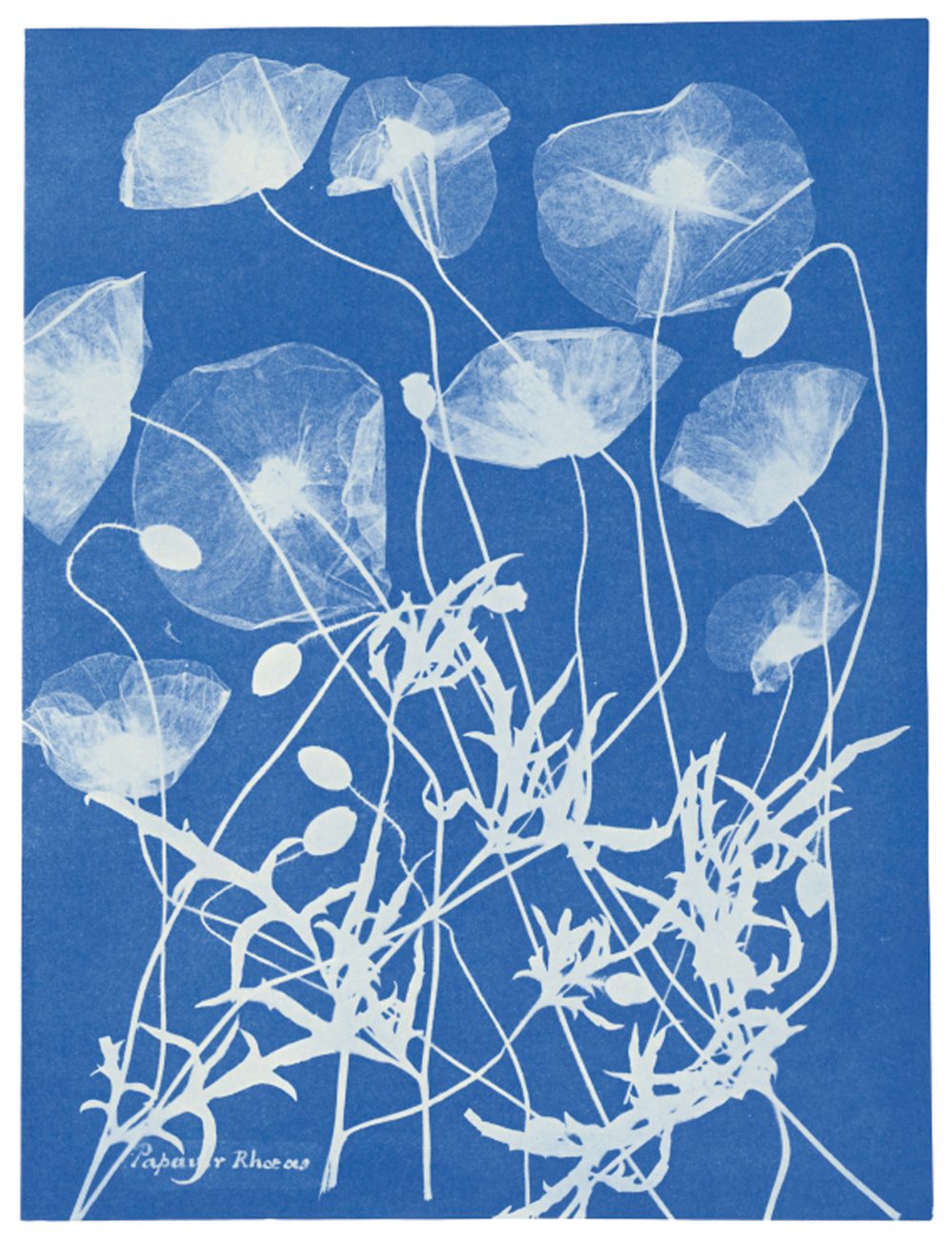 Imprints would define the life of Anna Atkins, but none so crucial as the impression left by a charmed Victorian childhood. Tinkering with her father, John Children, in his amply equipped home laboratory at Tonbridge, in Kent, her destiny was drawn. Children was a scientist and a luminary of the Royal Society. It was his scholarship that lent Atkins “an unusually scientific education for a woman of her time”—being the early 1800s, when young women were largely primed for domesticity.

Atkins had a curious mind, but she also had a creative bent. Her earliest scientific endeavour was helping her father produce 250 detailed engravings of shells, but she found drawing tiresome and painstaking. Salvation came one day in 1839, in a letter from a friend of her father’s—William Fox Talbot. The inventor had been experimenting with a ‘photogenic drawing’ process, in which he placed objects on light-sensitised, salted paper. By leaving the arrangement in the sun, Talbot was obtaining life-like images, making, he wrote, “every man his own printer and publisher”.

Or every woman. Atkins at once understood the potential for scientific illustration, but innovations were coming apace: in 1842, the astronomer Sir John Herschel announced he’d found another way to render permanent images onto paper. His cyanotype process fixed pictures by painting a somewhat hazardous solution of potassium ferricyanide and ferric ammonium citrate onto a paper, cloth, or other porous material, then left to dry in the dark.

Similar to Talbot’s process, an image was left behind after exposing the paper and subject to the sun. A complex catalytic reaction in the irons produced a characteristic Prussian blue dye, which set off white image highlights. Herschel’s works soon became known as blueprints.

Atkins was an admirer of the Irish botanist, William Harvey, who had published A Manual of the British Marine Algae in 1841. It became the standard reference book, but suffered from a glaring omission: no illustrations. Atkins would rectify that. The art of blueprinting, she wrote, would bypass “the difficulty of making accurate drawings of objects as minute as many of the Algae and Conferva” by making direct impressions of the plants themselves. She used the same method to render the title pages and contents lists, realising Talbot’s augury on the future of publishing.

Atkins self-published the first volume of her photograms in October 1843, making her work, British Algae: Cyanotype Impressions, the first photographic book on record. (By 1841, Atkins also had access to a camera, which made her one of the earliest female photographers, but none of her work survives). Over the next decade, she released the rest of the work in parts, as was the practice of the day—around 400 prints for each copy.

Seventeen copies are known to exist today, testament to the durability of Herschel’s process. That rarity, and the book’s historical significance, mean it now fetches huge sums: a copy with 382 prints in two volumes, once owned by scientist Robert Hunt, sold at auction in 2004 for £229,250.