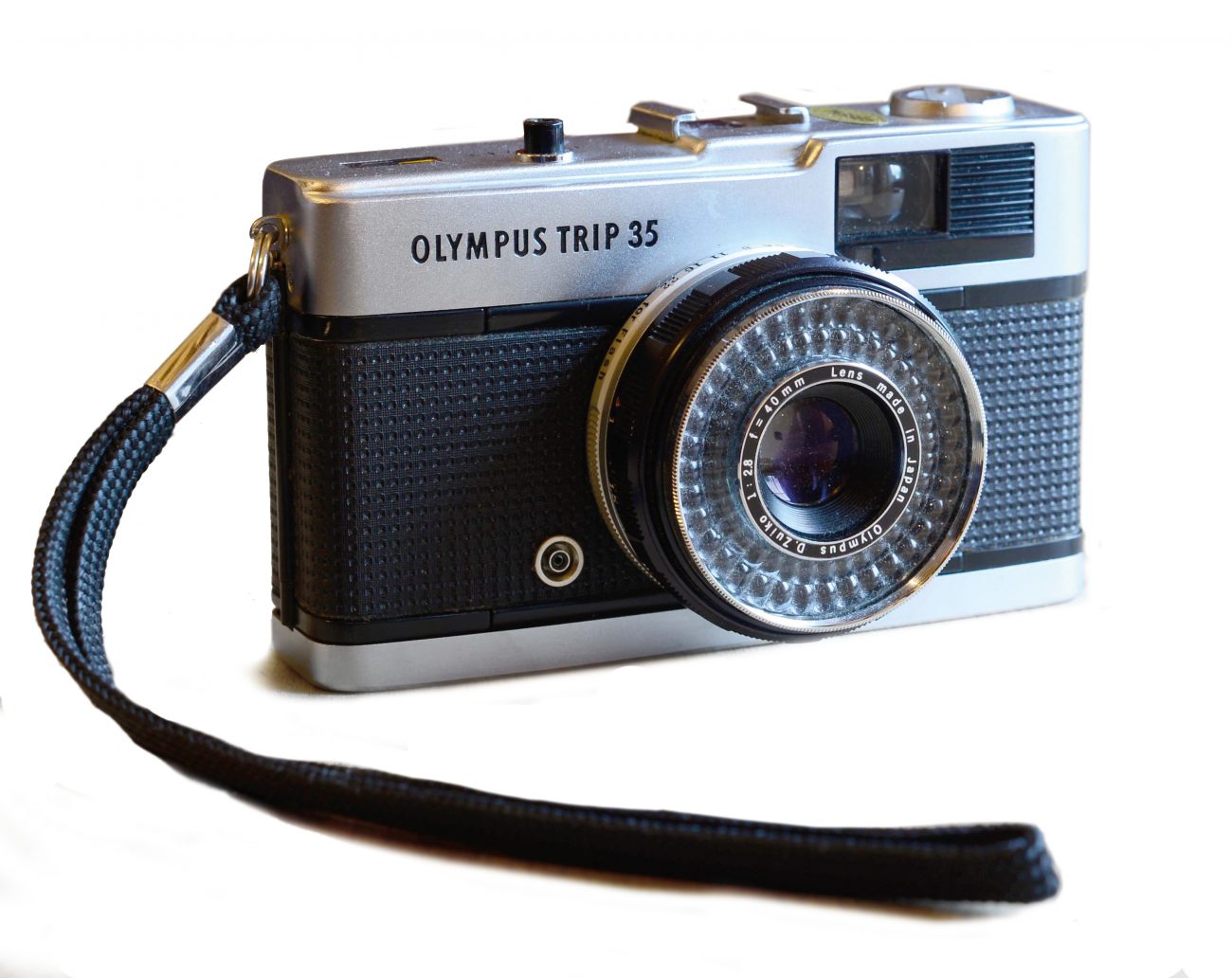 It was an advertisement, not photography, that turned David Bailey into a household name. In a long-running series of British television commercials, a number of snobbish photographers asked him, “Who do think you are, David Bailey?” The joke was on them—his slim point-and-shoot always proved to be better than their fancier kit.

The commercials worked: more than ten million Olympus Trips were sold between 1967 and 1984. The strapline, ‘So simple, anyone can use it’, also held true. It was a camera to capture holidays with, in places far from spare batteries or electricity, durable enough to be bashed around—thanks to its metal body—and small enough to be slipped into a pocket. Its main innovation was that it didn’t require a battery: rather, its light meter and automatic exposure system were solar-powered by a selenium photo-electric cell connected to the lens aperture.

Set to ‘A’ mode, the camera would select the shutter speed and aperture based on its light reading, and if the light was too low, a little red flag popped up in the viewfinder. At that point, the photographer was supposed to attach a flash to the hotshoe.

It came with a non-interchangeable Zuiko 40mm f/2.8 lens. A focus ring was marked with symbols representing distances: a head-and-shoulders for one metre, two figures for two metres, three figures for three to six metres, and mountain peaks for a long distance.

Because there were so many Trips manufactured, they are inexpensive to buy second-hand, and there are an abundance of online guides dedicated to their restoration and use. They’re simple and they’ve stood the test of time, with the lens generally remaining very sharp, and their near-silent shutter makes them attractive to street photographers.

David Bailey couldn’t escape them, either. Decades later, he was still being asked, “Who do you think you are?” several times a day, he told The Guardian grouchily. But his frustration at actually being recognised can’t have been too bad: he appeared in another series of television commercials for Olympus in the early 2000s.