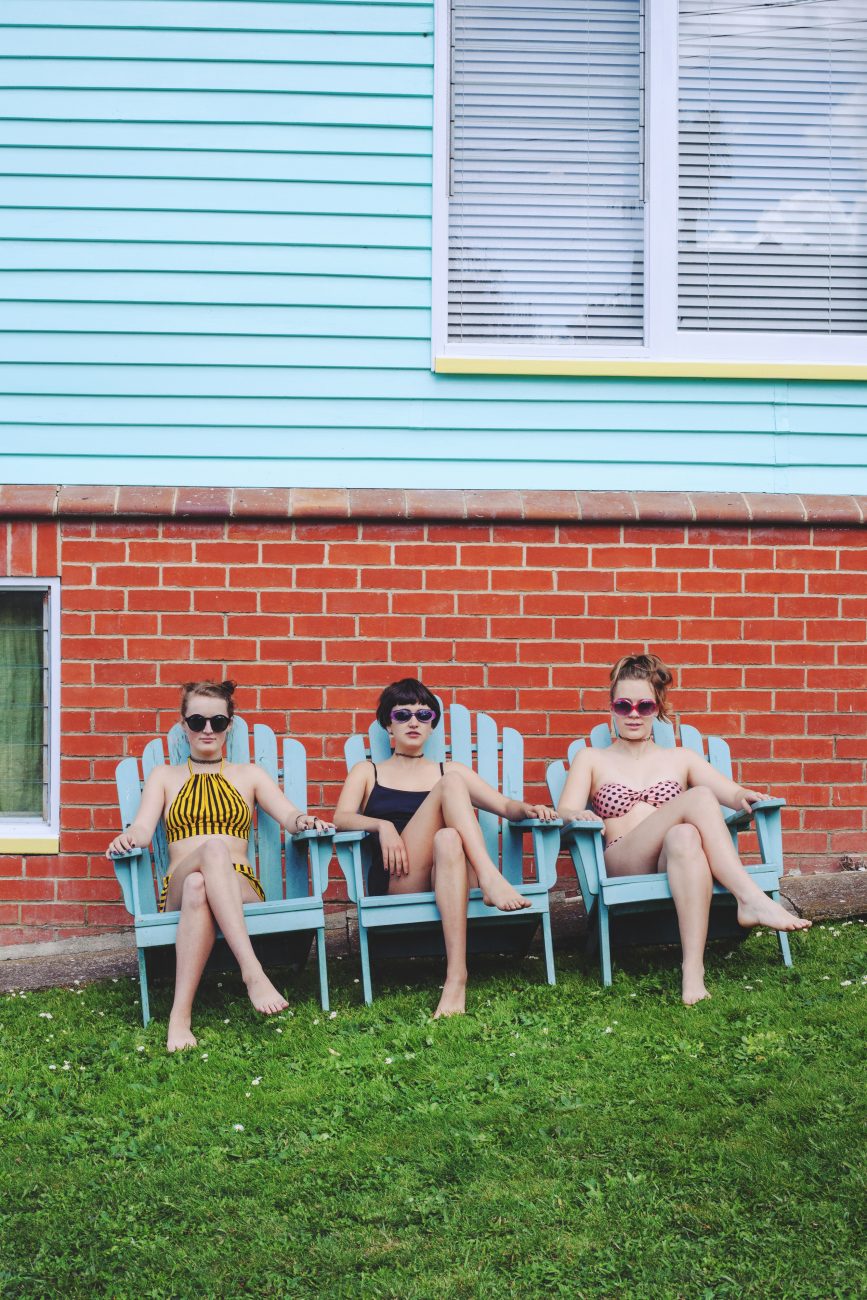 Swapping photos for gig tickets is a pretty good trade when you’re in high school. As a teenager, Frances Carter spent a big chunk of her spare time documenting shows for local music websites such as Under the Radar, Cheese on Toast and Einstein Music Journal. When she moved on to study visual arts at AUT, it was her name that came up when fashion photographer Oliver Rose was looking for someone to shoot stills for a Bic Runga music video. Sony liked Carter’s images and bought the rights to them, while working with Rose became a regular assisting gig. “Being linked up with him gave me legitimacy,” says Carter. “What people need when they start is someone that’s a little bit deeper in the industry just to be like, ‘Yep, they’re cool’.”

Carter’s next big break came from Facebook. For one of her university projects, Sleepers, she photographed 25 people against the backdrop of their childhood duvet covers. “The idea was that would be some link between their childhood and their early adult self. It was really tenuous.” It was also really memorable; she put the series online and says she’s still occasionally recognised as “the duvet girl”. Wellington-based photographer David James, who Carter has never met, liked her Facebook work and recommended her for a lookbook shoot he was turning down.

Carter says that being seen at New Zealand Fashion Week with Rose, shooting for Glassons’ blog and having her portrait series appear in Remix magazine were other big factors in achieving cred. “As soon as you’ve got a name that everyone knows, they just assume you know what you’re doing,” she laughs.

Not that Carter was picky; she had a rule of agreeing to any client.

“When you’re just starting out you don’t have the reputation or the skills to think you’re too good for anything. I did the most ridiculous jobs. I used to do photos for a children’s clown and go with him to birthday parties. He was my best client for two years, but I never told anyone, I never put it on my website.”

Carter also makes the odd music video, but her first project, a treatment she pitched for a young singer-songwriter she came across at a party, fell through. Carter met Ella Yelich-O’Connor long before anyone knew her as Lorde, was taken by the erudite teen and offered to photograph her. “She was like, ‘Oh actually do you want to do a music video? I’ve got this song…’” Carter’s treatment was dropped after ‘Royals’ became a hit, but when she heard US-based Nylon magazine was looking for a Lorde portrait, she reapproached Yelich-O’Connor on Facebook and got the go-ahead.  Carter organised a friend’s house as a location and borrowed some dresses from Ponsonby Road store Miss Crabb for Yelich-O’Connor to wear. Nylon never paid her for the shots, but Carter sent a couple of the images to Kristine Crabb, thinking she’d be chuffed to see Lorde wearing her label. Carter now shoots everything that appears on the Miss Crabb website.

Carter has given up shooting gigs, now—late nights don’t work with a day job, and the music scene doesn’t let you pick and choose: you either do all the shows or none of the shows, she says. But she still shoots musicians for the cover for street publication Fold, and it’s clear the music world is one she’ll return to. “It’s always easier to photograph a pretty girl in a pretty dress, but it’s not quite as satisfying. I go back to the music photos and I still love them two years later whereas the fashion photos—pretty girls, pretty dresses—they’re all kind of the same.”

Right now, what she’s creating is too ephemeral for her liking—she has big ambitions of making the kind of work that sticks in memory. “I like creating documents, basically—anything that has some sort of place in history. I know fashion can do that, but I don’t think the work that I make does at the moment.”

Her dream job? “Being the tour photographer for a band. You get to travel, see the shows and have all the fun, but nobody knows who you are.”