The 24–70mm is travel photographer Chris McLennan’s most-used lens—the one he’s most likely to pick up and take for a walk when he arrives in a new location, and the one he’ll pack to cover an event or capture a landscape. It’s now the first Nikon lens in this focal length to have vibration reduction (VR) added—a full four stops of it.

It’s also the first in the Nikon range to incorporate an aspherical extra-low dispersion glass element (ED), which corrects lens distortions such as colour fringing and flare as well as lateral chromatic and spherical aberrations.

Meanwhile, its silent wave motor has been completely redesigned, resulting in an autofocus speed that is 50 per cent faster than its predecessor. Its electromagnetic diaphragm mechanism, signified by the E in the lens name, provides better control of the lens diaphragm, especially at rapid frame rates, while nano crystal coatings have been applied to the interior elements to further minimise lens flare and ghosting. “On the charts, the lens is slightly sharper than the older version, which was already amazing,” says McLennan.

It’s a dramatic change in optical design from its predecessor. The new 24–70mm has a larger front element, and contains 20 elements in 16 groups, whereas its predecessor had only 15 elements in 11 groups. It also contains an extra aspherical element—that’s the ED one from the lens’s title, responsible for greater sharpness and accuracy. 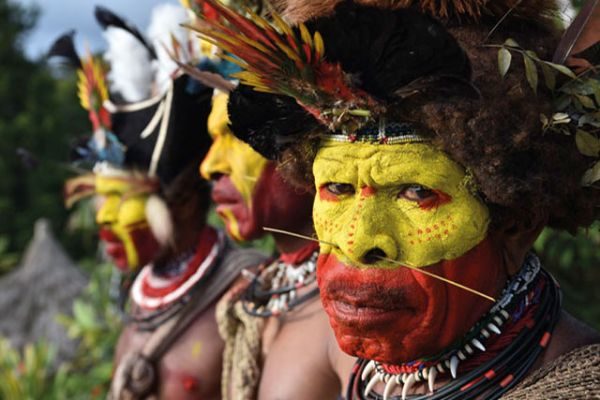 The lens has been designed for use in the field, and is protected against rapid fluctuations in temperature and sudden shocks. A fluorine coating on the front element repels water droplets, dust, grease and dirt.

Manual focus override allows photographers to switch between AF and MF systems simply by rotating the focus ring. But for McLennan, it’s the image stabilisation aspect of the lens that he’s most excited about. “Having VR on my go-to lens is such a bonus—I wonder how I got on without it before.”