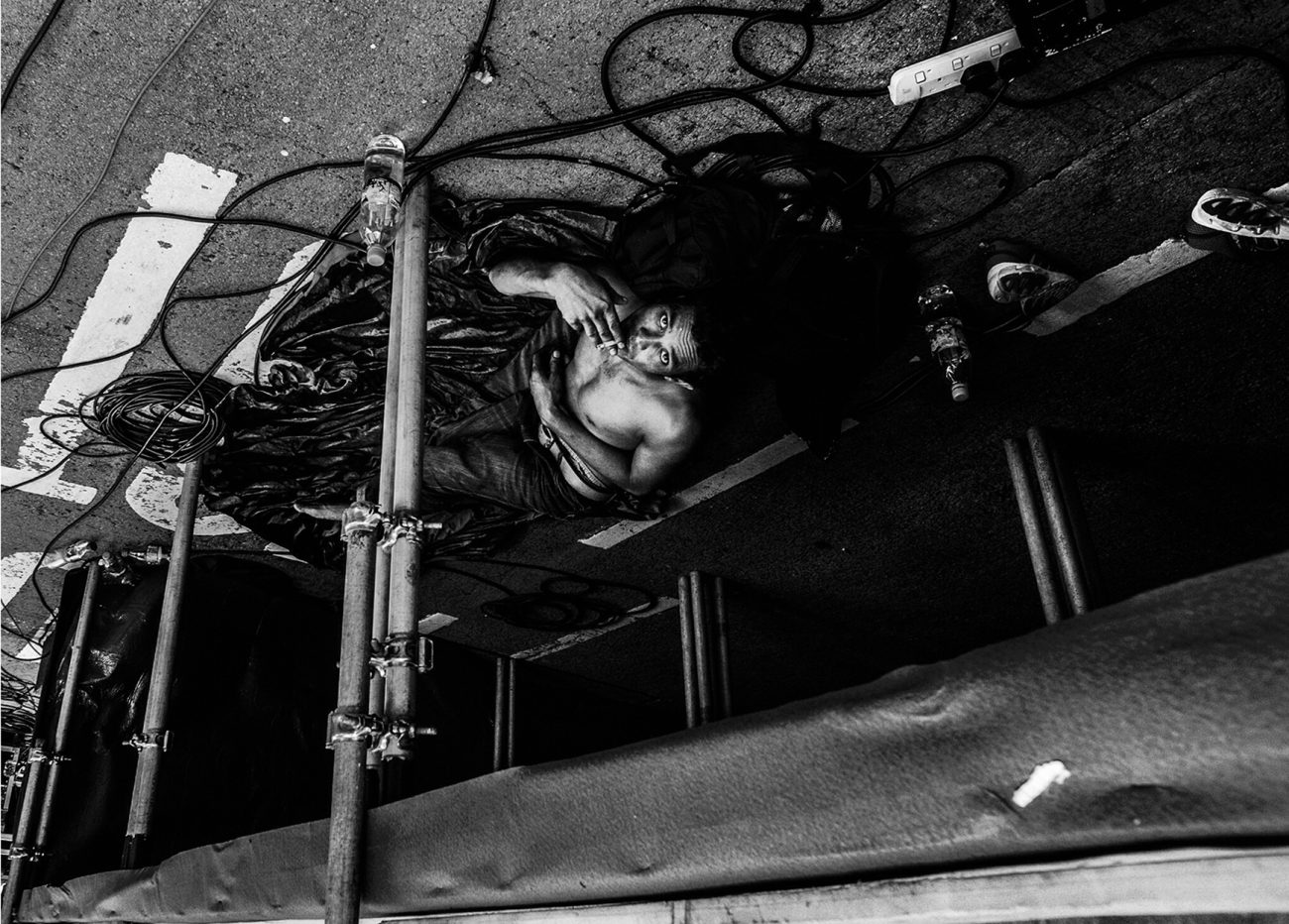 Xyza Cruz Bacani works six days a week, as she’s done since she was a teenager. But after hours, she roams the streets, her camera held low. From the Mid-Levels, where she looks after seven children and an elderly woman, to her favourite neighbourhood of Sheung Wan, to more far-flung suburbs such as Mong Kok, she shoots until she captures a moment she feels proud of. “The one that gives me that feeling, like I have won something,” she says. And then she keeps shooting.

At 19, Bacani left her hometown in the Philippines to become a domestic worker in Hong Kong—a more-than-full-time job assisting a Chinese-Australian family with housekeeping and childcare. Four years later, her employers loaned her the money to buy a camera. Now 27, Bacani photographs every day, even if the only subjects she has available are her workplace, her employers, or the walk to the Park ‘n’ Shop down the road.

“Photography for me is a need, not just a want,” she says. “Even one photo a day, or inside the house, I find something to shoot.”

But it’s night that she really enjoys, when the people on the street loosen up and become more expressive. Dressed in black, and with a slim X100T merging with her clothing, Bacani is just another young Filipina. “Most of the time people don’t notice me at all because I don’t use the viewfinder, I kind of shoot blindly,” she says. “It works for me because I’ve been doing that for a long time, so I know the focal distance of the camera. When I use the viewfinder, then people notice me.”

Her mood determines what she observes on the street, she says. “My photography is a visual diary of my emotions, my feelings. So if I feel happy, I see happy people.”

Often she captures her subjects through glass, past doorways, or divided from her by barriers imposed by stairwells, trams, buildings. She says it’s a reflection of the isolation she feels. “I’m a loner actually, I don’t really talk to people that much. I just like observing people.”

Moreover, Hong Kong isn’t home, and because domestic workers can’t apply for permanent residency, they can end up vulnerable and dependent on their employers. Last year, Bacani began volunteering for Bethune House, a shelter for abused domestic workers which is aiming to raise their status in society. Bacani created a photo essay which, in January, won a Magnum Human Rights Fellowship, gaining her a place on an intensive course at New York University in May. She has mixed feelings about leaving the family she’s worked with for eight years.

“I love my job. It’s not different from being a banker or a manager or anything that people to do earn a living. It’s an honourable job—I’m not stepping on anybody, so I’m proud of it. But I started way too young and I feel I need to do something to improve myself.”

In the meantime, she reads books to feed her imagination. Her favourite author is Tolkien. She likes Haruki Murakami, and the Game of Thrones series, but says it’s inferior to The Lord of the Rings. “For me, when you feed your brain, you can see. When you don’t read or you don’t experience life, you cannot shoot life.”