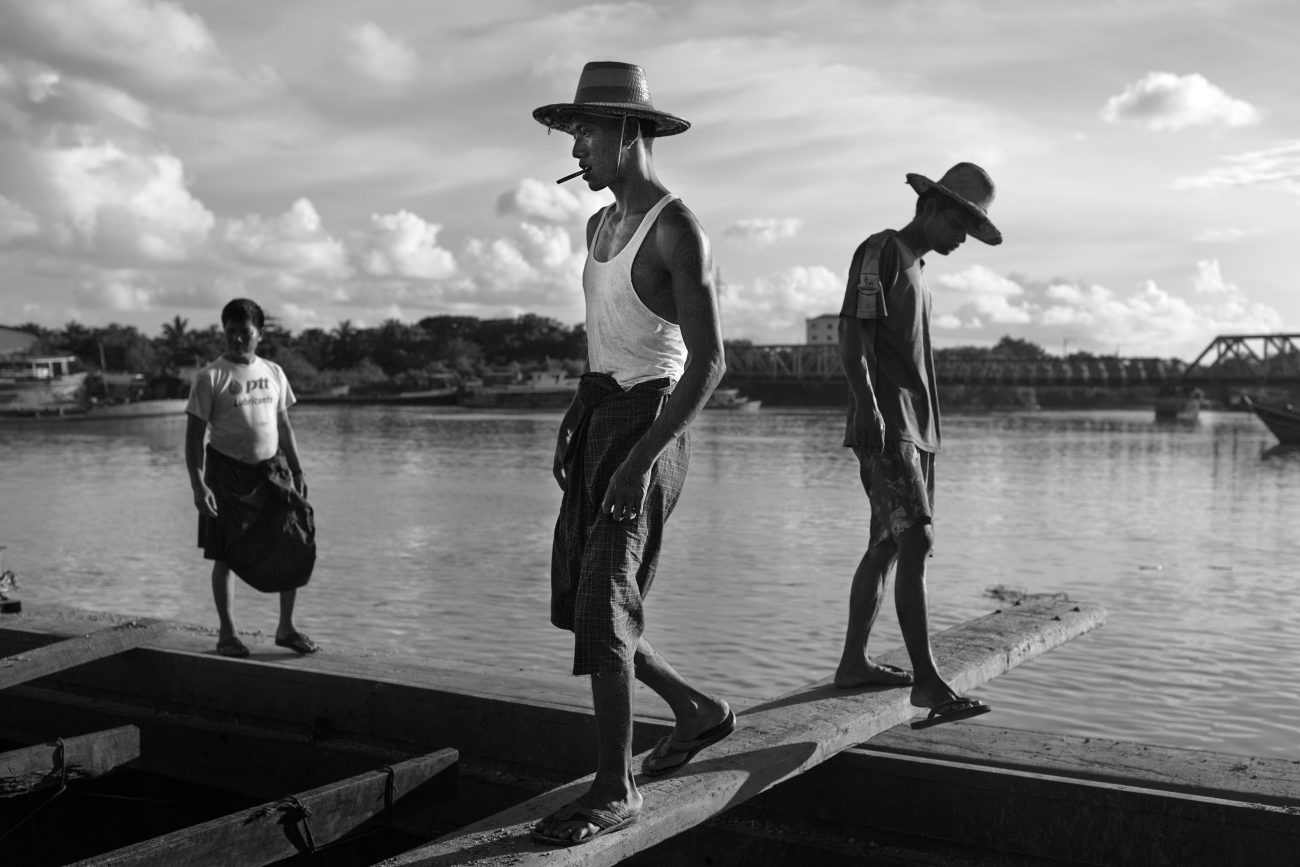 Following graduation at the International Center of Photography in New York City, I had a technical understanding of photography, but was surrounded by a multitude of questions about how to get started in the business of photojournalism.

Like many photographers I wanted to travel abroad in an effort to begin defining my own sense of the craft within the wider landscape of photography. Inspired by the work of photojournalists in the later half of the 1990s, I sought to create simple, effective images that might increase understanding and tolerance between cultures.

I’d entertained pursuing conflict photography, having been captivated early in my career by Jim Nachtwey’s photograph of a Bosnian boy—his head cropped from the eyes up at the bottom of the frame, and a landscape of war-torn buildings behind him. But being honest with myself I knew that relocating to Syria or some other hotspot wasn’t my place.

Instead I moved to Myanmar, a country opening up to the West, but not without its political and economic struggles. I had studied in Thailand during college and longed to return to Southeast Asia, so my move was motivated by both that and a colleague Lauren DeCicca who was to arrive in Myanmar around the same time.

The first months weren’t easy. We were greeted with the rainy season and three months of almost no sunlight. Clothes wouldn’t dry, mosquitoes thrived and the streets filled with gutter overflow daily. It seemed as if we were sick all the time, including a particularly nasty round of dengue fever.

However as the year progressed, my reasons for being in Myanmar changed. My photojournalism became more based on my own experiences rather than fashioned from the biography of my photographic heroes. I learned that the stories you want to do and the way you want to see them executed may not be what you are currently capable of, either for reasons of skill or access. In your head you may be shooting for National Geographic but in reality you may be lucky to swing a local newspaper spread. Instead you’ve got to focus on making the work.

And now, after almost a year struggling to hone my photographic skills to facilitate change in unfair and unbalanced parts of the world, I’ve realised that the most important aspect of my photographic journey is friendship. Lauren and I helped each other through rough patches in our photography, changing life views and shared the weight and sorrow of watching a beautiful country and its people being cashed in for giant condos and bigger expense accounts.

It’s been important to stop worrying about being published and about who won what award for what work. I’ve been thinking instead about the consequences of my actions, of the images we make and how we fit into the larger picture. I’m open to being inspired by others, but push myself to be innovative.

We’ve also experienced the country opening its arms. Looking past the rapid economic expansion and corruption are a people of true, heartfelt kindness, with the ability to still co-exist with nature. In these moments, the months of difficulties would disappear into the deep waters of the Irrawaddy.

I felt a deeper sense of care for Myanmar, its people and the issues they face and as a result I’ve begun to feel more qualified to create work.

Ultimately I’ve learned that you’ve got to make sacrifices for this job. Health, family, friends, lifestyle; it’s all fair game. But, if you can keep getting up day after day and grab your camera then you might be on to something.