Amanda McErlich and her colleagues go everywhere the Defence Force does. Sometimes that’s Antarctica, or the Richmond Ranges, or the Chatham Islands. Sometimes it’s Palmerston North.

Say the words ‘military photographer’ and most people would picture an independent photojournalist embedded with the military during conflict—but around the world, public-affairs photographers provide painstaking documentation of day-to-day activities. It’s up to McErlich and a small team of photographers to create a record of what’s happening at home and abroad, and although it’s a job she stumbled into, after nine years, she’s in no hurry to leave.

It started with a photography certificate that McErlich gained from a Christchurch institution in 2007. She was looking around for an apprenticeship when she came across a job advertisement for the NZDF—and from there, everything happened in a rush. She had little more than a month to prepare for the 14-week physical training course that every single Air Force recruit completes—photographers included—which was followed by another 14-week stint of intensive photography training.

“The course I did in Christchurch was more of a fine-arts focus,” she says. “This was very much more technically driven.”

Nowadays, she has little in the way of a daily routine. McErlich might be documenting a military operation of exercise, a national ceremony or visiting dignitaries, making portraits or photographing equipment.

“Yesterday it was just formal service portraits, environmental portraits,” she says. “We also do technical photography, such as aircraft damage—we might have to hold a flash and bounce light off a part in a certain way to show a crack. The variety is phenomenal.” 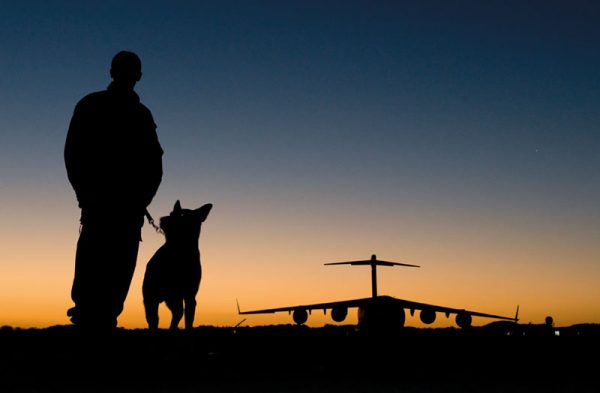 She photographed Their Royal Highnesses when the NZDF escorted Charles and Camilla around the country, and joined a Navy vessel monitoring fishing activity in Antarctic waters as part of an international operation. “We had to travel in a RHIB through a field of icebergs—there were a couple of illegal fishing vessels,” she says. “End of last year, I went to the Chatham Islands with MPI and the fisheries team there, doing inspections and making sure people adhere to quotas—I took photos of the boats and recorded the Navy and MPI working together.”

Most of the military’s major training exercises take place overseas, too—with McErlich joining RIMPAC in 2012, Ex Talisman Sabre in 2015. In 2016, she travelled to Florida for the Invictus Games, a Paralympic-style event where wounded armed services personnel compete.

Since being seconded into a managerial position in the public affairs office in Wellington, McErlich’s role has become more desk-bound than before. But not entirely. Shortly after the November 14 Kaikoura Earthquake, she was on board the HMNZS Canterbury. The town was cut off by road, and it was up to her to document the delivery of supplies and the evacuation of people by sea, her pictures among the few filtering out from the damaged region.