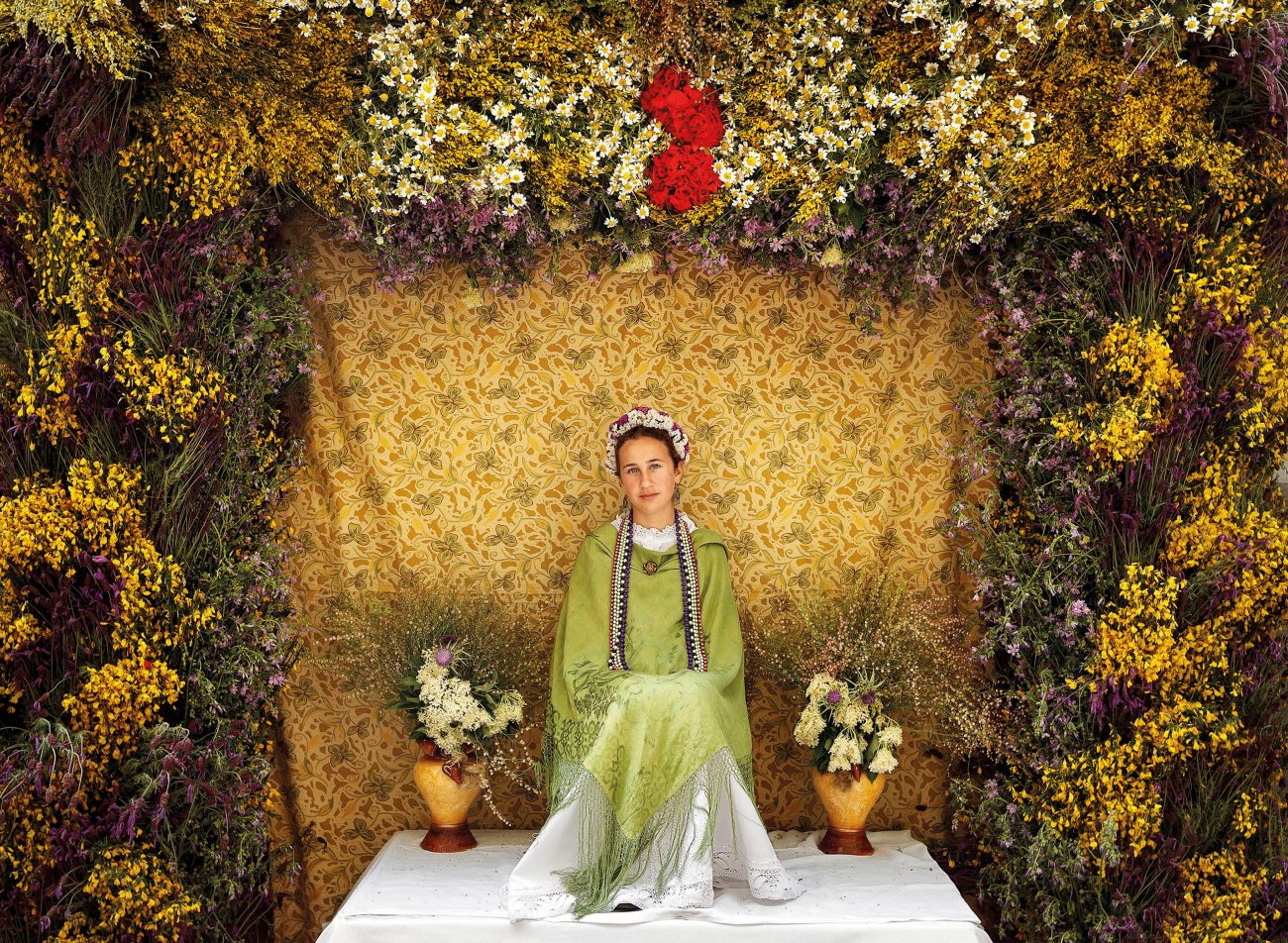 There’s the one where turnips are thrown at a man dressed in body armour—the symbolic punishment of someone who stole cattle several centuries ago. Or the one where men dressed in floral jumpsuits and cone-shaped hats ride through town on donkeys. Or the one where a child dressed as an angel flies high over the village square, suspended from wires like a character in Greek theatre. And then there’s the town of Colmenar Viejo, where, every spring since the Middle Ages, a handful of girls are dressed up and placed on altars festooned with flowers.

Associated Press shooter Daniel Ochoa de Olza documents news for money, and festivals for fun—and his homeland is full of them.

Last spring, he travelled to Colemenar Viejo, a town of around 40,000 people. It’s not exactly rural—Madrid is only 30 kilometres south—but its rite of spring takes place nowhere else. Altars are built on the streets and elaborately decorated with flowers and herbs, while a handful of girls between the ages of seven and 11 are chosen to become ‘las mayas’, dressed up and crowned with flowers.

Then they sit, for hours, as people wander past to admire the various displays. Musicians roam from altar to altar, singing about each girl’s beauty. The mayas have flocks of attendants, younger girls in white dresses and black shawls, who extract money from passers-by in exchange for brushing their jackets clean.

Afterwards, everyone goes to church for mass.

Ochoa de Olza’s portraits are eye-catching for their colour and detail, but they also reward viewers who spends a little more time with them. Beneath the patterned fabric, the long-fringed scarves and the beaded necklaces, the girls are bored. Maybe even fed up. Ochoa de Olza captures them looking defiant, irritated, nervous, haughty.

“The pictures are very simple,” he told National Geographic, “but they have layers. That is what I like about shooting traditions. It’s another way of telling the story of my country. And I am discovering those traditions myself. They will last a bit longer than the breaking news that will be gone on a week. Traditions will evolve over time, some will disappear completely.”

Spain might have a particularly rich and strange array of celebrations, but Ochoa de Olza points out that investigating long-standing festivals is universally rewarding.

“We are all doing strange things in all parts of the world,” he says. “And I find it interesting in the 21st century we are still doing these festivals—it is a way to see where we are going and where we have come from—looking back to look forward.”