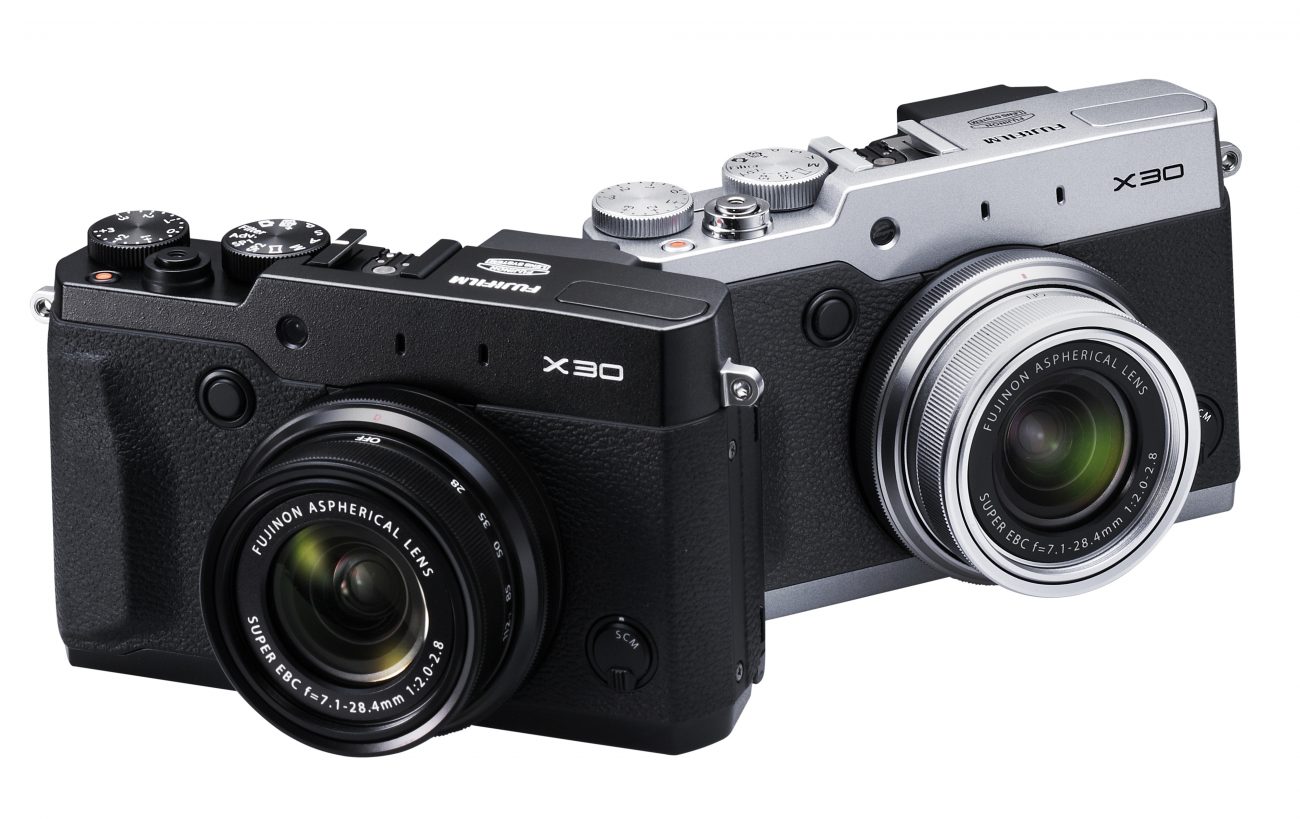 After releasing the highly successful Fujifilm x100, Fujifilm followed the same design philosophy and created a compact version of that camera, the Fujifilm x10, a rangefinder camera with a relatively large 2/3” sensor.

I really liked the x10’s retro design, mechanical controls and optical viewfinder and I bought one for myself and carried it around with me all the time. That was back in 2011. Fujifilm has just announced the third generation of this premium compact camera, the x30. While it remains largely unchanged in terms of style and key features, there are a number of changes and improvements under the hood.

The x30’s 12MP CMOS sensor and 28-112mm f/2-2.8 (35mm equivalent) lens are both inherited from its predecessor, the x20. This combo creates really nice pictures with pleasant ‘Fuji’ colours. Maximum ISO is 12,800, which is pretty high for a compact camera, but I would keep it below ISO 1600 to maintain good picture quality. Luckily the large f/2.0-2.8 aperture and the built-in optical image stabiliser help keep the ISO value down when shooting under low light.

One of the main updates is the x30’s viewfinder. The optical viewfinder has been replaced with an electronic viewfinder (EVF). The original optical viewfinder wasn’t that big, so I was surprised Fujifilm managed to fit in an EVF. This meant I was skeptical about the EVF’s quality, but it turned out my worries were unfounded. It’s surprisingly good: the image is large and of high resolution, the colours are nice and there isn’t much lag. The LCD screen has also been upgraded to a high-resolution 3.0 inch tiltable one.

While the battery life on the original x10 and x20 were not bad, the x30 uses the larger battery from the x100. This has improved the battery life significantly. A single battery easily lasted me a full day of heavy use while the previous models would only make it through half a day at most.

Just like its predecessors, the x30 heavily relies on direct mechanical controls. Behind the mechanical zoom ring there is a new customisable control ring. This gives the user another level of control on top of the existing exposure compensation dial and rear dial. The camera body, dials, and lens barrel are all made of metal, giving it a sturdy, durable feel. If you enjoying holding a solidly built camera and fiddling with the dials, you’ll definitely love shooting with an x30.

With the larger battery and tiltable screen, the x30 has grown a little bit in size. It can still fit in a large jacket pocket, but probably not in your jeans.

The original x10 was a very capable little camera but not without a few shortcomings. Two generations down the track, the x30 is a much more refined camera. The new EVF and tiltable screen make the x30 more practical. In some ways, it has lost the old-school feeling of the x10, but it remains a solid camera with matching picture quality.