Jacky Russell lost her father earlier this year. He was a veteran of the Vietnam War, and among his effects, she discovered a collection of transparencies—each a 35-millimetre-wide window into a world her father had never spoken about.

Russell didn’t have a projector, and contacted her friend, Kendra Rennick, a photo editor, to ask how to view them—the images hadn’t been seen in more than four decades. The golden tones of aged Kodachrome lent warmth to the pictures, but there was something else in them too: Camaraderie, perhaps, and the casual intimacy that is only present when the person in front of the camera knows the person behind it.

“They are images of 20-year-olds growing up. Boys being boys, if you will,” says Rennick. “They were images of the Vietnam War that I hadn’t seen before—playing guitar, sunsets, landscapes, crowded streets… the sort of pictures a tourist might take.”

The focus is sometimes out, the lens quality is far from perfect, but the emotional acuity of the images is unquestionably sharp. For Rennick, the images were also an antidote to press coverage of the war, where photojournalism of the day rewarded bold and impactful visual statements. Here were kids far from home, banging out chords on an acoustic guitar, hamming it up for the camera, playing basketball or snoozing in the sun… all of the forgotten moments before the horror.

The horror was recorded also, in a way. A shoe, torn to strips by an ordinance, lies on a jungle trail, presumably all that was left of a colleague. A solemn returned glance of a radio operator. An airman returning from an airfield, head in his hands. And more graphic material that Rennick says won’t be put on the web.

“The way the internet works, these pictures will get copied and posted out of context,” she says. “There’s mutual respect and agreement in the way these pictures have been shared with me, but on the internet I couldn’t control that. I want this project to be cathartic for the people who contribute to it.”

The Vietnam War was an unpopular and divisive conflict (some wouldn’t even call it a war) for the United States. And when the servicemen returned home (if they returned home) they had to endure jeers, humiliation and scorn.

For many, this was insult upon injury. While post-trauma stress disorder is now an accepted—even common—medical consequence of warfare, the mental scars borne by vets returning home from the killing fields of Vietnam were not recognised, or swept under the carpet by sufferers, or both.

Silence was the coping mechanism of choice, and a generation of children grew up under the quiet shadow of their fathers’ wartime service. The stories remained untold, and the slides remained unshown. 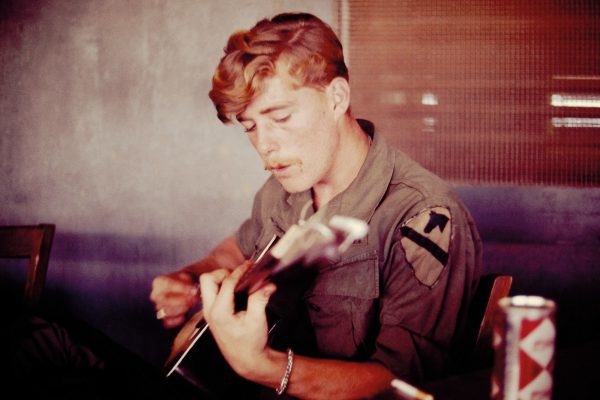 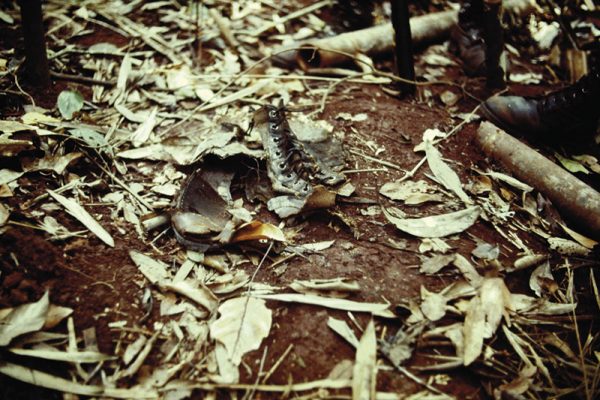 To date, Rennick has received about ten collections of pictures—some from vets themselves, others from families who want to honour the memories of those passed by adding them to this growing public record.

“At first the scope of the project was to share the archival photography because I thought it was beautiful,” she says. “But now I’ve met these families that have never properly connected with their parents, seen this unspoken history, so many stories, I think the pictures can open a forum where people can feel comfortable to talk about Vietnam, and recover their dignity.”

Slides are a photographic medium that are intended to be shown to multiple people at once, Rennick points out; it’s an assumption that’s baked into the format. “They were shot with intention of being shown to families and friends, and they’re not being shown. When they returned, these guys put them in the basement, never to be seen again.”

Those slides, and the spoken narratives that would have gone with them, are part of the healing process, she believes. For some, the opportunity has passed. For others, it can still happen.

“Jacky is happy that the images are getting out there,” says Rennick. “But she wishes we had started when her dad was alive so they could have talked about it.”

In time, Rennick hopes to have the collection recognised by the National Archives and the Smithsonian, to have a digital archive that would be an online slideshow of sorts, allowing vets to tell their long-overdue stories to families who have waited nearly two generations to hear them.