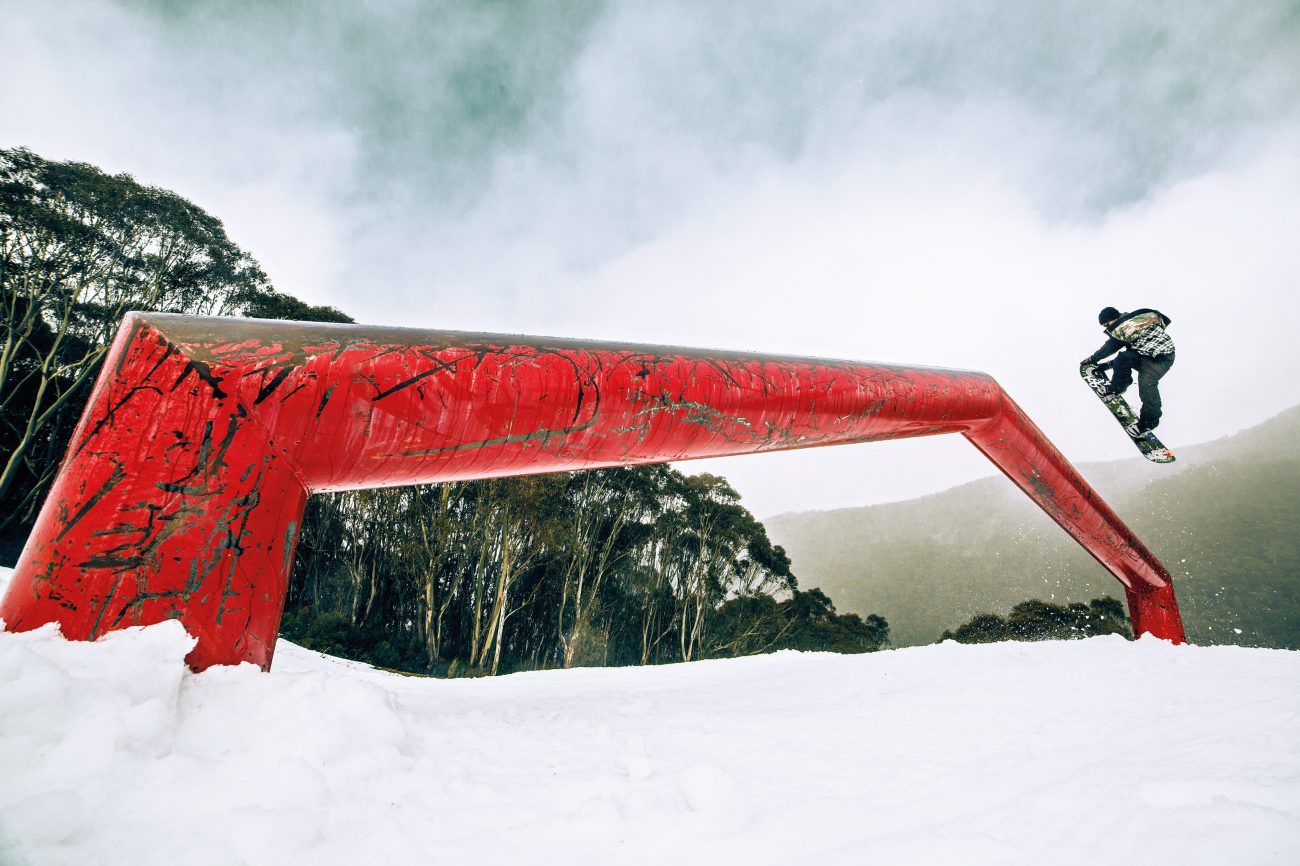 In the small Slovenian town where Janez Kocbek grew up, there’s snowboarding in winter, skateboarding in summer, and not much else, as far as Kocbek and his friends are concerned. A few years ago, they were getting pretty good at skating, but didn’t have any way of showing off what they could do, so Kocbek started taking his dad’s DSLR down to the skate park. “My dream was taking photos but I couldn’t really do that because all my friends and their sponsors wanted to have video,” he says. But he’d switch over to stills mode whenever his mates weren’t paying attention.

Kocbek was a fan of fellow Slovenian snowboarder Marko Grilc, the star of a Red Bull-sponsored web series, The Grilosodes. When Grilc posted on his Facebook page that he needed a photographer who could snowboard to follow him around the world for the series’ second season, 19-year-old Kocbek fantasised for a few moments, sighed and closed the tab. Twenty minutes later, he was back on Facebook, and the post was still there. What did he have to lose?

Within a fortnight, Kocbek was on a plane bound for London, then Halifax. It was his first time flying—and his first time shooting snowboarding. “I didn’t even know which angles to use,” he says, laughing. “I just used my skateboarding angles, and Marko was really into that, I guess.”

Kocbek had to learn the hard way. His camera, a cheap second-hand DSLR, had a broken autofocus and burst mode. “I always had to do so much stuff just to get one photo,” he says. “I had a 50mm lens and a fisheye. I think I was the photographer with the least amount of equipment.”

With The Grilosodes team—Grilc and two videographer/editors—Kocbek covered a lot of ground in six months, reaching Morocco, South Africa, California, Australia, and “pretty much all” of Europe, cranking out an episode every two weeks. “We were really hustling, really going for it, finding the snow and the locations,” he says. It was the ideal learning environment: no time for thinking, and constant practice.

As we speak, Kocbek, now 21, is in the middle of packing for a trip to Uzbekistan to shoot an event with Grilc—he’s just discovered that he’s flying there the following morning. The Grilosodes’ schedule is weather-dependent and erratic, making it a challenge for Kocbek to run his video production business on the side. He shoots commercials and music videos along with friend and pro snowboarder-turned-videographer Rene Strgar, and on his own, photographs fashion editorials for the likes of eyewear brand Melon Optics. This is the route he’d like to go down in the future: “Art and fashion stuff, someday. But for now I’m staying in sports.”

He’s also resisting the pull of motion. Video, he says, requires time to tell a story, but a photograph is more efficient: “You can tell so much more with just one moment.”