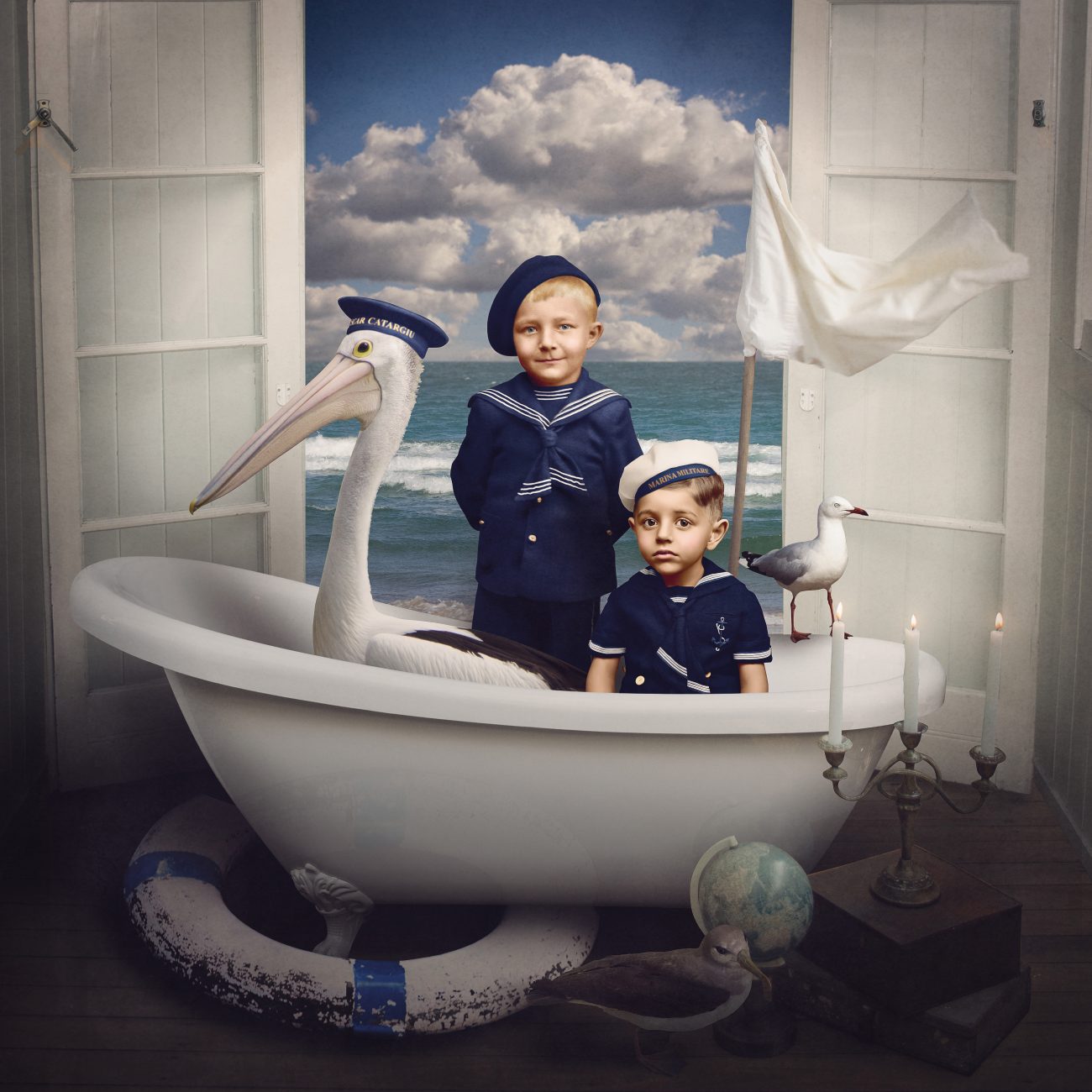 Costică Acsinte enrolled as a army photographer at the outbreak of the First World War, processing film for Romanian reconnaissance. Afterwards, he opened a studio, Foto Splendid Ascinte, in Slobozia, east of Bucharest, where he made glass-plate portraits of a huge cross-section of Romanian society. After the negatives were discovered in a barn, slowly degrading, local museum curator Cezar Popescu set about digitising them—a race against time to record Ascinte’s archive before it literally crumbled to pieces. Popescu wanted the world to see them, too, and as he worked, he uploaded each picture—stern-faced couples, carefully posed children, circus performers, elaborately veiled brides—to Flickr, beginning in 2013.

That’s where Brisbane digital artist Jane Long stumbled across them. She was looking for historic photographs that she could practise restoring, thinking that would add another income stream to her art and graphic design work. But she quickly became enamoured of the images she found, yearning for clues to the life Ascinte’s subjects lived beyond the plain grey backdrop of his portrait studio. “They were very sombre, and I wanted them to be very happy,” she says. “They’re just like you and me, and when you colour them up, you make them look just like you and me. I want them to be remembered as people who laugh and have fun and do silly things.”

Almost nothing is known about the people who appear in Ascinte’s images—more than 5000 of them—but the photographer had an eye for the whimsical. There’s a sour-faced man holding two birds, one in each hand, perfect mirror images of each other; a woman who has set up her sewing machine in an overgrown garden, a teenager nonchalantly balancing a child on one hand, a toddler holding a gun. 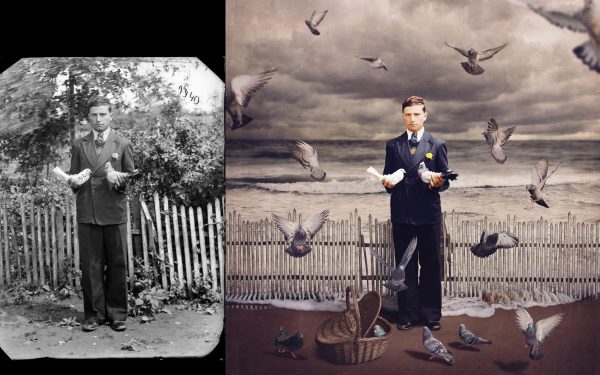 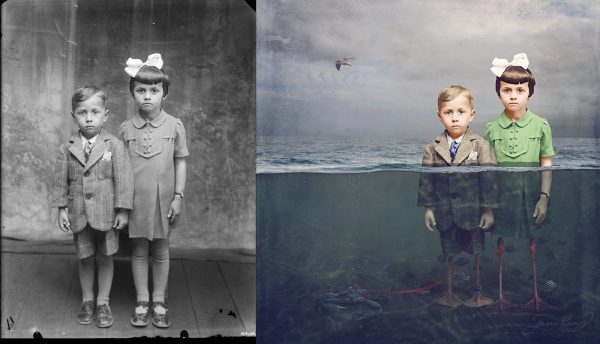 Long colourised the images, then composited backgrounds and props from her own photographs. “I’ve got a fairly extensive stock collection and I keep adding to that—because I want to match the lighting and the perspective. Costică’s pictures are all shot in his studio with the same lighting set-ups, which makes it easy to shoot a lot of props that are potentially going to appear in different images.”

She’ll visit antique stores to photograph lockets, keys, dolls and other paraphernalia; for one image, she spent several months trying to capture a pelican at the angle she needed. Her embellishments amplify the peculiarities that Ascinte originally captured. “This is in many ways a collaboration, albeit one with a photographer I have never met, and never will,” writes Long in her artist’s statement. “I wanted there to be some ambiguity about the images. Things that are almost real or not quite right. In my mind they became characters in tales of my own invention.”

When Long uploaded the work online, it took off. Her Facebook page added more than 10,000 fans in a week, people all over the world clamoured for prints, and the Romanian ambassador to Australia invited her to exhibit in its Canberra embassy. She’s just finished a major contract with record label Deca to design covers for an album, three singles and artwork for a 36-page booklet. “It’s launched me into a point where I feel like I can actually have a career as an artist.”