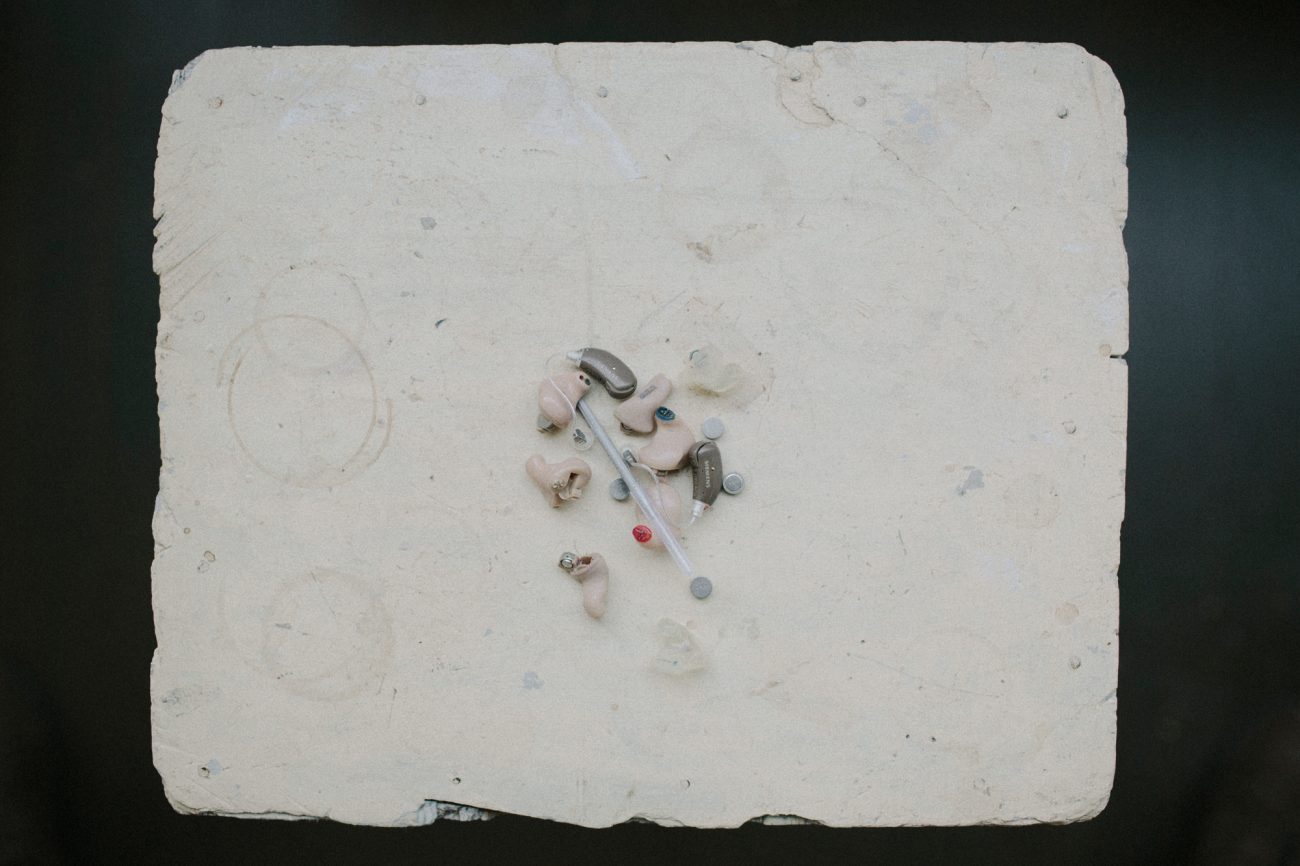 Kate Disher-Quill can only hear about 70 per cent of what you can, but you’d never guess. She doesn’t wear a hearing aid, and she doesn’t talk about it—until now. “All my life I’ve been pretending it didn’t exist,” she says. “I knew I really had to get over that.”

‘Getting over that’ involved documenting her hearing loss through the personal project Right Hear, Right Now. It won the 2014 Pool Grant and AU$10,000 for Disher-Quill to expand it further.

Why choose a visual medium to document something invisible? “The world has always been far more of a visual place for me, and I think my hearing loss has had something to do with that,” says Disher-Quill.

“The style in which I’m shooting this project is a more experimental. Even though it’s about a lack of sound this project is very much about sound, how people see or feel it. Vibration is a big thing for a lot of deaf people—so an example of that is trying to get a motion blur or something to represent vibration in a visual way.”

Right Hear, Right Now features still-life shots juxtaposed with photographs of journal-like pages handwritten by Disher-Quill. An unmade bed is paired with the words: “There is something comforting about silence.” A collection of hearing aids nestle together on a single page of paper, highlighting both their strangeness and the sonic blankness the world takes on without them. A blurry, dark image of an indistinguishable subject sits next to the story of how Disher-Quill was always the first to nod off at childhood sleepovers “because attempting to listen to gossip in the dark was pointless”. The shot makes as little visual sense to the viewer as night-time murmurings made auditory sense to her.

Depictions of other people’s experiences of hearing loss will be added to Disher-Quill’s in Right Hear, Right Now’s expanded form. “There are just so many things to explore. How do deaf parents bring up a hearing child?” she muses. Not only that, but how will Disher-Quill communicate those struggles and joys visually?

She has 10 months to figure it out. The project will culminate in a solo exhibition in May 2015, which will include “elements of film and installation,” she says. “I want to create a platform where people can access these stories and share their own.”