Running through downtown Seoul, Cheonggyecheon is a stream rich with symbolism for the South Korean capital. The history of the area is controversial and complex—just the sort of subject to attract Auckland-based documentary photographer Cam McLaren.

“It seemed to combine both the destructive and rehabilitative nature of humanity,” explains McLaren. “The idea behind this project is to treat the Cheonggyecheon stream as a life source.”

Used as drainage infrastructure during Seoul’s early modern period, the stream attracted a community of ramshackle migrant dwellings as the city’s population swelled, following the Korean War. Later, it was seen as a blemish on the rapidly urbanising landscape and the creek was covered over by an elevated highway; a two-decade project symbolic of South Korea’s rapid industrialisation.

In 2003, local government began the intensive process of removing the highway and reversing the environmental degradation which had caused the stream to all but run dry.

This restoration project has been praised by some as a major achievement in urban renewal, where cultural heritage, ecological value, commercial interests, and infrastructure resources have coalesced harmoniously. Others criticise it as an expensive exercise in greenwashing and historical inauthenticity.

It’s an enticingly tangled social situation, not unlike other multilayered topics McLaren has tackled, which include a series on New Zealand’s closed religious community of Gloriavale, and the country’s methamphetamine epidemic. 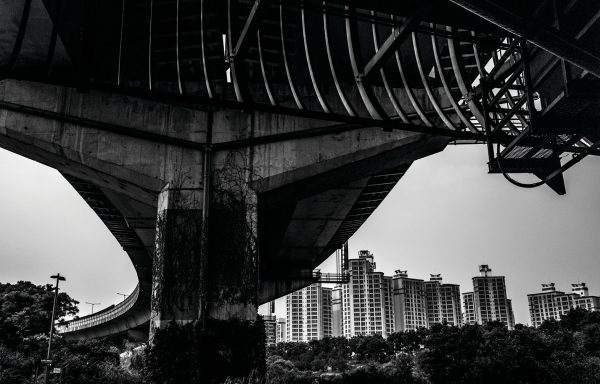 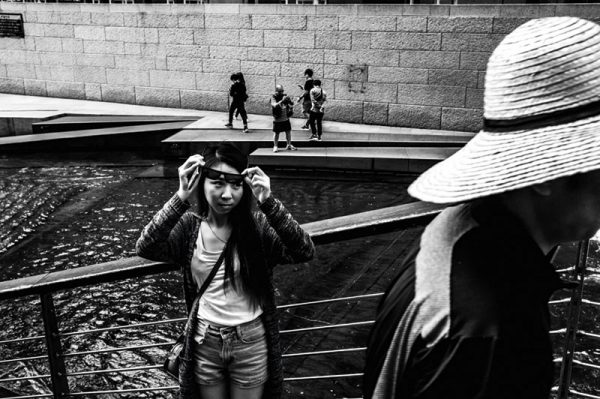 An interest in image-making nurtured early, McLaren worked with his photographer/director father in his home darkroom from the age of 11, and found a world of inspiration between the pages of photobooks in the family’s library.

“When I decided to pursue photography at a more serious level I knew that I had to explore personal projects,” he says. “There was no point of waiting for someone to ask me to shoot something for them.”

McLaren spent a few years developing his style, shooting predominantly in monochrome and drawn to situations affording him the opportunity to enter a community or become part of an environment. In the case of Cheonggyecheon, this meant a boots-on-the-ground approach, spending days walking up and down the 11-kilometre recreational space.

“Throughout this experience, and almost all others before this project, I have always tried to connect with people and the environment. For me that is the most important part of being a photographer. It means a great deal to me to be welcomed in by complete strangers and trusted in very personal situations.”

He recalls one particularly memorable experience when he had been wandering the restoration area for five hours, Leica M Monochrome at the ready, alone for most of the day. All of a sudden, he heard music and followed it to a gathering underneath a bridge—a party of elderly people.

“Even though they were getting on, they partied like they were 19,” recalls McLaren. “They wore the most amazing clothes—bright, pristine and all very unique. I joined them for a few hours and became part of the group. We drank beer and makgeolli together.”

Testament to the photographer’s skill for assimilating with his subjects, he was able to join and document the celebration without having a single conversation, as none of them spoke English.

This is one of many diverse experiences McLaren will eventually compile into a three-part book project, with each portion representing a different section of the stream, as well as a different season. His many trips up and down Cheonggyecheon have provided a solid beginning for the venture, but the photographer has no end point in mind as yet.

“Sometimes the finish line is clear, but usually not,” he says. “There are some projects of mine that I foresee going on for 10 to 20 years. These are usually the most personal to me.”