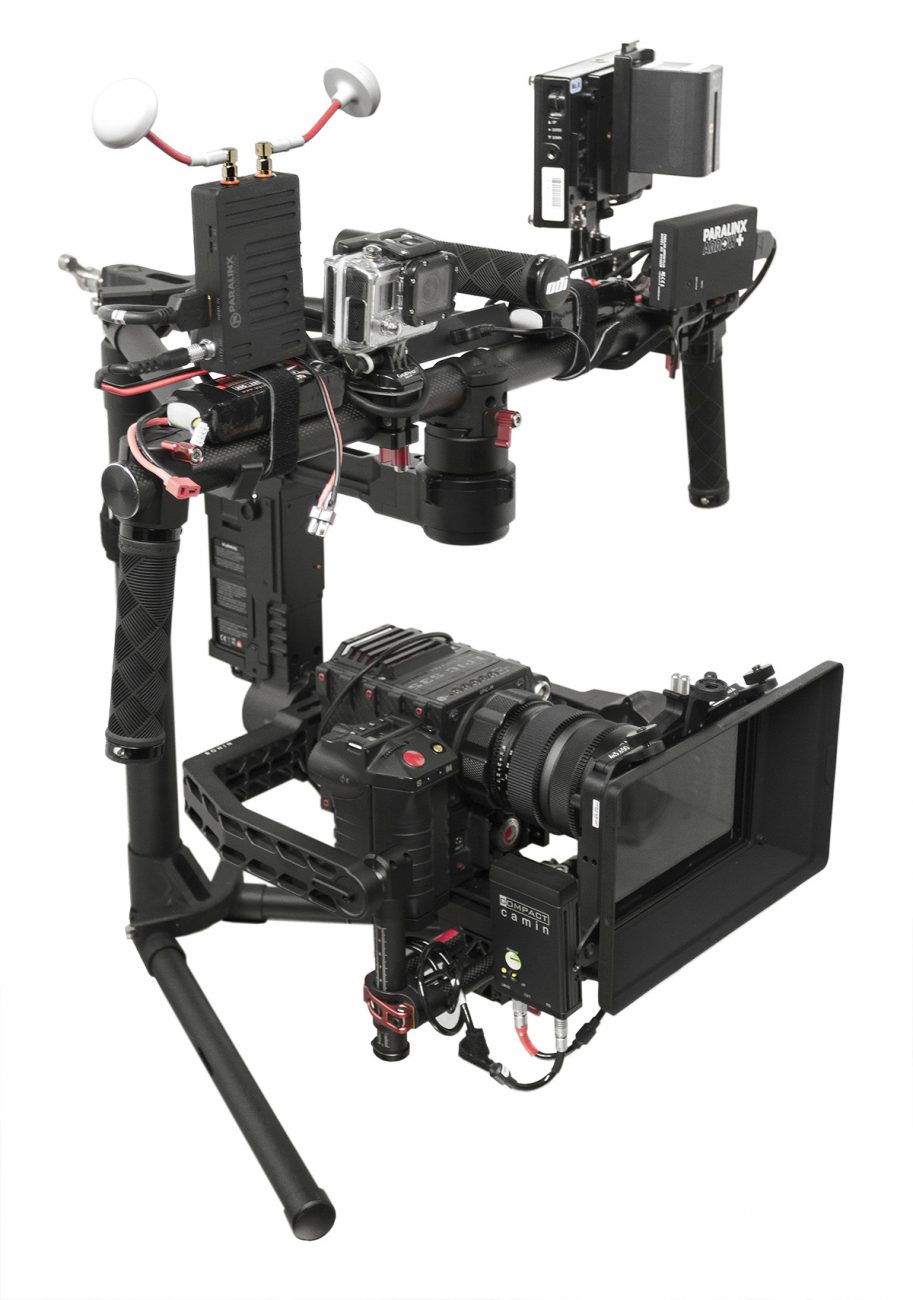 You can run with it, attach it to a jib arm, hang it out the window of a careening car—and your footage will be as steady as if the camera had been on a dolly the whole time. Manufactured by DJI—which also produces hexacopter flying platforms—the Ronin three-axis stabilised handheld gimbal system is set to make professional filmmakers’ lives a whole lot easier. Its SmoothTrack control system means the gimbal’s tilt and pan movements are translated into smooth camera angle changes.

The Ronin’s three configurations include the traditional underslung mode as well as an upright mode for shots at eye-level or higher, and a briefcase mode for low-profile shooting—configuration changes take less than five minutes.

Because the Ronin isn’t designed for a specific camera, it can be adjusted to carry anything from a petite micro-four-thirds system to a hefty Red Epic. A built-in DJI receiver means the Ronin can be remotely controlled by a second operator, allowing one person to concentrate on camera movement while another operates the gimbal. The battery has a four-hour runtime, and the remaining power level can be checked directly
on the battery itself.