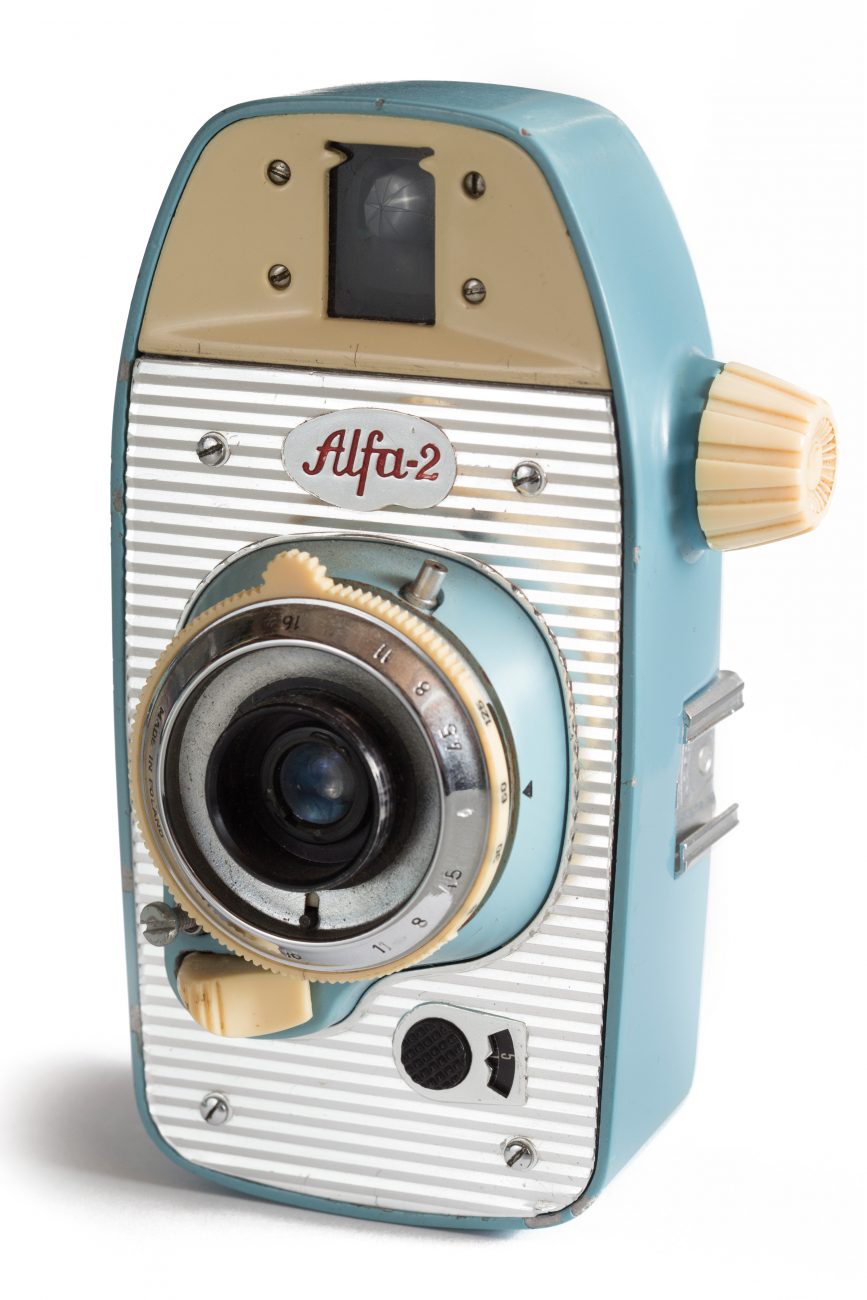 It’s not entirely clear why Poland decided to start making cameras after World War II. The country had no history in manufacturing photographic equipment, and demand for professional gear was so low that the Warszawskie Zakłady Fotooptyczne (WZFO, or Warsaw Photo-optical Works), quickly abandoned making cameras for the advanced end of the market.

Amateur cameras, however, were a different story, and in 1958, the Polish government restricted imports of cheap devices in order to protect the WZFO, which was directed to make inexpensive, simple cameras. Elsewhere in the world, these were the boom years of the novelty camera. Hong Kong Chinese manufacturers had just figured out how to make plastic bodies and lenses for a song, the Diana was taking the world by storm, and for Western consumers, it wasn’t difficult to acquire a camera of dubious quality shaped like a robot or a fish.

Sheltered from these fads, and left to its own devices, the WZFO released a camera in 1962 that didn’t look like any other in the world: the Alfa.

The Alfa was oval-shaped, and had an unusual vertical format. The film ran from bottom to top, with the portrait-format viewfinder positioned above a WZFO-manufactured Euktar 45mm f/4.5 lens. There were plastic control knobs arrayed around the lens, and a large button on the front was the shutter release; it could shoot at speeds of 1/30, 1/60 and 1/125.

The Alfa came in a rainbow of colours: dark and light blue, green, red, pink, cream, brown and grey, and each had a corrugated front panel made of chrome.

Kiwi photographer Richard Robinson only came across the Alfa because he got married—his wife, Ania, is Polish. He says it seemed fitting to seek out the next addition to his vintage camera collection from the Eastern European nation. “Ania started buying cameras for me on the Polish equivalent of TradeMe, and I kept on going to flea markets when we were there,” says Robinson. “We used to pick them up rather cheaply—like a lot of things manufactured in Poland from that era, they sadly became undervalued with the fall of communism. And I always feel sad when I see an old camera that needs a home.”

Nowadays the interest in WZFO’s retro cameras and their sleek curves has picked up, it isn’t quite as easy to find discarded Alfas going cheap. Fortunately, the Alfa wasn’t the only one of WZFO’s design hits. There’s also the boxy Ami, the all-black Druh, the chrome Fenix—all waiting to be reappreciated.