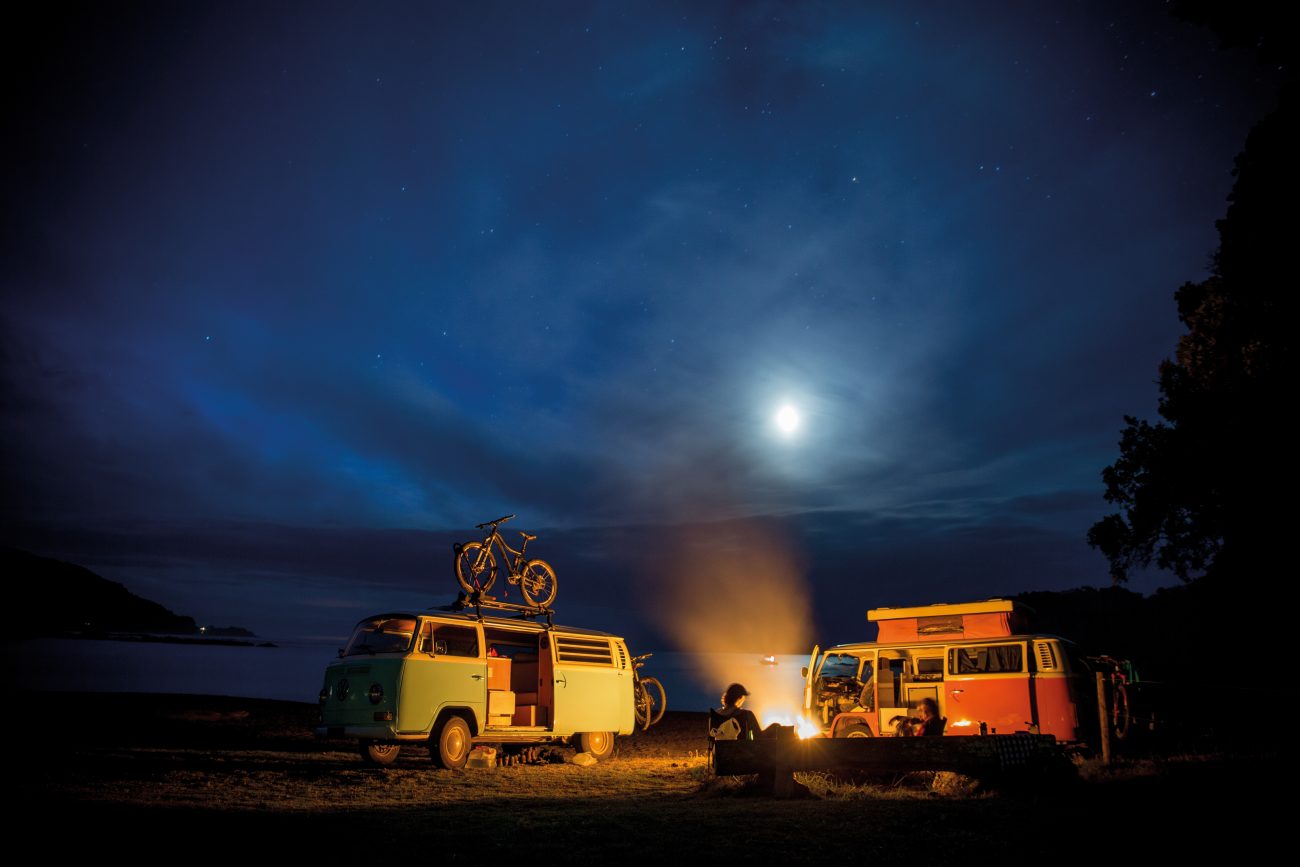 A captivating photograph popped up on Outside magazine’s Instagram account last June: Kombi campervans pulled up around a beachside campfire, figures blurred in laughter, the darkness broken by the moon rising over the sea. “I want to live in this pic,” commented one person. Photographer Camilla Rutherford (née Stoddart) was on a mountain-biking road trip, documenting stars of the sport as they checked off the South Island’s best trails one by one. Dream commission, right?

“Sometimes I’ll think, ‘It would be awesome if I could go shoot this, how will I get to do that’?” she says. “Well, I’m not going to sit around and wait for someone to invite me on a trip. I’ll just organise it myself.” Rutherford had planned the two-week itinerary, convinced athletes to join her, organised sponsorship and sold the story to a handful of outlets.

She placed photographs from the trip in Australian Geographic Outdoors and Outside magazine, set the foundations for a flourishing relationship with Tourism New Zealand, and continues to license the images as stock to the likes of the Department of Conservation (DOC) and Air New Zealand. The resulting portfolio led to her booking shoots with Icebreaker, The North Face, Atomic Skis and Lululemon. 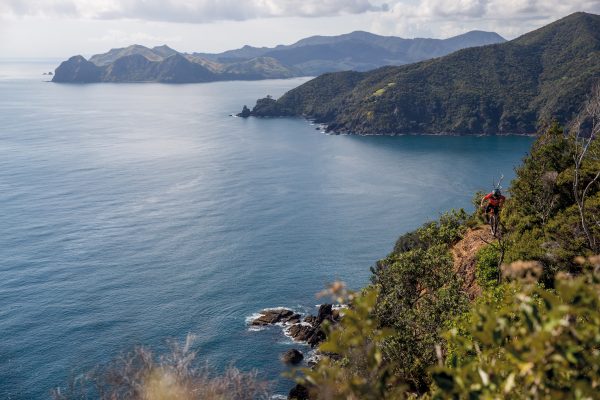 The trip also made a name for her in the mountain-biking community, which came in handy when organising round two: North Island version. “With the action-sports industry, even if you don’t end up making lots of money off it, you meet the right kind of people and get exposure,” she says.

Putting her name on the map, especially internationally, is crucial because of her remote home. She has found that overseas brands and agencies believe high-calibre photographers are based in large cities in the United States, rather than just outside Queenstown, where she lives on her husband’s high-country sheep station.

Her self-assigned trips are partly to showcase her abilities, mostly to enjoy the thrill of getting a good frame, untempered by the input of an art director or the boundaries of a brand identity.

“I’m not shooting for anyone, I’ve got magazine articles in mind, but it’s all my images, I can shoot them exactly how I want,” she says. “At the end of the day you come home with a bunch of images that belong to you. And you can decide what to do with them.”

Organising a free road trip for five is a logistical merry-go-round. Having the resulting images accepted for publication makes it possible to secure sponsorship of gear, accommodation and transport, but magazines are increasingly hesitant to commit in advance. When Rutherford can’t guarantee a brand will be exposed to particular audience, cajoling free equipment or travel becomes tricky.

Having big-name athletes helps; so does her previous work. “For this particular trip Tourism New Zealand sponsored us, because they saw what came off the last one,” she says. “I sort of feel a bit sick in the weeks leading up. I’ve promised so many people so much stuff, I got a lot of gear sponsored. Now it’s like, ‘Right, I’ve got to make this happen, it’s all on me to get the shot.’ What happens if it’s a complete washout and it rains every single day?”

For the North Island road trip, which took place in February, Rutherford and crew traversed the top of the Coromandel before hitting trails around Rotorua, the East Cape and Taupo.

Along the way, Rutherford is part tour guide, part camp mum, responsible for getting her charges up and on the road as well as photographing them, downloading images and confirming the next stages of the trip. She was still recovering from it a week later—with no regrets. “I love just being out in the wops,” she says. “I love wilderness and being away from lots of people. That’s probably the best thing for me, being out and sleeping under the stars. My ultimate thing is go on adventures and take my camera with me.”