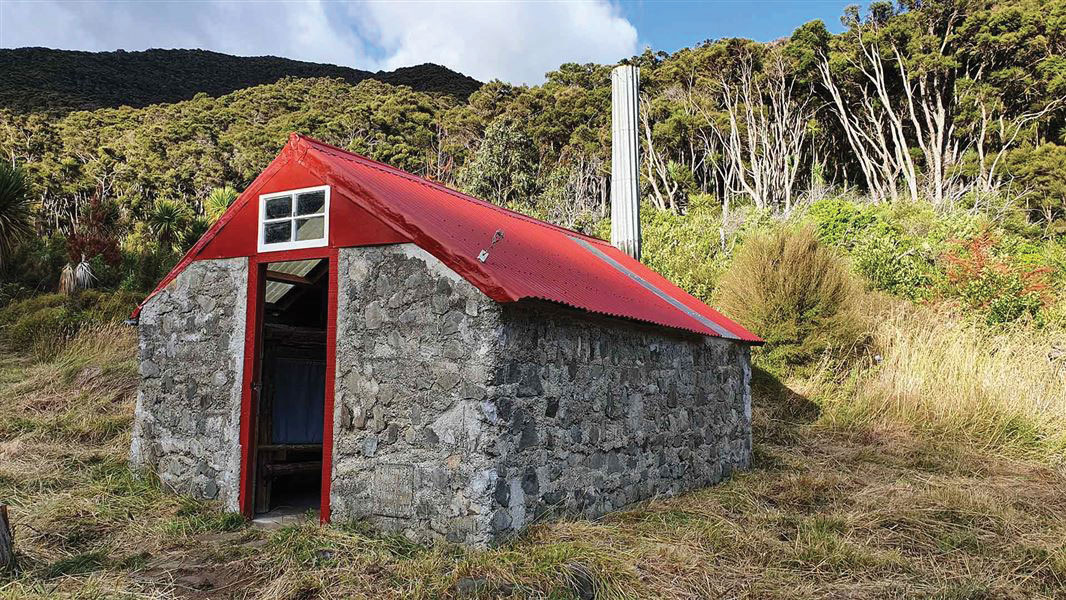 This four-bunk stone hut in the Ruahine Forest Park is unique and full of stories.

The 40th anniversary of a turning point in New Zealand conservation. 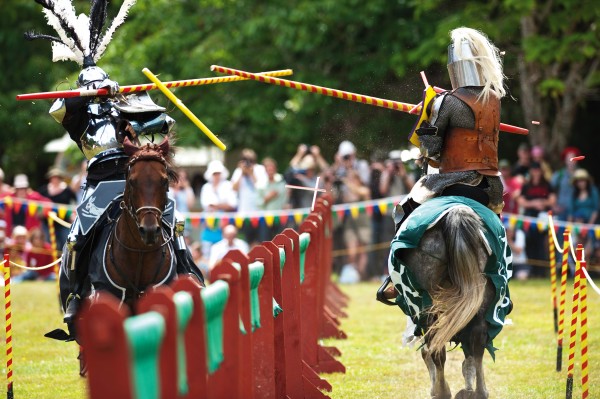 Upper Hutt in the Dark Ages 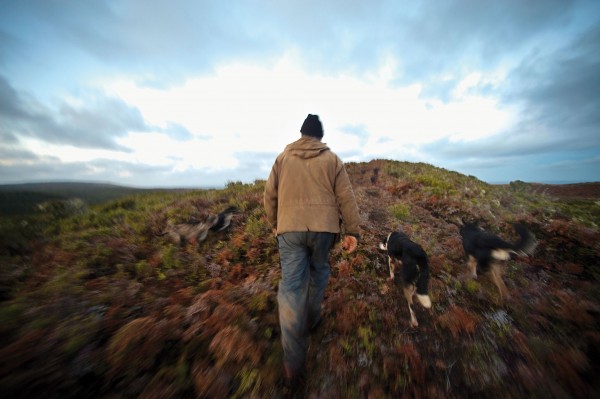 A day on the Chathams 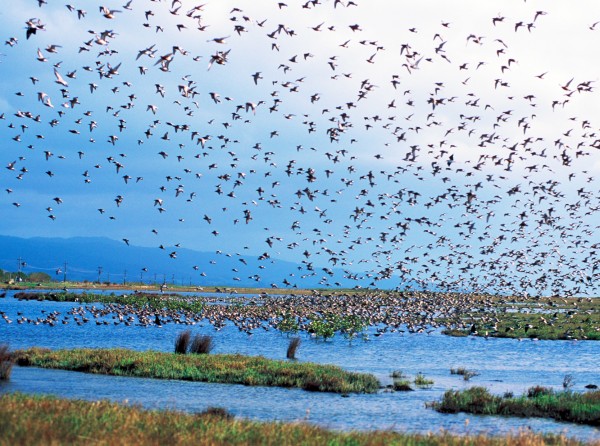 Bang in the middle of the Maniototo Plain is a place called Wedderburn. Little more than a sweep of highway on a wide-open Central Otago landscape, Wedderburn barely makes it on to most road maps, yet here is a community willing to spend $20,000 and many hours of voluntary labour to move a decaying railway goods shed from a redundant coal pit 10 km along State Highway 87 to its original site—all on the strength of a painting. July on the Maniototo (above) is one of Dunedin artist Grahame Sydney’s early and more iconic works. It depicts the Wedderburn goods shed standing stark and empty against a snow-covered landscape, and typi­fies the hundreds of disused railway sheds that pepper rural New Zealand. Reminders of the glory days of New Zealand rail, when trains monopolised rural transport, these sheds have come to symbolise the waning fortunes of the rural areas they once served. However, while Sydney describes Wedderburn  as “one of those curious places where literally its entire life has past,” it seems the people who make up the tiny community would beg to differ. Determined to utilise the two things Wedderburn has in its favour—its location midway along the increas­ingly popular Otago Rail Trail, a 150 km walk- and cycleway, and its iconic goods shed—the nine people who make up the community board have agreed to spend the money earned from the Wedderburn Tavern’s gaming machines to restore the shed, in every detail, to its likeness in the Sydney painting. Spearheading the project is board chairman Stuart Duncan, a fourth-gen­eration sheep and beef farmer and fifth-generation Maniototo-ite. Duncan spent his early twenties as a city-dweller, both in New Zealand and overseas. Returning to take over the family farm in 1992 was like discovering the district for the first time. He liked what he found. “I came back from England and realised I had everything right here—that this was heaven,” he says. The only thing the place lacked was people. To help remedy that deficiency, Duncan and his wife, Lor­raine, developed a lodge on their farm: a red brick-and­-tile farmhouse providing backpacker-style accommo­dation for travellers wishing to stop a while and breathe the vital Maniototo air. They also created a nine-hole golf course next door. It was the first golf course in the world to be opened in the new millennium, hardy locals teeing off into the midnight mist on January 1, 2000, and is perhaps unique in awarding bonus points for hitting rabbits. The idea of moving the goods shed—which had become the public face of Wedderburn, thanks to the Sydney painting—back to its original position was first mooted in 2000. Seeing value in the idea as a way of making people stay in Wedderburn for more than a cold beer at the pub, the community bought back the building from a defunct mining operation which had acquired it when the railway line closed in 1990. To beautify the area surrounding the shed, trees have been planted represent­ing every family that has lived in the district in the past 50 years. The shed itself will be re­stored as closely as possible to the Sydney image, includ­ing the marker posts that lean haphazardly against the walls, and possibly the timber platform that once stood inside. Within the restored building, memorabilia will give visitors an insight into the history of the area—a history which dates back to the early 1880s. It was then that Wedderburn began its life as a staging post for the Dunstan coach, later becom­ing a stopover for swag-carrying prospectors and travellers on their way to the Central Otago goldfields. The town flourished as the number of pastoral farms in the area grew, and when a government tree nursery opened in nearby White Sow Valley in 1883, more families came into the district. A school opened in 1886. Wedderburn’s popula­tion peaked in the 1890s as the Central Otago railway line inched its way over the Taieri Plain and across the Maniototo. On June 1, 1900, the Wedderburn station was officially opened. At 539 m, it was the highest in the South Island. The railway provided a sorely needed reliable trans­port system for the Wedder­burn district, and the goods shed provided temporary shelter and storage for rab­bits, sheep, lambs, wool, cream and grain en route to the port of Dunedin. However, during the 20th century rail’s star declined in the face of competition from road transport, and the Central Otago line was kept alive only by government protection. Then, in 1977, the maximum distance for which road transport could compete with rail was raised from 64 to 150 km, and in the mid 1980s even this protection was removed, ef­fectively sounding the death knell for rural rail serv­ices not just in Otago but throughout the country. Despite a campaign by the people of Wedderburn to keep the diminished service alive, the Central Otago railway was finally shut down in 1990, a year after Wedderburn School had shut its gate for the last time. The passenger waiting room began a new life as the headquarters of the Garibal­di Curling Club, while the goods shed was sold as a coal store. The loss of the railway is still lamented by many, in­cluding Grahame Sydney. “I have always been distressed by the fact the railway line was not only closed down, but bodily removed,” he says. “I hated it then, and I hate it even more now.” Had the line been re­tained, he believes it would have provided a unique and spectacular tourist journey from Dunedin across the Maniototo and into the new wine-growing district of Clyde. Its removal, he says, typifies the brutality and short-term vision of that pe­riod in New Zealand history. While no one in Wedder­burn is expecting busloads of tourists to suddenly materi­alise in search of the restored goods shed, the project is indicative of a community prepared to pull together to celebrate its past as it looks to the future. There is renewed optimism in the Maniototo air, and a hope that the old goods shed will once again reverberate with the sound of activity.

John Crook is a farmer who has spent all his 73 years on the family farm at Maungatautari Mountain in the Waikato. Here he reflects on the trials and tribulations of raising hogs.

Mark Scott discovers the attractions of sheepdog trails and jam-making. 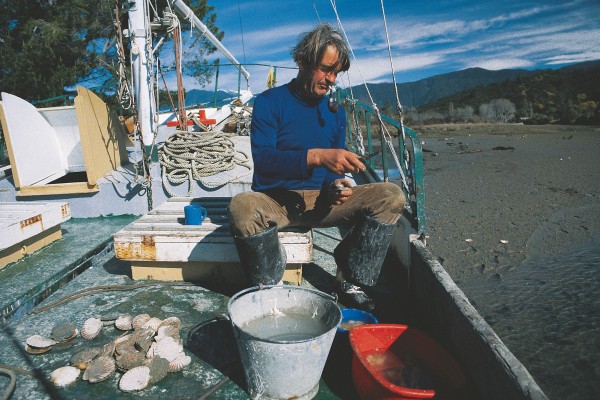 In April 1998, a group of 13 climbers re-enacted the first mountaineering trip under­taken by Europeans in New Zealand: the ascent of Mt Sparrman, a little-known peak in Fiordland, 225 years ago.

Mike Mullord used to sell fish around Marlborough out of a distinctive customised van. His reflections on the life of a fishmonger first appeared in Seafood New Zealand.

Twelve years old, childhood was running out: the last of the barefoot summers.

One more river to cross