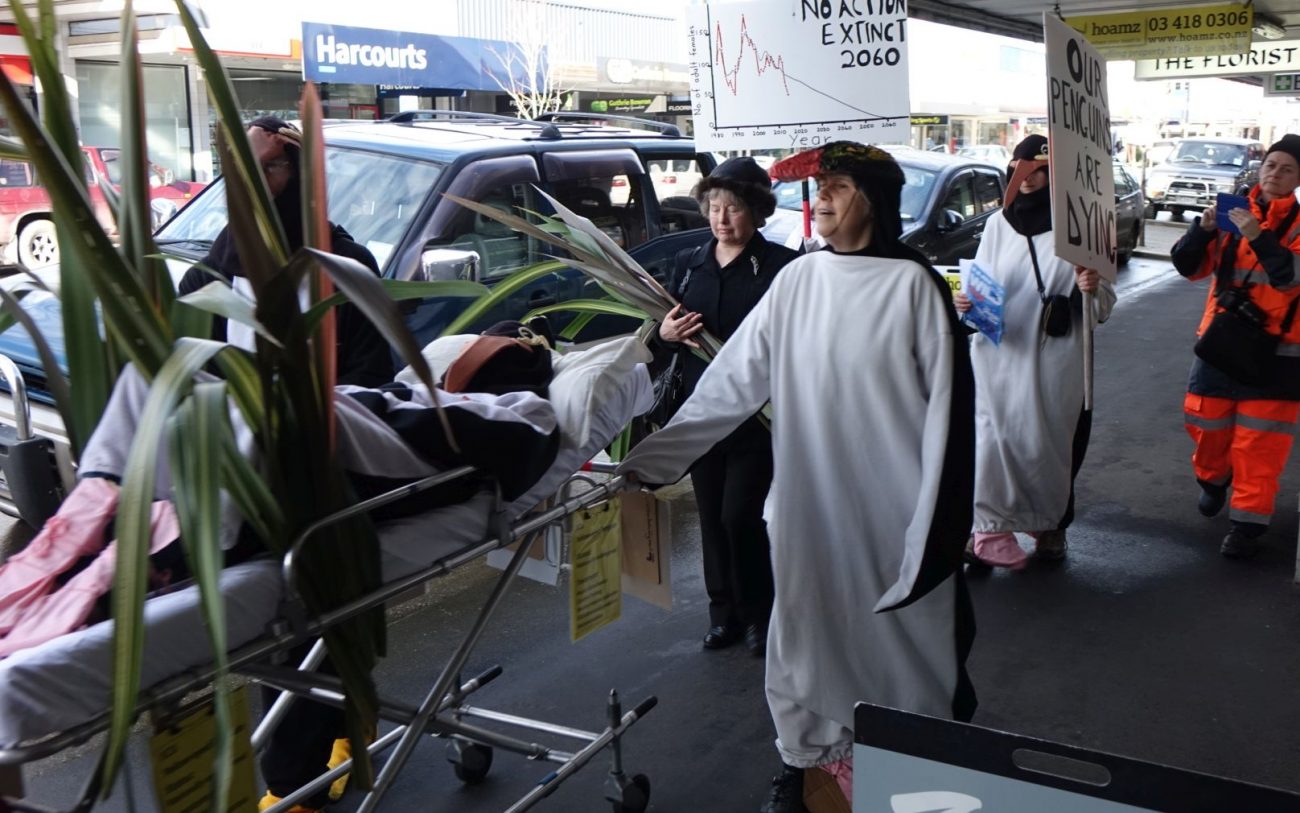 Forest and Bird members dressed in yellow-eyed penguin suits have held a creative protest down the main street of Balclutha in South Otago.

The group of eight people acted out a penguin death march, played funeral music and held placards saying ‘our penguins are starving’.

Yellow-eyed penguin numbers have declined steeply in recent years to an estimated 266 breeding pairs on the South Island coast.

There are fears the birds could become extinct from mainland New Zealand within 25 years.

One of the protesters, Roy Johnstone, said the government was not listening or doing enough.

Mr Johnstone said the penguins were very dear to the Catlins coastal area and its people were doing the best they could help the penguins on land.

But fishing was making the birds’ food source more scarce and a proposed marine reserve was vital to saving them.