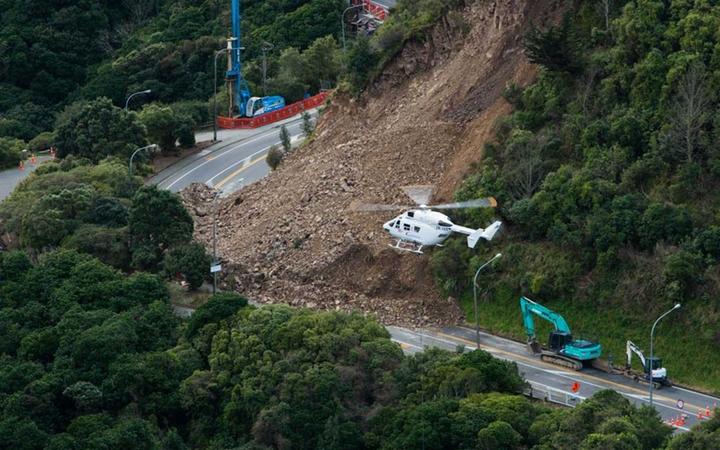 Work to reinforce areas of landslips on the Ngaio Gorge in Wellington is starting, reducing the road to just one lane.

It’s part of an $11m project to reinforce the slip areas after the July 2017 landslides.

Wellington mayor Andy Foster said the work was expected to take up to two years to remove loose material and stabilise the latest slip, making the route between Ngaio and the city more resilient.

The road will be reduced to one lane for that time and will be controlled by traffic lights.

Foster said the work would, at times, inconvenience drivers, cyclists and pedestrians on the road but he asked them to be patient.

He said people commuters should use Ngauranga Gorge, Onslow Road or public transport to help ease congestion while the vital arterial route was under construction.

In the early stages of the project, for safety reasons, cyclists will need to dismount to dismount and push their bike through the pedestrian areas of the site, particularly when travelling uphill.

Three retaining walls will be built to realign the road – taking about a year – then stabilisation work on the lower and upper slip sites and the removal of concrete barriers and shipping containers being used as barriers.

Crews will work from 7am to 6pm Monday through Saturday.

Funding for the project is split between the Transport Agency and Wellington City Council 51 percent to 49 percent.

“We’ve been waiting for lizards to come out of hibernation. Now that they are awake we can start moving them out of harm’s way before we start on this critical project.

“Each lizard will be captured individually in breathable cloth bags and transferred across the road to their new home in Trelissick Park.

“It will take three to four days to complete this inspection and relocate any lizards found.”