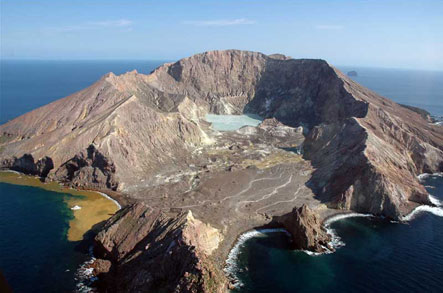 A series of earthquakes off White Island has little to do with the volcanic island itself, a GNS scientist says.

Geonet reported a total of 137 earthquakes in the ‘swarm’ shaking near White Island since Sunday, with the largest quake measuring magnitude 4.8 at a depth of 7km.

GNS volcano geochemist Agnes Mazot said it was not really to do with the volcano at all.

“It’s a swarm of earthquakes that can happen from time to time,” she said.

However, the area could expect the shaking to continue.

“We can have more today, tomorrow, it would not be unusual,” she said. “We don’t know for sure how long it would take.”

She said the quakes seemed to be a continuation of previous swarms of earthquakes in the area.

“It doesn’t often happen, but because we had a swarm of earthquakes in the Bay of Plenty a few months ago … that’s what’s happening again here.”

Many active faults had been mapped in the Bay of Plenty area and numerous earthquakes were recorded there every year, GeoNet reported.