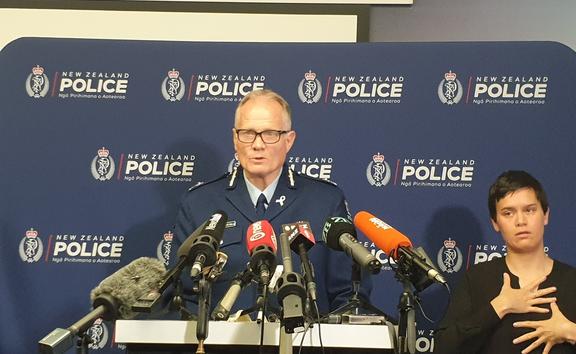 Police have announced they will carry out a criminal investigation into the deaths of at least five people from the Whakaari White Island eruption. There were 47 people on the island when it erupted just at about 2.11pm on Monday, being hosted by White Island Tours. Many were tourists from a visiting cruise ship and had been on a day trip to the island. Five people have been confirmed dead, another eight are still on the island but are not expected to be alive. Rescue crews still have not been able to recover their bodies becuase conditions on Whakaari are not deemed to be safe. Along with the deaths there are dozens of injuries. Thirty-one people were rushed to hospital, many of whom suffered significant burns. Those victims are aged 13 to 72, and 27 of them have burns to more than 30 percent of their body. The Ministry of Health says burns units around New Zealand are now at capacity. In the past hour police have announced they will be investigating the deaths and injuries from the eruption – and WorkSafe will also be investigating. In a joint press confererence Civil Defence Emergency Management Director Sarah Stewart-Black says the Foreign Affairs Ministry has sent three staff to Whakatane to support affected families. Ms Stewart-Black said the environment remained highly volatile and the alert level remained at a three. Deputy Commissioner John Timms told media everyone who could have been rescued alive on Monday was taken off the island.