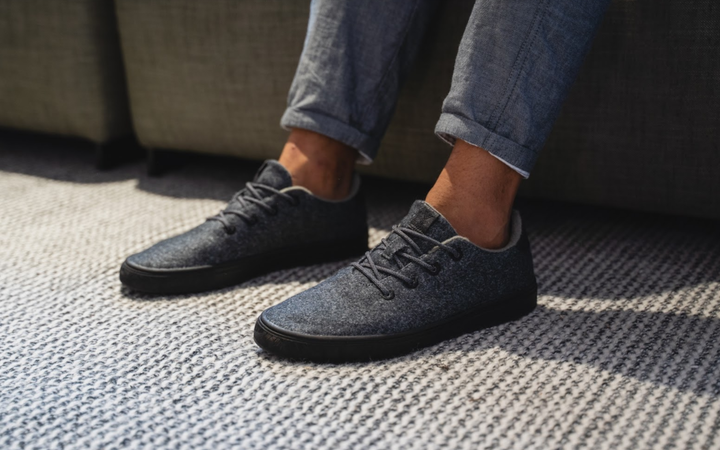 Algae, pineapple leaves, ocean plastic and bamboo might sound like unlikely bedfellows, but a Wellington based start-up is using them all to create shoes.

YY Nation’s new footwear collection aims to create “the world’s most sustainable shoe” by using organic and recycled material in every component.

Its founder, Jeremy Bank, said algae – sourced from polluted waterways – is made into a resin before being used in the soles.

“[The resin] has actually got very similar properties to traditional footwear – it’s got the same performance characteristics of durability and comfort and it’s very lightweight. But it’s using bio-based waste material.”

Toxic algae blooms are common in polluted waterways around the country, particulalry in summer, and algae mats can be fatal to dogs, if eaten.

“We’ve calculated that with every set of soles that we make using algae, we clear about 45 litres of water and clean about 28 cubic metres of air,” Bank said.

Pineapple “leather” replaces actual leather, and uppers are made from either bamboo and nylon or merino wool.

Bank said about 400 pairs have been sold since the company launched a Kickstarter campaign almost two weeks ago.

“So what we’re hoping is people replace some of the brands they’ve been using that use unsustainable materials.”

Bank said he was inspired to launch the company when he was on holiday with this family in the Hawaiian island of Maui and saw waste, including old shoes, washing up on the beach.

“Twenty years earlier I went there and it was beautiful and pristine, then when I returned with my family we were on this same beach and looking at these blue flecks in the sand and figured out it wasn’t actually shells, it was pieces of plastic.

“It was asking this question of: why? Why is this happening? Does it have to be this way? And two years later we’re launching our sneaker.”

The Kickstarter campaign is meant to give YY Nation the funding it needs to start manufacturing a collection.