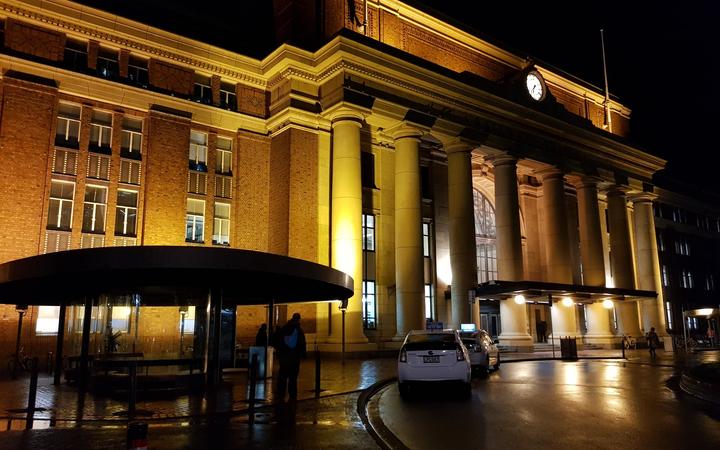 Wellington’s railway station has been labelled as being at risk of causing harm in an earthquake.

Kiwirail’s David Gordon said the change in status was not because something new had been found wrong with the building.

He said the building code’s wording changed, from whether a building would cause harm in an earthquake, to whether it could.

“We’ve got a steel frame building with brick cladding around the outside which is all tied back, but there is no way given the size and range of quakes that could possibly happen that we could ever a blanket assurance that there would never be any masonry falling and could cause harm to someone walking underneath.”

Kiwirail had been debating with the city council about whether it needed to call the building earthquake-prone, Mr Gordon said.

Mr Gordon said Kiwirail had to put the notices up because the council had used authority granted to it under legislation.

“Simple as that, they have the right to do what they did,” he said

Mr Gordon said the council had made its decision based on an engineering report done in 2014.

He said Kiwirail had disputed the fact it was earthquake-prone and said the council’s assessment from 2014 did not take into account work done since.

“Significant work was undertaken to strengthen the station building in the early-mid 2000s, with further work in 2015 after the 2013 Seddon earthquake.

“This included work strengthening the atrium roof trusses, and removal unreinforced masonry from the building to bring these elements up to the standard of the rest of the building.

Mr Gordon said while the dispute with the council was happening, Kiwirail had an independent report that said the building was safe for the public.

Kiwirail has until 2024 to bring the building up to code.

Council chief resilience officer Mike Mendonca said the council had always considered the building to be earthquake-prone, and notices should have been up before now.

“There was some disagreement as to whether or not the building was earthquake-prone, but it has always been the council’s view that it is,” he said.

“We’ve got a detailed seismic assessment from an engineer that categorically states that the building is earthquake-prone.”

He said it was not unusual for building owners to dispute the council when it said a building was earthquake-prone.