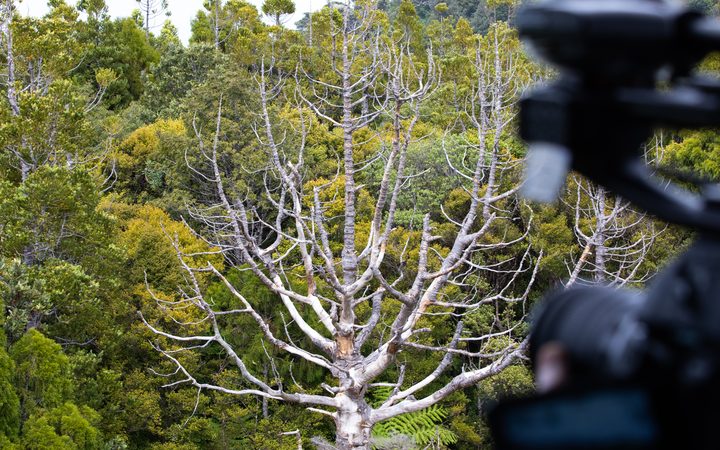 An area near a school in Warkworth is being fenced off after a tree was found to be infected with kauri dieback disease.

The kauri behind Mahurangi College in Warkworth will be cordoned off along with other nearby trees to make sure people don’t enter the area.

Auckland Council kauri dieback manager Lisa Tolich said it was a busy area with students walking through it so there was a high risk of the disease being spread.

Further checks were being carried out in the area.

The council was working closely with Mahurangi College and there would be a programme for students to carry out some of the protection work in nearby reserves.

In the Rodney Local Board area there are 44 local parks or reserves that contain kauri ecosystems. Of those areas, two were already home to diseased trees, according to a recent report.

The local board today considered what the next steps would be in order to protect kauri in the area.

Rodney Local Board chair Beth Houlbrooke said it was disappointing and concerning to have the tree confirmed with the disease.

“As a local board, we continue to work hard alongside the community and council on proactive measures to protect our precious kauri,” said Ms Houlbrooke.