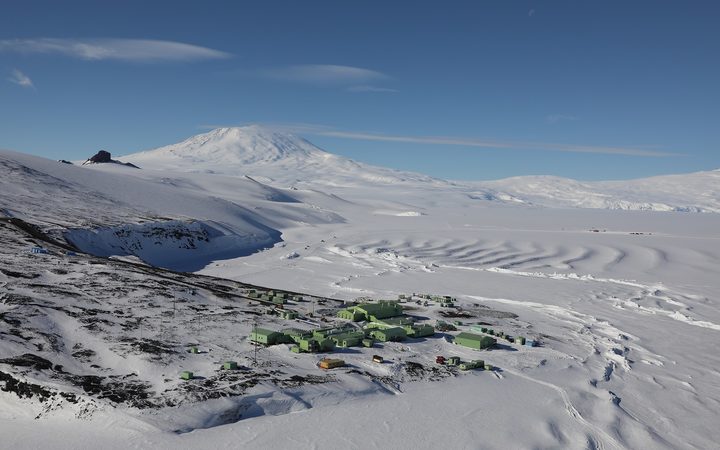 A team of New Zealand scientists have done some explosive experiments at Priestley Glacier in Antarctica in an effort to find out how ice sheets respond to temperature and other changes.

Professor David Prior from Otago University led the team which worked with Korean researchers at that country’s Antarctica station.

Holes were drilled in the Priestley Glacier and filled with explosives which, when set off, created sound waves giving the scientists a better understanding of what controls the speed of ice flows.

Professor Prior said the field measurements matched those from lab experiments, which was a positive outcome as the lab work had to be carried out at a faster rate than the glacier’s natural deforming process.

“That’s a real problem because if [we] did [the laboratory experiments] at the same rate as nature it would take 30 to 100 years.

“The first indication that the crystal alignment in the natural system is the same as you get in experiments … is a good indication we can use the results of the lab experiments to help us understand ice flow.”

Prof Prior said the “explosive” work carried out by his team at Priestley Glacier should eventually enable more accurate assessments of the short-term effects of ice shelf collapse.

He said it was known that global warming would cause the ice sheet to thaw at an accelerating rate, leading to sea level rise of about half a metre over the next century.

“Less clear is what the five, 10, or 20 year timescale is, which is more important from an immediate planning perspective.

“The kind of work we do will enable us to create models which hopefully are more robust and enable us to [examine] those shorter timescales and effects.”

The work of Prof Prior’s team and their Korean counterparts is the first time this type of seismology research has been carried out on the shear zone of a glacier.