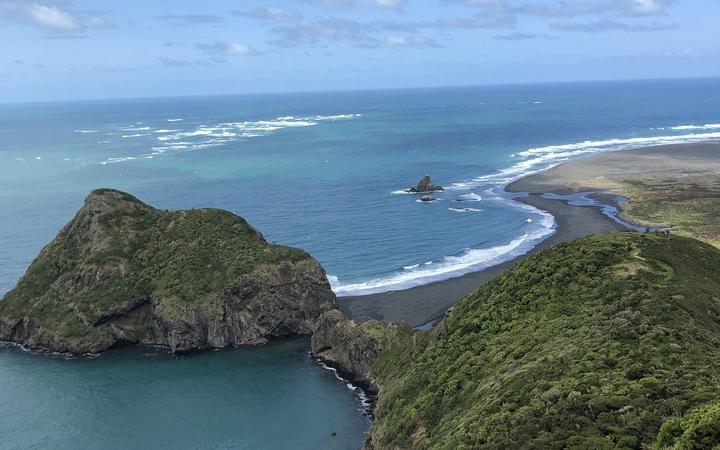 Two tracks in the Waitākere Ranges in West Auckland are reopening today after being closed to protect the region’s kauri forests.

The Ōmanawanui Track and the Puriri Ridge Track have also been upgraded with thousands of steps and hundreds of metres of boardwalk being installed.

A Māori name is also being introduced to the Hillary Trail.

The Auckland Council said the 6km upgrade is a significant milestone in the reopening of the trail which will also be known as Te Ar Tūhura.

It reconnects a multi-day trail from the Karamatura Valley through to Anawhata.

The council closed many tracks in 2018, following a rāhui placed by iwi over the ngahere (forest) of the Waitākere Ranges.

He said that the Hillary family has made important contributions to the trail and the gifting of the te reo name Te Ar Tūhura is a cooperative effort in branding.

“What we were wanting to do was not take away from that but to also elevate or bring kura mahi, the Māori element, to the Waitākere Ranges.”

Both the council and the iwi are urging people to look after the forest.

“It has always been about protecting and healing the forest both for its own sake, and so future generations can come here and enjoy this taonga in years to come,” Ashby said.

The upgrades include the installation of:

“The narrow ridges of these tracks and the steep terrain have made construction work tricky. Engineering the path around the historical pā site on the Omanawanui Track was a particular highlight.”

“Aucklanders and visitors love the Waitākere Ranges and west Auckland walking tracks and I’m really pleased to be able to open another two today,” he said.

The tracks are due to open at midday.