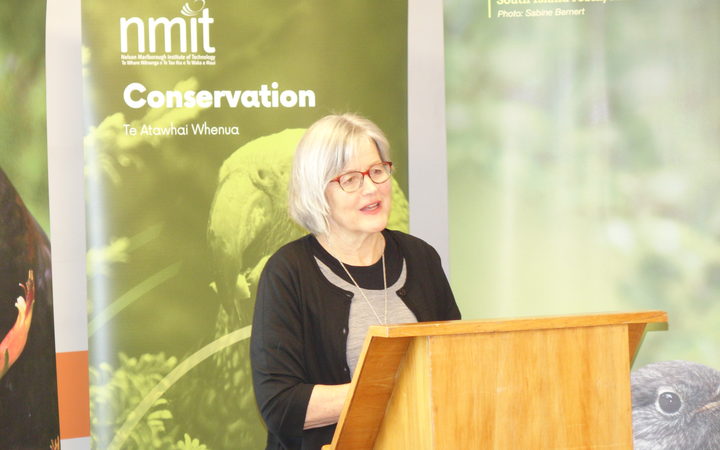 A government-backed plan to get more people out trapping pests has been launched in Nelson.

Conservation Minister Eugenie Sage said the pilot programme, which is intended to be delivered around the country, would contribute to the country’s goal of being predator-free by 2050.

The course has been developed by Nelson Marlborough Institute of Technology and the Department of Conservation and will be delivered in regions throughout New Zealand by an NMIT tutor with support from the DOC ranger network.

The institute’s chief executive, Liam Sloan, said it was an extension of the strategic partnership held with DOC since 1998. The workshop-style course would focus on training people on how to get rid of rats, stoats and possums on publicly held land.

Ms Sage said it would work in tandem with the government’s bid to bolster nationwide predator control.

Budget 2018 laid the foundations to boost predator control with $81.2 million in new funding for the Department of Conservation.

“The additional $81m over four years will enable landscape-scale, sustained predator control, but the work community organisations do with trapping is critical, and that work, and this course enable it to go to a whole new level,” Ms Sage said.

Ms Sage said Predator Free 2050 was an ambitious goal that would require a nationwide effort.

“It’s part of Te Papa Atawhai – the Department of Conservation, working with iwi and hapū and with the community, because we can’t turn around the predator crisis unless everybody contributes.”

Ms Sage said the course was targeted at community groups and organisations.

“There’s been a huge surge in community interest in predator control. So this course is about ensuring that people understand what’s involved, the predators they’re targeting, how to set good traplines and how to do the monitoring to show the results.”

Debs Martin of Forest and Bird, who spoke at yesterday’s launch, said she valued the chance to learn about how to set a particularly difficult trap.

“I can set any trap in the world, but not the Sentinel (possum) trap.

“This course provided us in two days the chance to explore the right methods for the outcomes we want to achieve.”

Ms Martin said predator control was a long-term project to turn around the crisis facing the country’s biodiversity, and trapping would complement the work done on landscape-scale, such as aerial drops of 1080.

“There’s no way we can cover the millions of hectares without these methods,” she said.

“The recent monitoring from the Landsborough Valley (Mount Aspiring National Park) where the department’s done six 1080 operations over 20 years, mohua numbers, kākāriki numbers – a whole raft of birds are increasing because of that control.