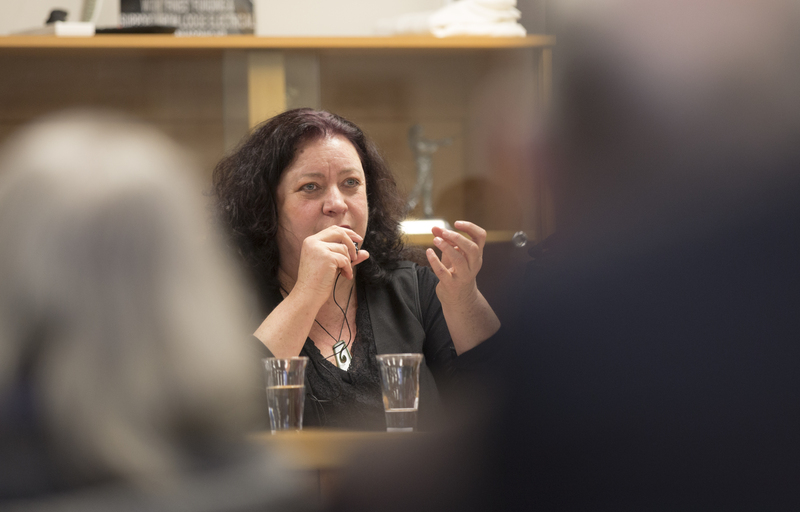 Tiwai aluminium smelter should take back thousands of tonnes of toxic waste left in dumps around Southland, a campaigner says.

At least 24,000 tonnes of partially-processed smelter waste has been stockpiled in Mataura and Invercargill since the processing company Taha International went into liquidation 18 months ago.

The waste was partially processed into a product called Ouvea Premix, but was never finished into fertiliser as Taha had promised.

It was time for the company liquidator to admit defeat and hand the material back to the smelter and Government to resolve, Bluff campaigner Cherie Chapman said.

Ms Chapman raised the issue as part of her unsuccessful campaign for Labour in the Clutha-Southland electorate in this year’s general election.

She has organised a public meeting in Invercargill on 4 December.

“The smelter company has been too passive and left the Southland community with a major hazard”, Ms Chapman said.

10,000 tonnes is stored in one-tonne bags in the former Mataura paper mill, which is right next to the Mataura river.

“If water gets on it, there’s a huge ammonia cloud that forms and Mataura would have to be evacuated”, Ms Chapman said.

“If it catches fire you can’t put water on it, so there are real civil defence implications.”

The Taha liquidators should declare the waste an “onerous asset”, and involve the smelter, local and regional councils, and central government in a joint plan to dispose of all the material, said Ms Chapman.

“We’re saying it’s been sitting around in sheds long enough, time for some action from our leaders.”

Ms Chapman’s call is “a rather reckless statement to make”, said one of the Taha liquidators, Rhys Cain of the firm EY.

“You don’t just to pick this stuff up and put it on the back of a truck.”

“We’re only going to get one chance to move this stuff. We have to be cautious and we are not operating to Cherie Chapman’s timeframe. She has neither the skills nor the experience,” he said.

The material had no value and could not be sold, so the liquidators were trying to work out how to dispose of it and meet all regulations.

Mr Cain asked for the public to trust the process and give it more time.

“We have found several places that are interested in taking it. Most have fallen through but we are still very actively pursuing our main option to ship all of it offshore,” Mr Cain said.

Samples of the material had been sent overseas and they were hoping to agree a deal in the next few weeks, he said.

“Yep it’s taking some time, but the product is safely stored. We’re complying with regulations. It’s being monitored by the authorities and including Environment Southland.

“We are going to get the best solution that we can.”

The only time there had been any safety risk was when one of the Awarua stockpiles was deliberately sabotage by unknown persons unknown, Mr Cain said, though he would not give further details.

The Tiwai smelter company New Zealand Aluminium Smelters would not give an interview on the Taha waste piles today, but issued a statement from its chief executive, Gretta Stephens.

“NZAS supports the actions of the liquidator and owner of Taha’s assets to continue working to find an end user for the material. While this process is taking some time it represents the best possible solution,” Ms Stephens said.