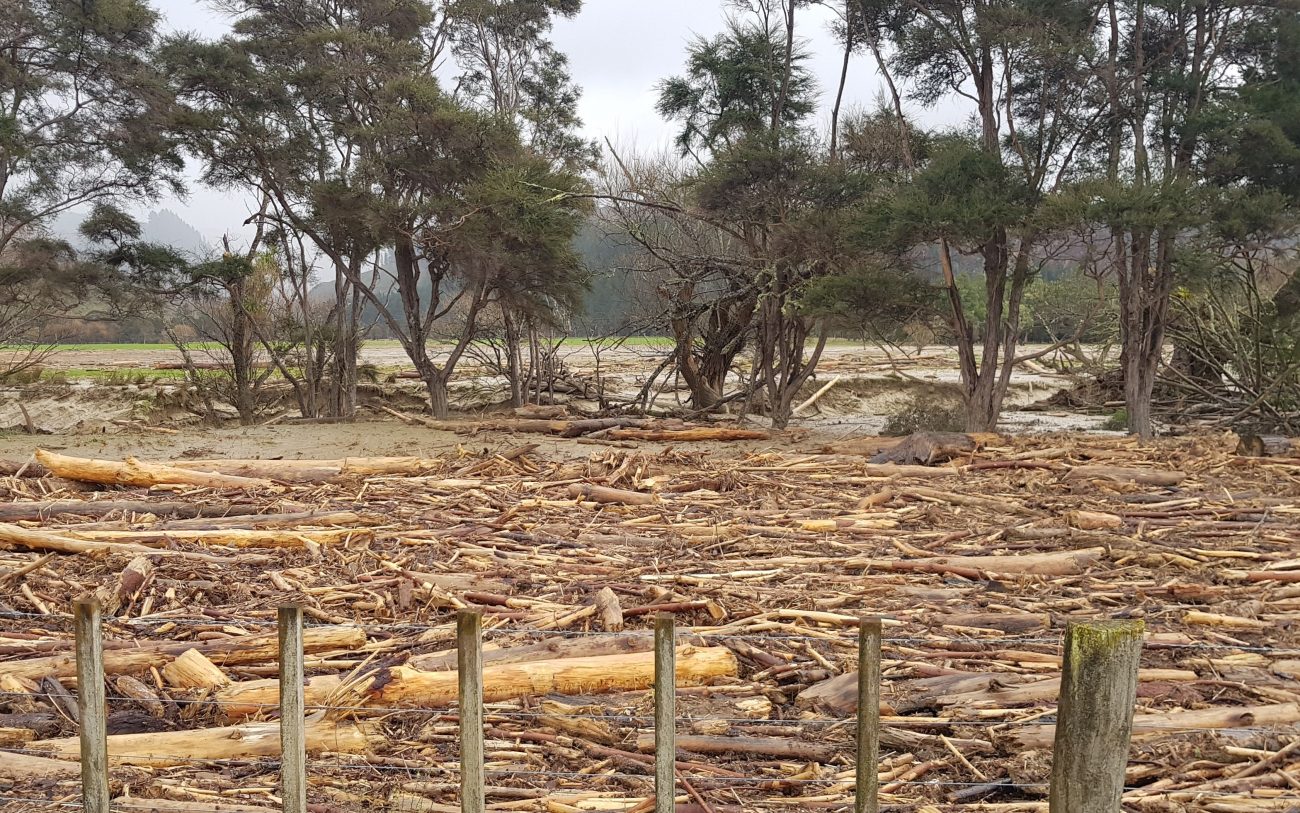 The forestry sector is having its own leaky building moment and inadequate regulation means it will be left up to the courts to decide who is liable for damage caused by slash in Tolaga Bay, a lawyer says.

Hazel Armstrong, a former member of the Independent Forestry Safety Review Board that investigated the high rate of forestry deaths, said it was unlikely insurance companies would pay out liability to flood-affected landowners in Tolaga Bay, because forestry owners knew there were risks.

Frustrated Tolaga Bay locals at a meeting with forestry companies last night said they still did not know who was to blame for the massive damage caused by thousands of tonnes of forestry debris washing onto farms and blocking rivers, and who will pay for the clean up and compensation.

When asked by flood-affected landowners at the meeting last night, forestry companies refused to say if they had liability insurance and whether it would be paid out.

“Successive governments have left the forestry sector to its own devices, there’s been no leadership, inadequate legislation and inadequate oversight of the sector…it’s a system failure,” she said.

Associate Agriculture Minister Meka Whaitiri said it was still too early to say who should pay for the clean up of Tolaga Bay and whether more regulation of the sector was needed.

“We’ve just gone through an overhaul of the regulations, the National Environmental Standards for Plantation Forestry came in on May 1st.”

While that did not apply to the slash in Tolaga Bay, the sector was aware of its need to improve its practices.

But Mr Carson said the sector was aware it needed to improve.

“We’re looking at the vulnerability to climate change…and our harvest practices to reduce the risk of what happened in Tolaga Bay. There are no easy solutions, if there were we would have done them,” he said.

In the meantime, frustrated Tolaga Bay landowners must wait.

The Gisborne District Council said it could take up to six months to investigate whether forestry owners had breached resource consent conditions.