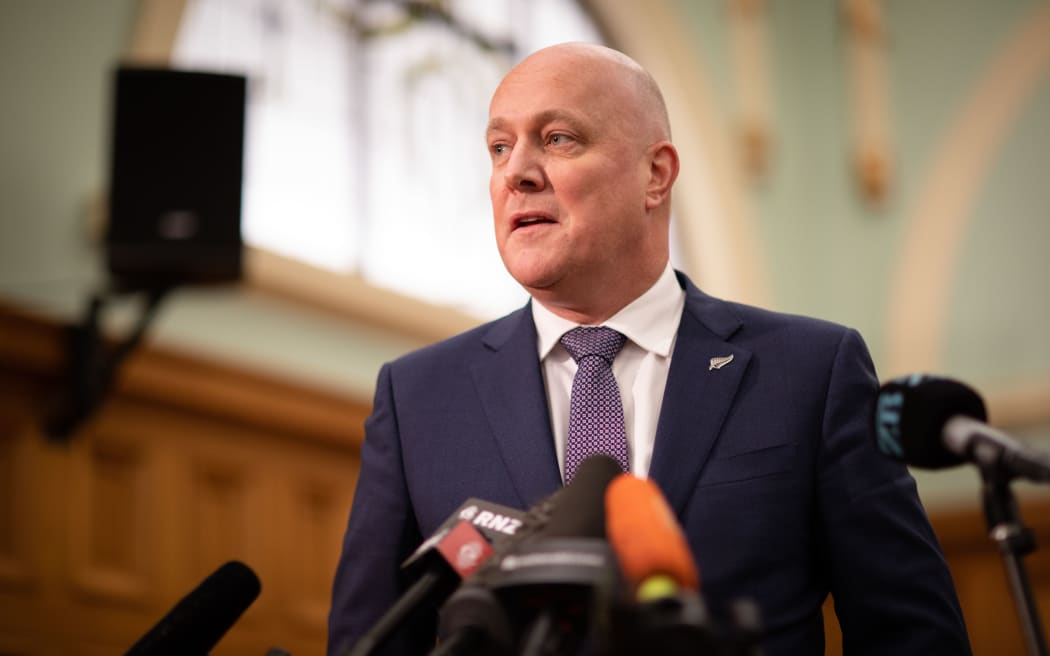 Multi-nationals such as Heineken could get a taxpayer handout to help them reduce their emissions, National leader Christopher Luxon says.

Support for the “squeezed middle” is what the National Party wants to see in this week’s Budget.

The National Party has said it will support the first three emission budgets, which set caps for New Zealand’s greenhouse gas emissions for the next 15 years.

But it wants to see some urgent assistance for middle New Zealand too.

An early example of this has been its opposition to what it describes as the “corporate welfare” involved in using tax dollars to subsidise businesses as they cut carbon.

The government is spending $650 million over four years, as part of its Emissions Reduction Plan, on moving industries away from using fossil fuels.

National leader Christopher Luxon said some businesses that would receive funds are hugely profitable, using the example of a large multi-national such as Heineken, owners of DB, that might get $2m-$3 million to remove a coal-fired boiler.

“That’s something that legitimately a corporate can take that decision on their own.”

He said “it doesn’t feel right”.

Motorists were paying 17 cents a litre at the pump for the Emissions Trading Scheme which would be recycled to corporates to do their emissions reduction “which they should be doing on their own”.

“You shouldn’t have everyday New Zealanders subsidising corporates that actually in their own interests, in order to set their businesses up for the future, to manage it for the stakeholders that are part of the community and their businesses, those are things you should be doing. Good companies will do that and should be doing that now.”

Instead the government has sent a message that if they waited long enough they would get a taxpayer subsidy to pay for their emissions.

Luxon also criticised “the whiteboard language” in the Emissions Reduction Plan which would lead to the setting up of a lot of bureaucracy to “develop, investigate and facilitate” initiatives.

He also repeated previous criticism that the government was guilty of wasteful spending.

National would be prioritising a national EV charging network and planning reform such as faster consents for projects involving renewables.

Luxon said the Emissions Trading Scheme was critical and should contain other carbon removal options, such as blue carbon, natives, and carbon capture.

Rather than give funds to the likes of Heineken, he said the biggest thing to do would be to pour more money into research and development on reducing agricultural emissions although he does support the government’s approach to agriculture in the Emissions Reductions Plan.

“Essentially there is no carbon emission or technology roadmap that actually gets us through agricultural emissions. We should back ourselves as New Zealanders to lead the world on that and I think we need to change our mind and our mindset on agriculture to do that.”

He believes farmers understand that consumer behaviour is changing and there is a need for the industry as a whole to come up with solutions on agricultural emissions.

“Farmers get it… Their farming practices today are different from 15 years ago and they’ll be different in 15 years’ time.”

Unlike transport, there was no roadmap for them to work towards to get rid of emissions and the country needed to back them to solve the problem rather than regard them as “villains”.

He told Morning Report there were two perspectives on the issue.

National was saying the Emissions Trading Scheme can be relied on to set a price which will encourage businesses to decarbonise to offset that cost.

The government has now said it would help support that change and National was querying whether this funding would “crowd out” measures that businesses would have paid for themselves.

The new contestable fund would help ensure changes could be made at pace and at a scale that ensured the government’s net zero goal would be met by 2050.

Many businesses did not have the technology to make significant change, Hope said.

For some businesses their capital budgets would have to triple to decarbonise, for example, if they needed to move away from coal boilers to electrification.

“Massive costs, massive capital… The government is saying we want this to go faster and we’re willing to help support that.”

The ETS price has already moved and is having an impact on the economy, Hope said.

“So the quicker that businesses can adapt and innovate, and that’s what those funds are for, to decarbonise, the lower those costs for emissions and the costs that are borne by the community.”

Hope said the contestable fund would not be available forever, it would help get the country to the net zero goal as quickly as possible and at the least cost to the entire economy as possible.

“Of course there will be businesses that are heavily impacted by the cost of their emissions and their ability to do much about that at the moment [is] very little.”

He said it was a positive that both major political parties had signed up to the Emissions Reduction Plan and that provided businesses with the certainty to invest in changes.