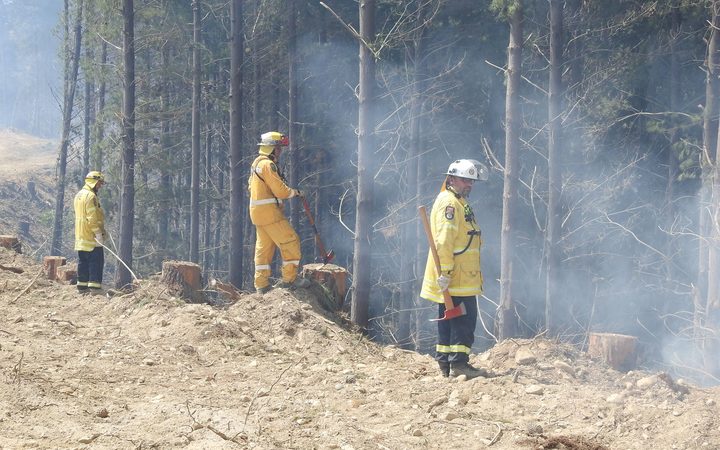 Fire crews working to put out the Tasman fire are hoping to have a 30-metre ‘blackout’ zone around its perimeter by the end of the day.

A blackout zone is defined as a cold area where nothing is burning. That’s been helped by 8mm of rain that has fallen on the site since 5am.

One hotspot flared up overnight, causing a new fire, but crews were able to extinguish it quickly.

Officials are happy with progress but are reminding people the fire is still not out and the state of emergency remains until Wednesday.

The heavy rain hitting the centre of the country today has been warmly welcomed by people in the Tasman fire zone.

Nelson Tasman Civil Defence took to social media with a video showing raindrops in Wakefield, near where the fire still poses a threat to homes.

Today the Iwi Liaison Group celebrate the rain that has fallen, and Shane Graham introduces Aroha Gilling who has been playing a pivotal role in the team throughout the emergency. There’s also updates from Barney Thomas and Dexter Traill – and plenty of good humour!

MetService meteorologist Steven Glassie said the relief would be short-lived, however.

“Around Tākaka hill they received the most I think – around 30mm recorded and unfortunately that’s clearing this afternoon and it’s not looking like there’s going to be a lot more in the next few days.”

Mr Glassie said the heaviest rain will fall in eastern parts of Marlborough, before moving up the east coast of the North Island during the afternoon.