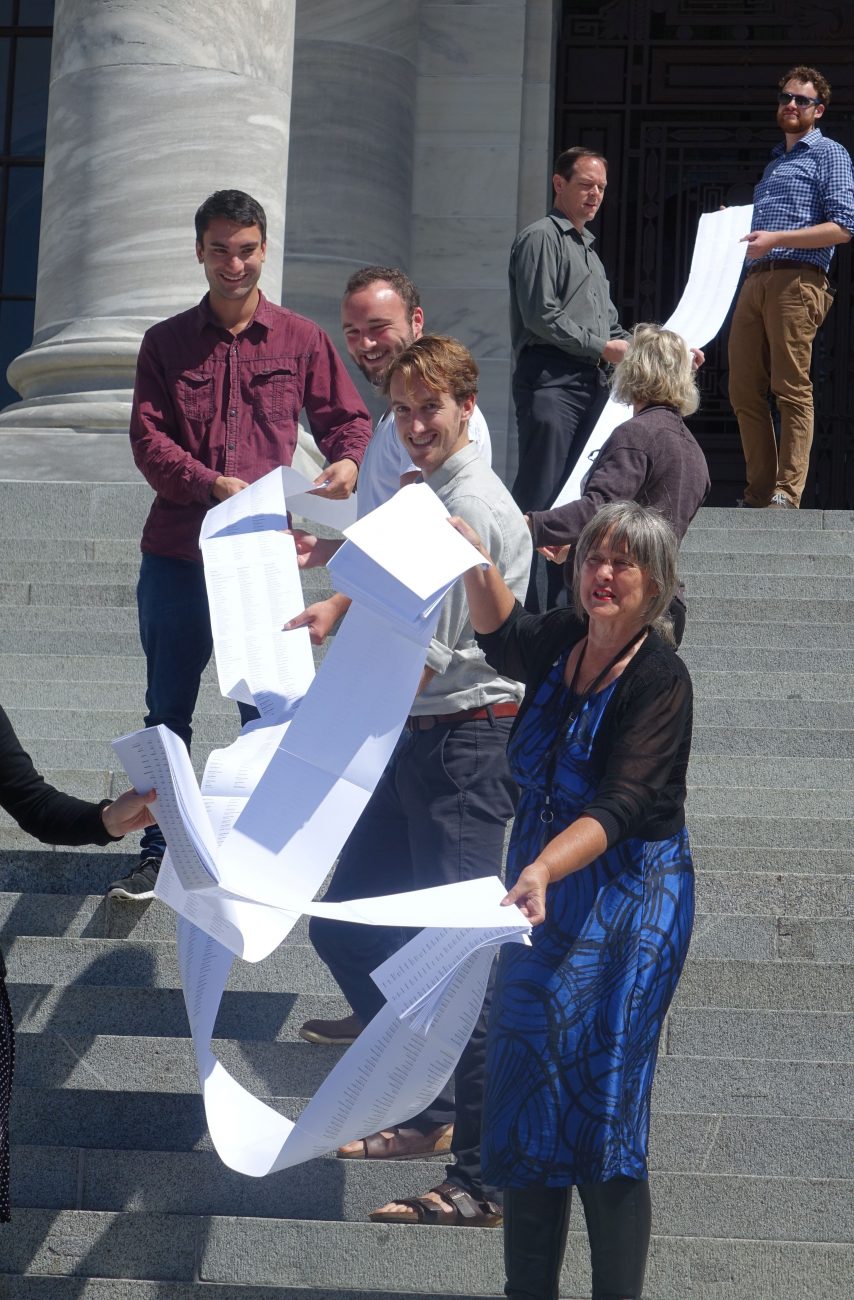 The Green Party has delivered a message to the government calling for the standard for freshwater to be raised from wadeable to swimmable.

On Wednesday afternoon, Green MP Catherine Delahunty displayed a list of 12,000 names supporting the call on the steps of Parliament.

Environment Minister Nick Smith was expected to make a freshwater announcement in Auckland on Thursday.

Ms Delahunty said she hoped the minister would announce something robust and genuine to improve river quality.

“So their expectation is that the government will change the national policy statement on freshwater to make it truly swimmable.

“Nick Smith’s about to make some announcement on water – he needs to listen to the people of this country,” Ms Delahunty said.