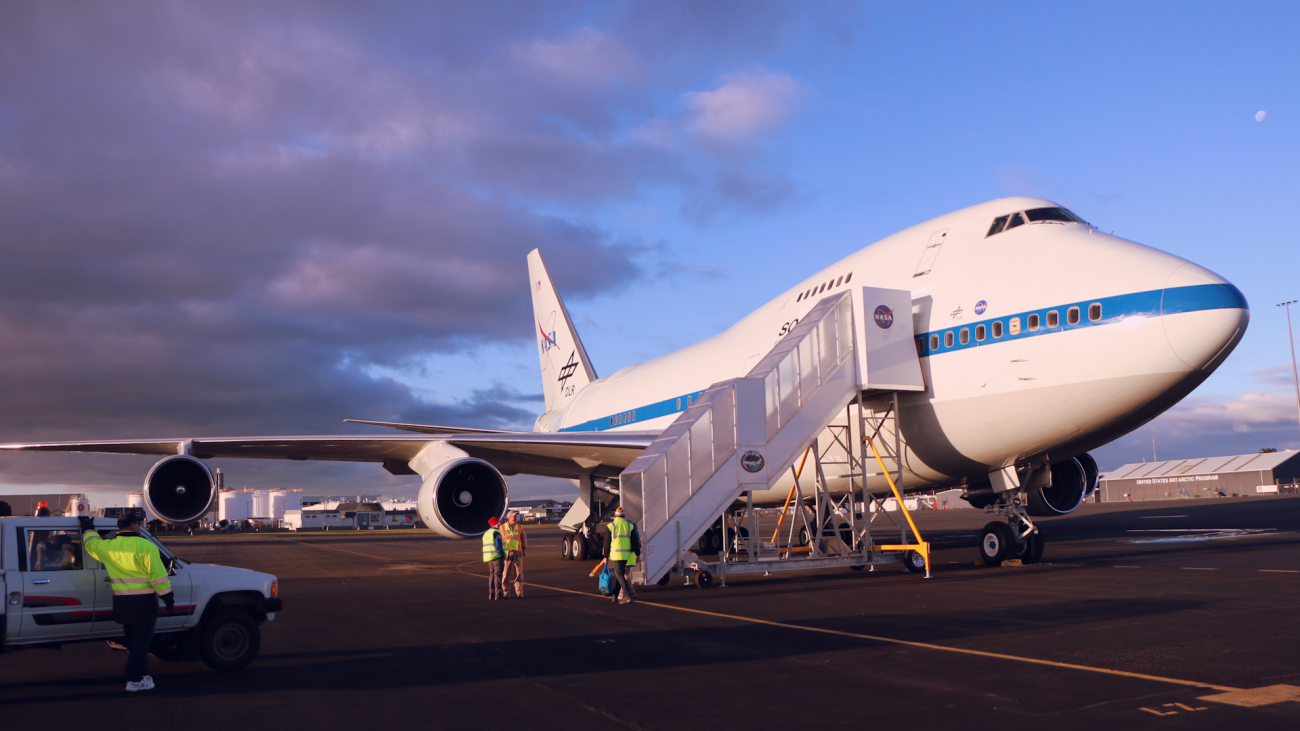 The world’s largest airborne observatory has returned to Christchurch for a fourth season, to gather data from stars, planets and galaxies that can be observed only in the Southern Hemisphere.

SOFIA – the Stratospheric Observatory for Infrared Astronomy – is a modified Boeing 747 aircraft with a 2.5 metre telescope inside.

The project is a joint venture between NASA which runs the programme and the DLR (German Aerospace Centre) which built the telescope.

The plane arrived in New Zealand in June and will complete 28 flight observation missions – each 10 hours long – during its deployment there.

SOFIA’s project scientist, Kimberly Ennico Smith, said Christchurch was an important base for the SOFIA, as it could take advantage of the long, dry winter nights there.

Dr Ennico Smith said it would use the telescope to gather information about a range of objects in space that were light years away.

“We’re studying our Milky Way galaxy, our neighbouring galaxies the Magellanic Clouds, and we are even studying other galaxies [further away],” she said.

She said they were particularly interested in learning more about the birth, life cycle and death of stars – in the hopes of better understanding the history of the universe.

“We’re after [answering] questions like, ‘what are we made of? where did we come from?'” she said.

The SOFIA will return home to Palmdale California in August.