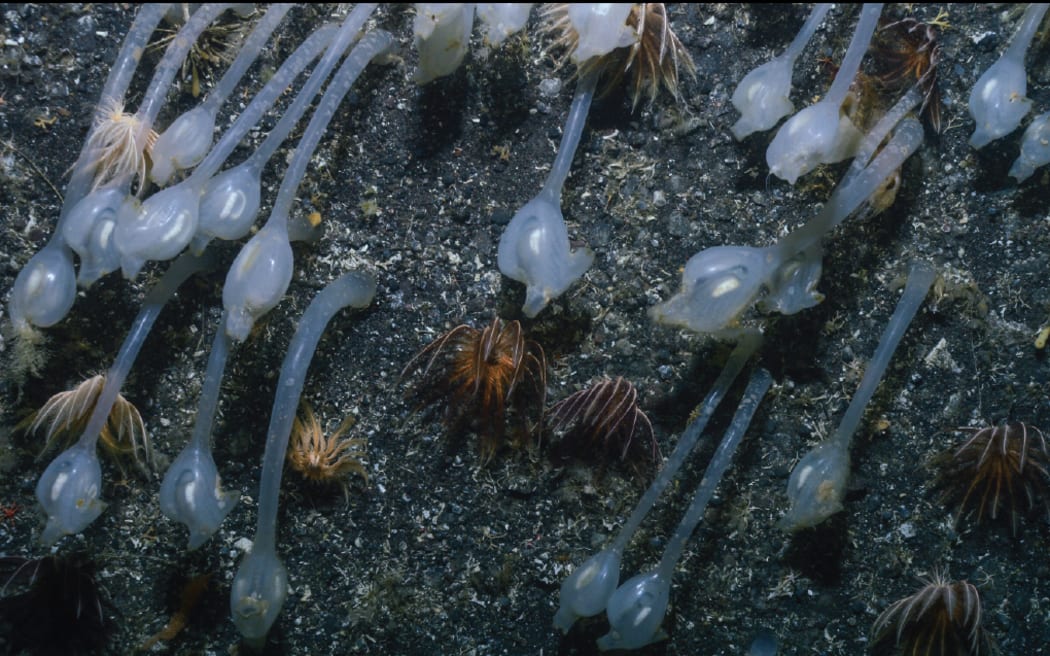 Antarctica is a continent of extremes. The coldest. The driest. The windiest. It pushes life to the very limits. Living things down there have evolved some weird and interesting adaptations, which researchers are still discovering.

Descending through the ice on a dive in Antarctica, Dr. Sarah Seabrook was struck by how alien it looked, like she could have been diving on Europa, one of Jupiter’s icy moons. The dark volcanic sediment at the underwater base of Mt Erebus brought a white fluffy mat into sharp focus, like snow scattered on the seafloor.

It was 2016 and this fluffy mat was the reason that Seabrook was there, diving in the area as part of her PhD research. Under the supervision of Dr. Andrew Thurber of Oregan State University, Seabrook was able to confirm exactly what it was – a mat of methane-loving microbes attracted to the area by a methane seep.

Methane is a gas – the main component of natural gas and a potent (albeit relatively short-lived) greenhouse gas. It can be produced by microbes on land that live in landfills, the soil, or in the stomachs of ruminants, like cows and sheep. But it is also produced when old organic matter is broken down by high temperatures and pressures in rock deep under the ground.

Methane seeps are what happens when this trapped methane reaches the seafloor surface and leaks out. These seeps support amazing and weird deep-sea habitats, the foundation of which are microbes that can make energy from methane, in the absence of light. Methane seeps are found at tectonic plate margins around the world, but their presence in Antarctica is poorly understood.

This is what Seabrook wants to investigate.

She has gathered further evidence of seeps and gas plumes in other areas of the Ross Sea that hint to a wider network. With another research trip to Antarctica planned in 2023, she’s hoping to figure out the puzzle of methane seeps in Antarctica, and the weird living things that they support.

Dr. Sarah Seabrook’s work at NIWA is supported by the Antarctic Science Platform and the New Zealand Antarctic Resilience initiative. Previous research discussed in this episode was supported by the National Science Foundation and Oregon State University in the United States.

UV light, temperature fluctuations, drying out, byproducts of metabolism – all things that can cause damage to an organism’s DNA. Bacteria living in the McMurdo Dry Valleys, one of the driest places on earth, are under constant bombardment and Dr. Adele Williamson, senior lecturer at the University of Waikato, is interested in learning about how they protect their DNA.

All living things have DNA repair systems to fix damage, but Williamson figured that these bacteria might have a few extra tricks up their sleeves to help cope with their extreme environment.

By sequencing the bacterial genomes found in samples taken from the Antarctic Dry Valleys, she can search for DNA repair protein genes, coax bacteria in the lab to make these proteins, and then test how they work in the lab. In this way, Williamson, and her PhD student Liz Rzoska-Smith, are hoping to unravel the mystery of how they can survive in such harsh conditions, and perhaps discover some useful protein tools that scientists can employ in the lab.