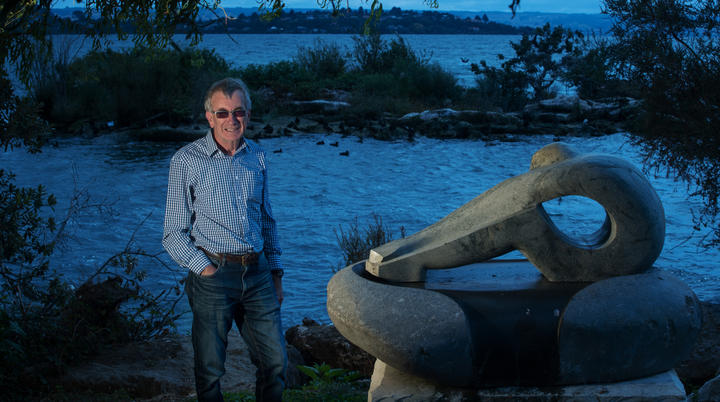 New data shows a marked improvement in the water quality and health of Rotorua’s lakes, but some say it’s too soon to start celebrating.

The data comes from the Rotorua Te Arawa Lakes Health Summary 2019/2020, which was presented at the Bay of Plenty Regional Council Strategy and Policy Committee meeting in Tauranga on Tuesday.

A report by council officers said reporting on the Rotorua lakes’ quality had changed to a dashboard format “which provides a more complete assessment of the state of the lake”.

The dashboard included a trophic level index – a grading system for the health of New Zealand lakes – as well as ecological and cultural measurements.

The index measures nitrogen, phosphorous, water clarity, and chlorophyll-a in lakes, resulting in a number grading.

The results showed seven of the 12 Rotorua lakes met index targets in 2019/20.

This was a stark improvement on the previous year, when all 12 lakes under the regional council’s purview failed to meet the targets.

The report stated while the improvements were promising, “long term trends remain the best indicator of water quality”.

In the meeting, regional councillor Lyall Thurston said the council had to “ramp up” its communication regarding the Rotorua Te Arawa Lakes Programme.

“There’s huge, widespread confusion in the Rotorua community and it’s not even summer yet.

“The problem with the lakes are driven by human beings. We’ve trumpeted the fact we’ve turned the lakes around and that we are on the home straight but with [the 23 October] algae bloom arriving at this time of year … the writing’s on the wall.

“It’s a considerable concern to a lot of people.”

On 23 October, a health warning was issued for Lake Rotorua and the Ōhau Channel, with the regional council reporting a bloom of potentially toxic blue-green algae.

The composition of native and invasive plants was found to be in a moderate condition in most lakes, with the exception of Rotoiti, which scored poorly, and Rotomā and Ōkareka, which scored highly.

Catfish were abundant in Rotoiti and common in Lake Rotorua, but no evidence of the invasive species had been found in other lakes.

After the meeting, Te Arawa Lakes Trust chairman Sir Toby Curtis said the iwi was “very comfortable and very pleased with the progress” on the lakes.

“It isn’t on the point of disaster or going down a disastrous path.

“[It’s] on a pathway to improving every time we get a report.

“Perhaps what is even more important than the results [is] that the whole district … are being active in participating in the care and protection of our lakes.”

The Rotorua Te Arawa Lakes Programme is a joint initiative between the regional council, the district council and Te Arawa Lakes Trust, and receives funding assistance from the Ministry for the Environment.

“We’re still really on the journey of restoring the lakes back to pre-1960s levels.

“The lakes are incredibly vulnerable … we still have a lot of work ahead of us and we can’t be complacent.

“It’s easy for everyone to pat themselves on the back and think we’re making good progress … but we’re not there yet.”

“We always recommend that people avoid swimming after heavy rainfall and storms as there can be an increase in e-coli in the water.”

Creagh said the dashboard was presented to help the community better understand the data using measurements such as bathing quality, the “presence and abundance of taonga species” and pests, as well as the trophic level index.

“We wanted to improve the data available – the new dashboard is intended to represent measures more meaningful to lake users.”