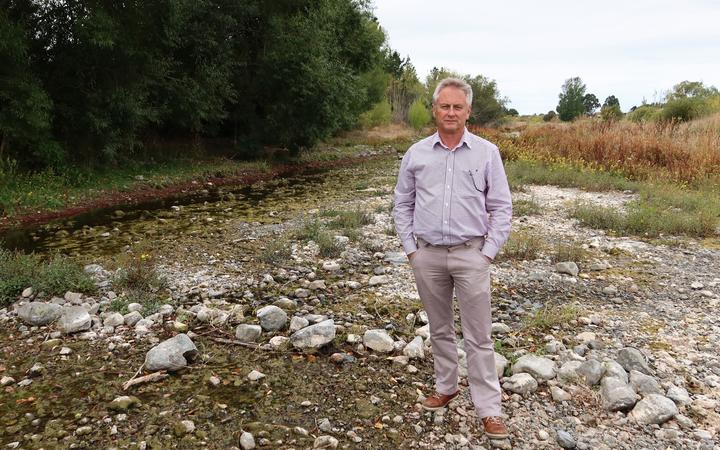 Several rivers in Marlborough are days away from being “shut off” from irrigators, worrying grape growers and farmers who just got through the region’s second driest month in 90 years.

The Rai River was only days from “a total shut-off”, Wadsworth said, while the Waihopai, Awatere and Wairau Rivers had “a few days to a week” before hitting their shut-off thresholds.

The restrictions could affect close to 600 irrigators, including those on the Southern Valleys Irrigation scheme, which drew water from the Wairau River.

The scheme closed last year for a month and left some vineyard operators “hand-carting” water from Blenheim.

“The way things are shaping, some restrictions will be inevitable in the next few weeks. There’s nothing useful forecast for the rest of this month, so there will be some restrictions on our major river systems over that time,” Wadsworth said.

But he hoped the construction of new storage dams last year coupled with the restriction’s closeness to harvest would make them easier for irrigators to manage.

“Water is a very critical resource for growing plants and grape plants … We need the water to get through to harvest and beyond harvest, to get the fruit through the ripening cycle.

“I would say the whole industry is badly exposed. People without mitigation are concerned with not having water this time of year.”

He said the industry was in a “better position” to handle water restrictions than last year, as more irrigation ponds had been put down in vineyards.

January saw the second lowest month of rainfall in nine decades, with just 0.2 millimetres, according to data gathered from the Marlborough Research Centre’s Grovetown station.

The lowest on record was January 1978, when no rainfall was recorded.

Three of the lowest January rainfall totals were recorded in the last five years.

Waihopai Valley farmer Geoff Evans said he would have to pull from back-up water supplies if the Waihopai River was shut off.

“We don’t want to see [river supplies] disappear, because it is a dry patch of weather, and our grass gets burnt off when it’s not irrigated. It would be nice to keep it green, but rules are rules.”

Wadsworth said this week’s rainfall, 12.8 millimetres in Picton and 1mm in Blenheim, had given rivers a “slight lift”.

Renwick residents were warned by the council in January to conserve water, or risk water restrictions this summer.

Wadsworth said water in rivers was running dry after “no significant rain” since December, when most rivers were more than double their flow rate.

The Onhinemahuta River, in Onamalutu, reached about four times its normal flow rate, he said.

But this year saw the driest January in the station’s 20-year record, the spokeswoman said, with only 2.8mm of rainfall recorded during the month.

She said “warmer than normal conditions” were forecast for February, with Marlborough expected to “continue being dry”.

Wadsworth’s report was received by the council committee. Irrigation users can keep track of irrigation changes on the council’s website, or join the Antenno app for phone updates.