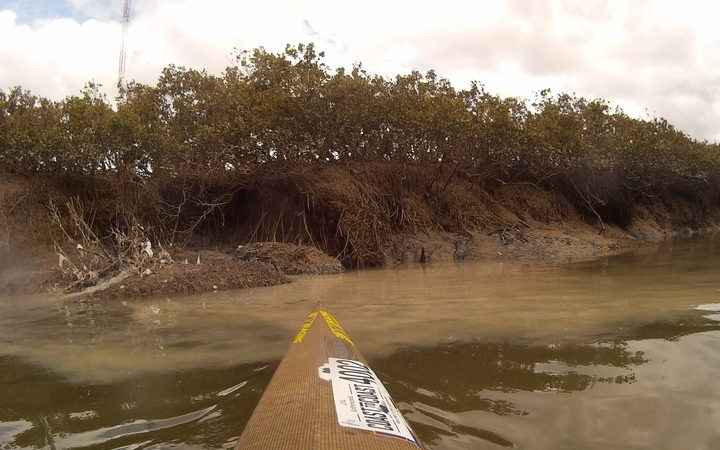 West Auckland residents are taking it on themselves to test the water quality of their river in order to make sure it is swimmable.

The group was formed last year after locals became increasingly concerned about the Henderson Creek, also know as the Taipari Strand in the Te Atatu Peninsula.

The creek begins in Henderson, narrow and wedged between parks and industrial buildings, before it widens out like a ribbon alongside Te Atatu Peninsula and then into Hauraki Gulf.

Its co-founder, Russell Cavanagh, said the area is used a lot for recreational activity

“The water is extensively used by locals [for] swimming, fishing, water-skiing and [so on],” he said.

Mr Cavanagh said that was why it was important for the community to do their bit.

Safeswim has an online website that notifies users about water quality at specific sites, but currently there is not a site for the Taipari Strand.

“A Safeswim model left to Auckland Council is going to be years away…they simply cannot be everywhere at once, but locals can be testing the water as we’re right here,” said Mr Cavanagh.

So far ten volunteers have been trained on how to take samples and store them before sending them off to labs to get tested.

Mr Cavanagh said this was an important collaboration with Safeswim.

“This is the first time that Safeswim will be working with a community environmental group to take water samples for the Safeswim model in a brackish water (salt and freshwater) environment.”