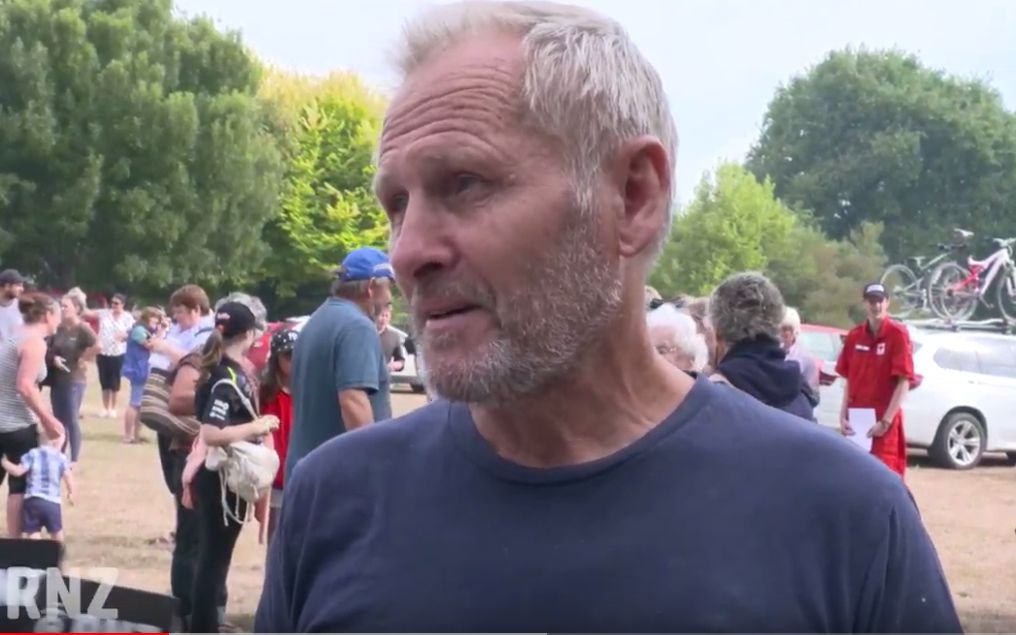 Nelson fire evacuee Beverly Frizelle says the fire came within a few metres of the buildings at her home in Redwood Valley.

She said it was miraculous that more properties in the area were not burnt down.

“I’m sure that protected us so it was a miracle we believe that worse wasn’t done,” Ms Frizelle said.

An evacuated farmer said the fact that his animals might not have been fed since Tuesday was stressing him out.

Ivan Neal, who lives at the head of Redwood Park Road, was evacuated earlier this week, after the flames came up to his boundary fence.

He said the fire hasn’t damaged his property but there has been no confirmation his 20 cattle and several chickens have been fed, and he wanted answers.

Mr Neal said the police have had plenty of opportunities to escort him and the five other Redwood Park farm owners back to check their livestock.

Some residents evacuated from the bush fire near Nelson didn’t even get the chance to get spare clothing, before leaving everything behind.

Don Maclean from Pigeon Valley evacuated with his family to his mother’s house in Wakefield, before they were forced to move again to his cousin’s place.

He said the only clothes he has are the ones he’s wearing, as he was at work at the time everyone had to evacuate.

“We got a wee bit caught out because we didn’t sort of get the message that we were meant to prepare for the evacuation – which we were – but then yesterday seemed quite calm so we went off to work as usual.

“Then we couldn’t get back to our house, so what I’m wearing is pretty much what I got,” Mr Maclean said.

He added that last night the fire was only about 300 metres away from his property.

Evacuees attending community meetings in Hope and Appleby today were grateful for the massive effort that has gone into fighting the fire.

They told RNZ it was a miracle that so few buildings have been damaged and the brave work of fire crews was humbling.

However, many residents from the affected area are worried about pets and farm animals they have left behind.

The Ministry for Primary Industries told residents it has checked drinking water and opened gates for animals on 60 properties and was hoping to visit more.

The Ministry for Social Development also offered its help at the meetings, and says children in particular are likely to need support.