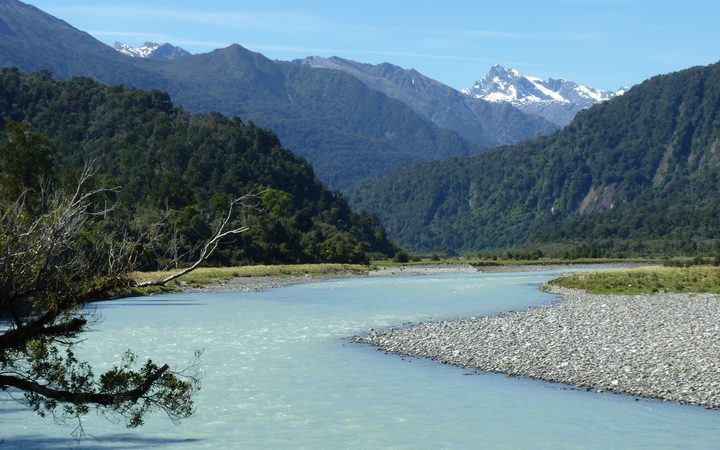 The company hoping to reopen the old Sugarloaf quarry in South Westland says it needs access to stewardship conservation land to minimise visual impact, maximise the resource and do the job safely.

Kokiri Lime Ltd holds the mining rights to the former Westland Catchment Board and Ministry of Works quarry at Karangarua, between Fox Glacier and Bruce Bay, and is waiting to hear if the Department of Conservation will grant consent for it to operate on 15ha within the mining permit area.

The project is strongly supported by manawhenua and the West Coast Regional Council – but opposed by conservation groups including Federated Mountain Clubs, who want the decision taken out of local Department of Conservation (DOC) hands and handed up to the Conservation Minister.

The quarry is about 7km away from the start of the popular Copland Track, but cannot be seen from the track or the highway, and the land has been described as “lower value” by DOC’s terrestrial ecologist.

West Coast Conservation Board member Neil Silverwood – vice-president of Federated Mountain Clubs – also raised the issue at the board’s recent meeting, claiming that about a hundred trees, including some 500 years old, would be destroyed if access were granted.

Kokiri Lime director Mackley Ferguson has said previously that the quarry could be accessed through private property, rather than the conservation land.

But he said that would limit the amount of rock that could be extracted, and potentially have more of an impact on the site.

“The reason we want the DOC side is so that we can go in from the top, bench it all properly, make the most of the resource and avoid leaving scars on the land.”

That would also be the safest way to run the quarry, Ferguson said.

“The WorkSafe legislation is the overarching thing – we have to minimise risk for the workers.”

Kokiri Lime hopes to tender for at least some of the $12 million Franz Josef flood protection project, approved for funding by the government last month.

The West Coast Regional Council is expected to call for tenders for the rock supplies and stopbank work shortly.

Meanwhile, Ferguson has complained to the Auditor General’s Office and the Commerce Commission about a long-term rock supply entered into by the regional council when it sold its Whataroa quarry rights to Greymouth company MBD last year.

The Whataroa quarry and Sugarloaf – if it opens – are the only two sources of armour rock in South Westland.

Regional council chairman Allan Birchfield has defended the supply deal with MBD, saying it was not exclusive.

The council had encouraged the Sugarloaf quarry plans in the hope of fostering healthy competition in the industry, he told the Greymouth Star last month.