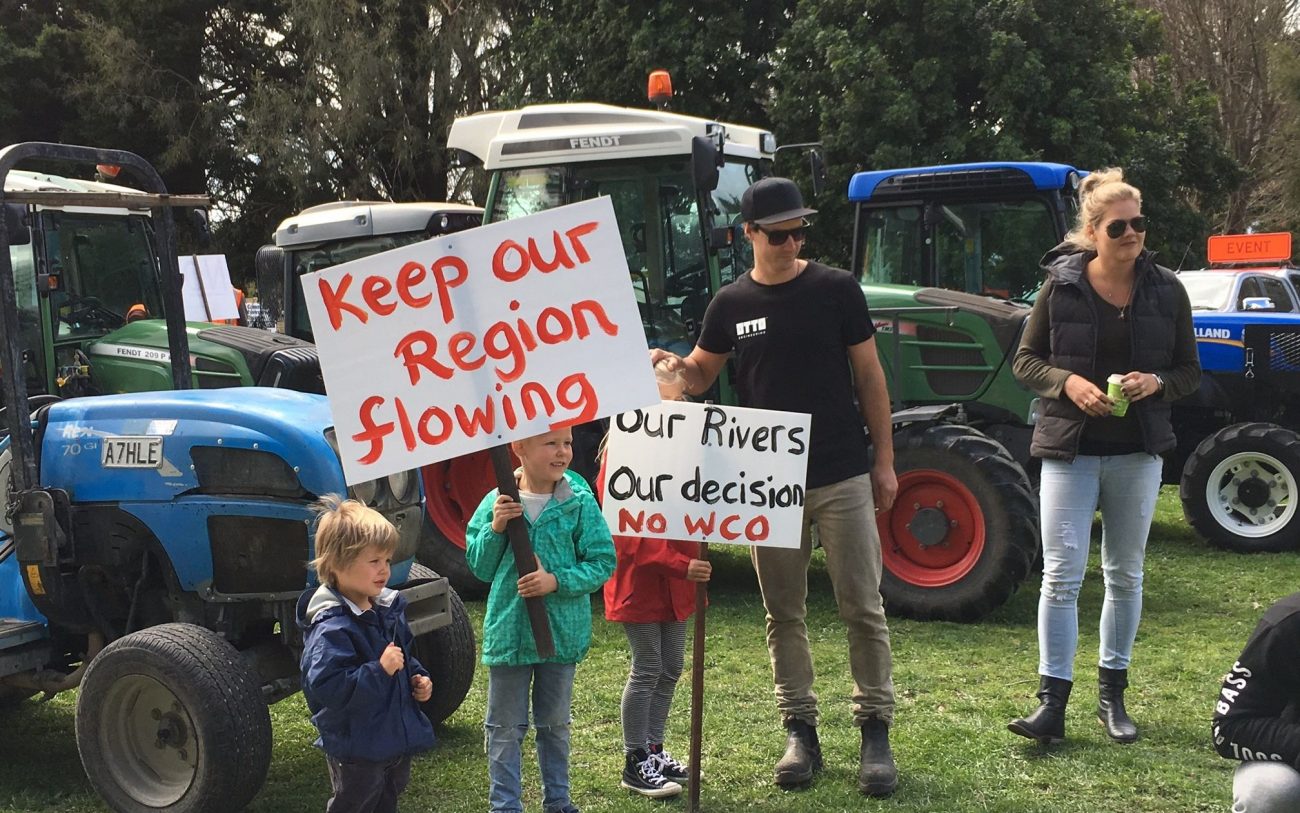 Hundreds of protesters on tractors rolled into a small town in Hawke’s Bay today to object to proposed water conservation orders.

About 300 tractors rolled into the small town of Clive on Tuesday afternoon.

It follows an application by groups including the Fish & Game council and Whitewater New Zealand to place water conservation orders on two of the region’s largest rivers, the Ngaruroro and Clive.

Orders were first sought in 2009 but Fish & Game said they would not affect existing resource consents and protesters had failed to understand the intent.

Fish & Game New Zealand chief executive Bryce Johnson said critics had not bothered to read the proposals and he would be happy to meet the groups and explain.

Water conservation orders, which fall under the Resource Management Act, are designed to recognise and protect the outstanding values of particular bodies of water.

Some people said they feared the orders could have serious effects on the region’s rural sector, but Fish & Game accused protesters of ignorance.

Jerf van Beek, who chairs a growers’ cooperative, said it was disappointing conservation orders were sought.

He said the region only used 2 percent of its allowable water allocation and that included use for primary production.

“Without the water we cannot produce what we’re so well known for – the high quality produce that we can get high value for.

“[That means] we can pay our staff well and we can make more investment so more tamariki, more young people, can actually come and join us in our industry. We now have to say this is actually really shaky ground.”

Mr van Beek said the turnout of urban Hawke’s Bay residents showed it was not only the rural sector which would be affected if restrictions were introduced.

“These things just cannot happen and that’s why we’re so angry and why the community is right here now supporting us.”

Waiora Tareha, a solo mother supporting a 5-year-old daughter, works at the Bostock Orchard. She said she was very concerned about what would happen if water conservation orders were put in place.

“The worst thing would be that they’d have to stop all production entirely, so that would be shut down all their businesses because we all doubt that they would be able to grow and manage enough crops to export overseas to make enough money.”

However, Fish & Game New Zealand chief executive Bryce Johnson said the water conservation orders were first sought in 2009 and he believed locals were ignorant about what was involved, including that the orders would not affect existing resource consents for water.

“That’s explicitly stated in the statute and I just don’t think critics have bothered to read that.

“We would be more than happy to meet with these groups and talk them through the legislation, explain what our aspirations are for this and how it won’t really affect their existing takes.”

The Environmental Protection Authority said a hearing for the water conservation order applications may take place before the end of the year.

So far, conservation orders have been granted for 15 rivers and lakes.