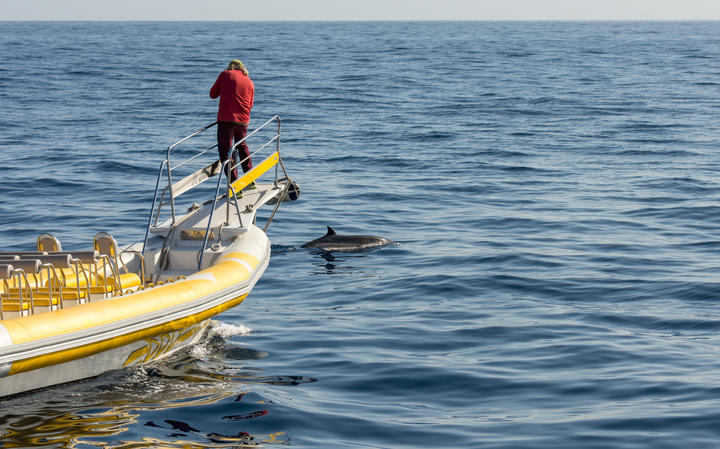 Three marine scientist roles have been saved from redundancy at Otago University by the department’s head falling on his sword, following a protest and petition.

The proposal to keep the other three staff was drawn up by Prof Dawson and the department, and has been accepted by the university. It follows opposition from scientists in New Zealand and overseas, a campus protest, and petition against the restructure signed by more than 6000 people.

Under the Management of Change programme, the university had proposed saving money in the department by cutting the roles and selling a number of assets.

Under the department’s proposal, the same savings targets were found from Prof Dawson’s retirement, the sale of two small boats, and stricter use of their larger boats.

The move was the most ethical way to safeguard the department’s work on the marine environment and native species, Prof Dawson said.

“All of our people work directly on issues of climate change or sustainability, so we’re really, really relevant to the crisis facing humanity right now.

Prof Dawson praised the university for being open to the new plan.

“The committee got 232 submissions from all over the place, internationally, from different universities. And our students really, really came to the party. It was wonderful to see that level of support.”

Marine Science student Max Harvey said many students were shocked when the proposal was made public.

“We thought it was extremely short-sighted and thought there had to be a better way.

“It just seems absurd that was going to happen at such a time in history where we need marine scientists and scientists in general more than ever.

“New Zealand is an island nation … so being able to understand and predict what sort of changes are going to eventuate from climate change, ocean acidification, ocean warming, plastic pollution and a variety of other challenges … are going to help us and improve human well-being.”

Prof Dawson has been at the university for 30 years. He will retire in 18 months, and said he hoped to retain ties with the department.

“There’ll be a lot of things I’ll miss. I love teaching, and I’ve got amazing colleagues, and wonderful graduate students. The most wonderful thing … is working with the students and dealing with young smart people that are enthusiastic about what they’re doing is a wonderful thing.

“I felt strongly that if by going early that process would add security to some of our younger staff who are genuinely excellent – take them off the table so to speak, I thought that was the ethical thing to do.”

He said the university ran several long term programmes on whale and dolphin populations which produced data that had been important to help protect the species in New Zealand.

“Each of those populations has had some kind of management that to a large extent has rested on work that our research group has done.

The state of the marine environment

It showed most habitats created by plants and animals are declining, and at least 80 percent of New Zealand’s species of coastal birds at risk of or threatened by extinction.

The authors said there were significant gaps in New Zealand’s data and understanding of its marine environment.

“These gaps present opportunities: to develop a national picture through co-ordinated monitoring, and to grow our knowledge about specific places.”