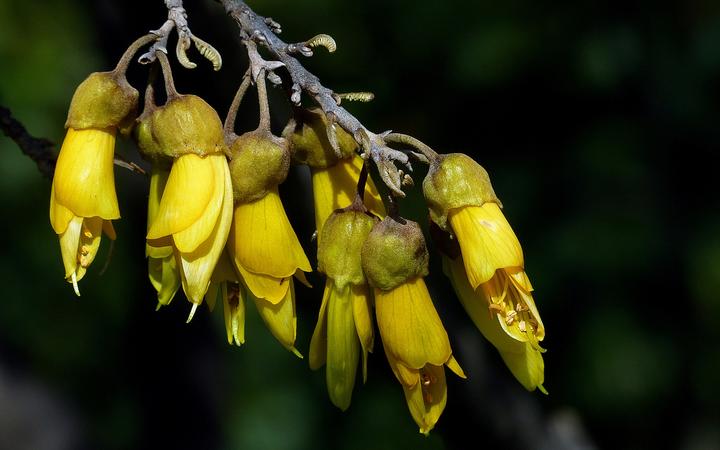 New Zealand has a new insect, similar to the hobbit it’s named after, its discoverers say.

Scientists Francesco Martoni and Karen Armstrong of the Bio-Protection Research Centre at Lincoln University have identified the tiny Psylla frodobagginsi – which they say might also be living on your kōwhai tree.

Frodo Baggins is a small, fictional character in JRR Tolkien’s The Lord of the Rings.

Like the famous literary character, the insect is smaller than its relations and is found in the South Island, where the majority of the Lord of the Rings and Hobbit movies were filmed.

The discovery was made as part of Dr Martoni’s PhD research, which also solved an 87-year-old riddle about the level of variation in what was commonly called the kōwhai psyllid: There were two different species.

In 1932 scientists saw that there were quite a few variations in the kōwhai psyllid (Psylla apicalis), and raised the possibility it might be more than one species.

For his thesis, Dr Martoni was able to describe consistent differences between two types collected from kōwhai trees in 21 South Island locations – including urban locations in Invercargill, Lincoln, Amberley and Westport – and separated them into two distinct species.

“Psylla frodobagginsi can be identified most easily by its small dimension, light colours, and uniformly spotted wings,” he said.

The scientists also explained how they chose the name.

“It was chosen due to the smaller size of this psyllid species, together with the fact it is native to New Zealand.”

Although Dr Martoni collected insects in the South Island only, he said it was possible P. frodobagginsi was also present in the North Island.

He said it also showed how important it was to continue analysing New Zealand’s native species.

“Without ongoing, targeted taxonomic studies, species such as P. frodobagginsi effectively ‘hide in plain sight’ contrary to a common notion that new species are only to be found in uncharted or non-urban environments.”