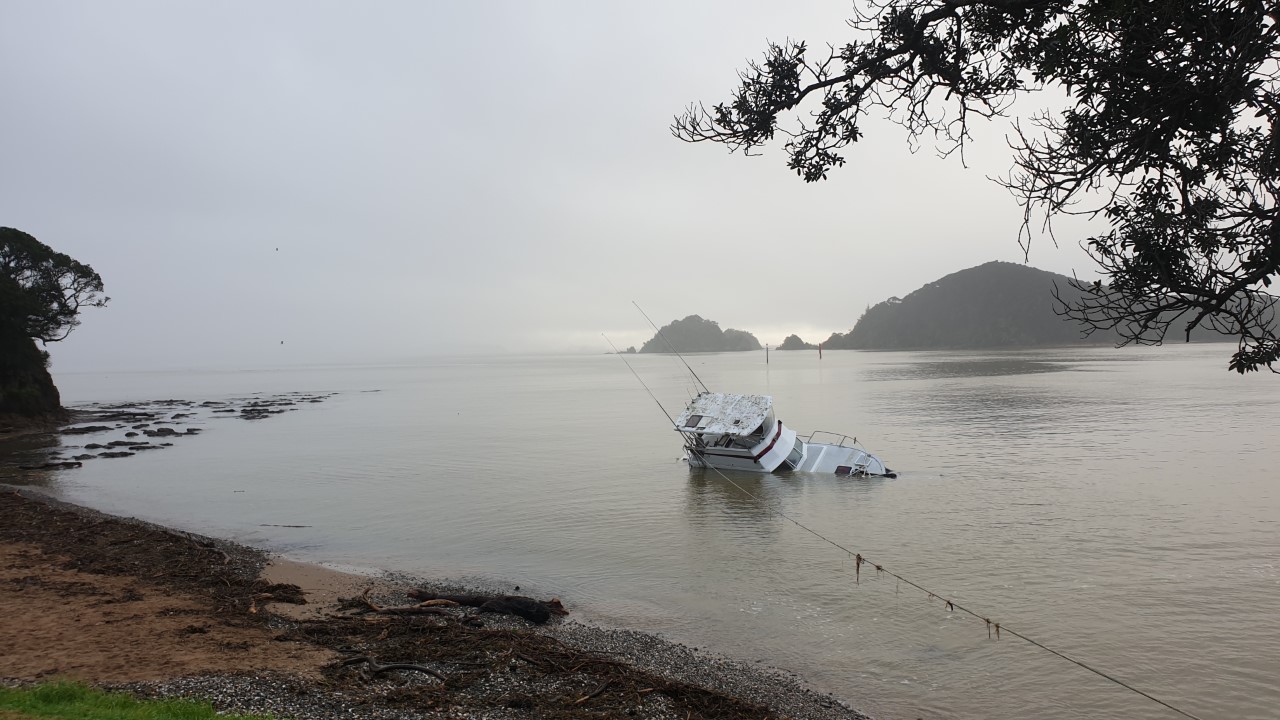 As the flood waters recede in Northland the full extent of the damage from the weekend’s deluge is becoming clear.

After months of near-crippling drought more than 200mm of rain fell over 10 hours from Friday night.

The main road into Kaitaia remains closed by massive slips.

The Waiharakeke Stream near Kaikohe has slowed to a raging torrent after bursting its banks and flowing into the small town of Moerewa.

Most people have been able to return to their homes, often to find them caked in mud and strewn with debris, and some are uninhabitable.

Moerewa residents are becoming sadly accustomed to the floods, which seem to come every couple of years now.

Mike Butler is well rehearsed in dealing with the devastating – and dangerous – floods.

He spent the weekend sorting out the overflowing septic tanks, checking on vulnerable members of the community and arranging for a tangi to move from the flooded marae to the church.

“We’ve got this old saying ‘it usually takes Mother Nature three days of solid rain, but we wear it on the third day’. There was no rain, but it was the water – the after effects of the overflow of the water from the mountain.”

He is still not sure how many homes have been left uninhabitable by the floods – at least seven in Moerewa but there could be more up the valley, which he hasn’t been able to access.

On Pembroke St, Skip Kidwell ‘s family home is still surrounded by water and not for the first time. He thinks this might be the fifth time its flooded.

Kidwell has lost faith in the council and government coming to help.

“There’s business planning that stops at Whangārei. It doesn’t go anywhere up this way.

“They want Whangārei to Hamilton to be one super highway, but there’s nothing past Whangārei. Everything stops at Whangārei. No money comes up this way.”

Many Northland farmers who’ve been struggling as a result of the drought now find their paddocks completely under water.

There’s a vast plain between Whangārei and Kawakawa could almost be mistaken for a lake if it wasn’t for the tops of fence posts and the farm houses on raised ground surrounded by water.

Sam Davis runs a cattle farm just north of Moerewa and said his farm was three quarters under water, with little land left to move the cows to higher ground.

Minister of Civil Defence Peeni Henare visited the region yesterday and said it would be a few days yet before the full extent of the damage is known.