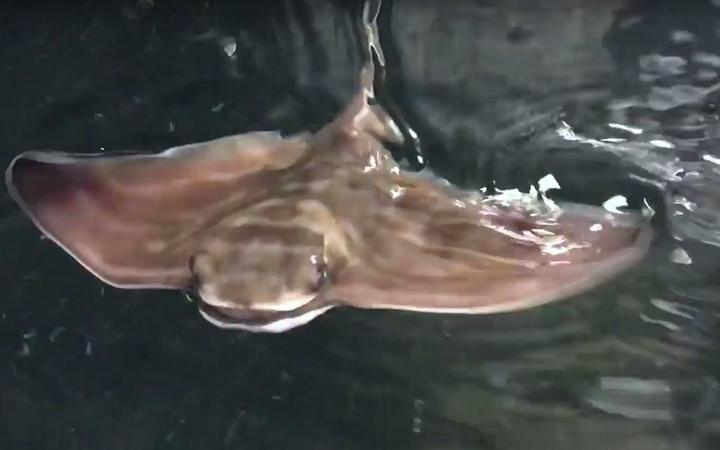 Kelly Tarlton’s Aquarium is celebrating the arrival of a fever of newborn eagle ray pups – born to mothers who have not been near a male of their species in three years.

Louise Greenshields who is a member of the animal care team said they noticed two females in the fish tank at the main oceanarium were pregnant because they were looking “quite round”.

There are two theories circulating on how the females became pregnant – one is parthenogenesis, which means an embryo can develop without male fertilisation.

“So it’s a pretty rare reproductive strategy that they’ve got that rays are able to do,” she told Morning Report.

“And the other theory that we’ve got is that they’re actually able to store sperm. So we did have a male in the tank about three years ago and it’s possible that the two females would have been storing that sperm in their reproductive organs ready for when they decided the time was right to give birth which interestingly was within about five minutes of each other.”

Eleven pups have been born and they are being kept in a tank in the back area of the aquarium so they can get a better food supply and have some space to grow before going back in the main aquarium.

They are being fed a diet of chopped up pieces of fish and mussels and “are doing really well”.

Greenshields said it was a perk of the job to be able to look after them.

“We’ll keep them out back until they grow a little bit more because at the moment their wing span is only between 20 and 25 centimetres so we can grow them up a bit and make sure they’re all happy and healthy and feeding okay which at the moment they seem to be and then we can pop them out and everyone can come visit.”

The eagle rays are found in New Zealand waters although sometimes people confuse them with stingrays.